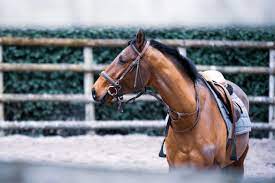 The 2021 Belmont Stakes was won last week by Essential Quality who claimed the $1 million prize purse and proved that favorites do sometimes produce a winning result. It was a thrilling race at Belmont Park and another reason why this Triple Crown race is worth watching beyond those occasional post race expletives.

The Essential Quality victory will be notable for the fact that it gave Brad Cox his first ever victory in a Triple Crown race. However, things could get all the more sweet if the Bob Baffert trained Medina gets disqualified from its recent Kentucky Derby victory. If this happens, Cox would be declared to be a Derby winner. All of which could make 2021 a year to remember for the 41-year old racehorse trainer.

All about Essential Quality’s epic win

Essential Quality went into the 2021 Belmont Stakes as the 6-5 favorite, and hopes were high that the racehorse and jockey Luis Saez would have what it takes to make light work of the 153rd installment of this Triple Crown race.

However, things didn’t go according to plan to begin with when Essential Quality fell behind to Hot Rod Charlie who managed to get an excellent start to the race. As such, there were real fears that the Brad Cox-training horse would fail to make up the distance across the 1.5 mile race.

But by the final turn Essential Quality showed some incredible endurance to pass Hot Rod Charlie and hold on to the winning position in the final stretch. It was a disappointing day for Rombauer who could only claim third place despite winning the Preakness Stakes earlier this year, while Known Agenda managed to finish in fourth position.

It was a magnificent result for Essential Quality who had disappointed in the Kentucky Derby earlier this spring. This saw the gray colt only able to claim a fourth place which was an underwhelming result considering the racehorse had been a favorite among the racebooks featured at horsebetting.com/us/ having been marked out as being one of the most promising three-year olds in the nation.

The return of spectators to horse racing

The Belmont Stakes wasn’t just notable for the racing excellence of Essential Quality. After all, the racetrack in Elmont, New York welcomed a crowd of over 10,000 with all of the attendees having to prove that they had either been vaccinated or could produce a negative Covid test. With continued good news regarding the containment of the virus in New York, it’s hoped that the racing industry will get back to some kind of normal over the coming months.

The fact that the Belmont Stakes was held at its regular date will have been warmly welcomed by many. This is in marked contrast to last year where the race was run as the first race of the Triple Crown for the only time in its history.

For some people, this year’s Belmont Stakes would have been overshadowed by the absence of Medina Spirit – the Bob Baffert-trained racehorse that failed a drug test after winning the Kentucky Derby. This saw Baffert being forbidden from entering any of his racehorses for the Belmont Stakes and the trainer has even been suspended from the Derby for two years.

All races in Kentucky, New York and Maryland forbid the use of the steroid betamethasone, but a second sample from Medina Spirit showed traces of the drug. Baffert is fighting back against the accusation and hopes are high that the legendary trainer will be able to prove his innocence. All of which could make next year’s Belmont Stakes horse race all the more exciting.