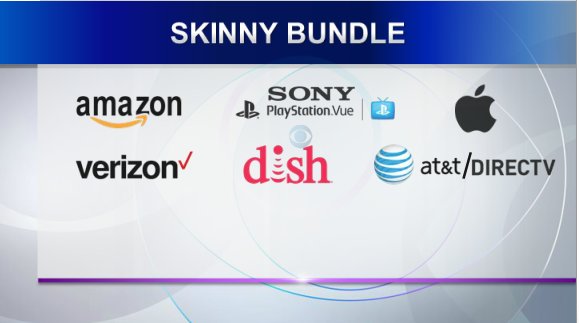 Cord-cutting is the craze everyone who is tired of the establishment media loves to talk about. The narrative for some is that we’ll see a day when big conglomerates and traditional companies like NBCUniversal, Disney, Time Warner, Fox, CBS and major cable/satellite providers will no longer exist or will become minuscule compared to the new kids on the block like Netflix, Amazon, Hulu etc. The belief is that a large portion of viewers are getting rid of their cable packages and rejecting traditional programming to watch edgier award-winning shows such as “House of Cards” or “OITNB” for a cheaper price.

The thing that these folks don’t realize is that broadcast companies are some of the best adapters in the world. They adapted during the transition from radio to television, from black and white to color TV, broadcast TV to cable TV, standard definition to high definition and they’ll continue to adapt with whatever changes we have on the horizon.

One of the ways this adaptation could happen is through cord-shaving. For those not aware, this simply means that viewers are keeping their cable packages but have less channels than what is available in a full subscription – hence the name skinny bundle. Content distributors and content providers are all over the place when it comes to their support for this new approach.

During a CBS investors meeting yesterday, CEO Les Moonves proclaimed that his network is essential to any skinny bundle that comes into existence. Moonves even pointed out the number of companies that are considering or already a part of the skinny bundle business.

At its Investor Day in New York, Moonves said that CBS offers the best of all worlds – its leadership among broadcasters (he said the broadcast network will win this season, making it the 13th time in 14 years it has been the top ranked network – and its CBS All Access and Showtime OTT offerings provide a lower-cost alternative to more expensive programming offerings.

“CBS is essential to any skinny bundle,” Moonves said, adding that the network gets higher fees when it is included in smaller packages like CBS All Access, for which it charges $5.99 per month. “Any way you want CBS – large bundle, small bundle, OTT – CBS is there.”

As companies have noticed customers rejecting full packages in which they pay exorbitant amounts of money for channels they don’t watch, they’ve made the smart play to offer alternatives even if it means getting sued (just ask Verizon). According to a recent research report, 16 percent of consumers will “go skinny” and take on a skinny bundle by 2020. But will offering all of these choices for viewers end up confusing customers even more in the end? And are there enough niche audiences to satisfy having all of these various options available?

There are just so many different options and at some point it becomes overwhelming for viewers to pick and choose what they want. It becomes even harder for any of these services to break through because the average viewer has no idea what the difference is between a skinny bundle, a subscription service and a full on package. Sooner rather than later, this battle for viewers looking for alternative options is going to look like a sequel to The Hunger Games.

The biggest question of them all – how do convince content providers to agree to being on a skinny bundle? By doing so, you’re killing the smaller networks a content provider may own and ruining their profits. For example, if you’re a distributor like Comcast who is trying to offer skinny bundles that include CBS, how do convince Les Moonves to give you the crown jewel without having to take on his pawn shop necklaces like Pop! Network, the Smithsonian Channel or CBS Sports Network?

Moonves has a point when he says that CBS is an essential to any skinny bundle considering how many people watch shows on the network and he could argue that no skinny bundle deserves CBS if the bundle doesn’t include all of the other extensions of CBS’s brand. The real reason he would say this is because it means less money in CBS’s pockets but if every single content provider argues the same thing, then how skinny would the skinny bundle actually be?

The future of television is still very hazy and it is still unknown if skinny bundles will be the way traditional companies adapt to changes in the industry this time around. As of now though, there are more questions than answers.

Are skinny bundles the way for traditional companies to adapt? Comment below and let us know what you think.