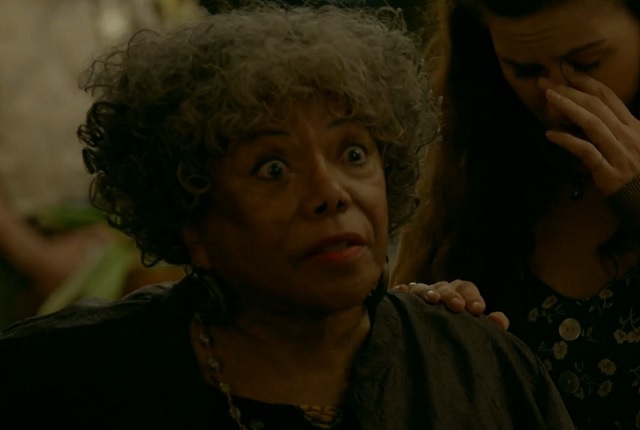 With three episodes remaining in American Crime Story: The People v. O.J. Simpson, we’re approaching the end of the story. The trial may have virtually been finished after the glove fiasco depicted in the last episode, “Conspiracy Theories,” as the prosecution is still trying to overcome the fatal misstep of Simpson trying on the leather gloves that did not fit his hands.

Yet the clash continues in the courtroom, and that presents an opportunity for the series to turn its focus on a side of the story that hasn’t received much attention in the 20-plus years since the Simpson trial. Figures such as Marcia Clark, Johnnie Cochran, Robert Shapiro, Christopher Darden and Lance Ito became celebrities because of this case. (That celebrity is probably experiencing a resurgence, especially for Clark, because of this series.) But the jury in the trial has remained relatively anonymous during the past two decades.

As we see in the opening moments of episode eight, “A Jury in Jail,” that might be because the jurors want nothing more to do with this case after literally being locked up with it for more than eight months. Sequestration has been equivalent to imprisonment, as the 12 jurors and 12 alternates are kept at the InterContinental Hotel in Los Angeles without being allowed to watch television, read any newspapers or magazines that hadn’t been approved, nor visit each other’s rooms.

When jury selection for the Simpson trial began, hundreds of people were lined up, packing the courtroom to be interviewed, hoping to take part in the so-called “Trial of the Century.” As it turns out, those who were dismissed were lucky. What initially may have looked like a two-month excursion — an opportunity to be a part of an event, to get away from the routine of daily life, to stay in a luxurious hotel — develops into a hostage situation.

Most basic creature comforts are taken away from the jurors. One attempts to go for a swim, something many of us would do while staying in a hotel, but is told he can’t go to the pool because he’s not allowed to mingle with anyone from the public. Watching TV shows on VHS is a conflict between the black and white jurors — underlining the most important aspect of the Simpson trial — with one side wanting to watch Martin, while the other pushes for Seinfeld. Even a hot breakfast that many of us would enjoy during a hotel stay becomes intolerable, because it’s the same shit every single day. 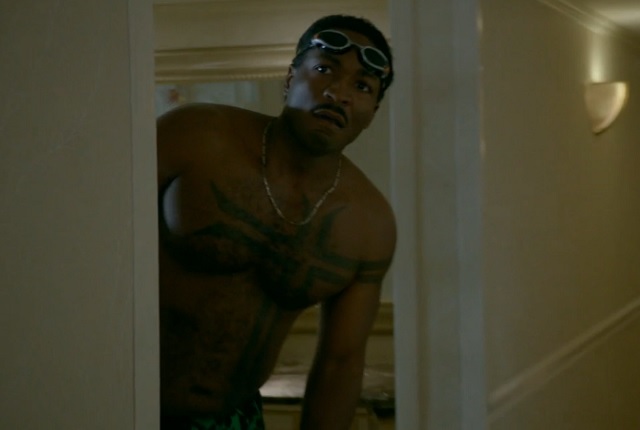 Meanwhile, the jury itself turns into a battleground between Marcia Clark and Johnnie Cochran. Maybe Clark is trying to make up for the mistake she made during jury selection, opting more for those who might be more sympathetic toward a domestic violence case and underestimating just how important race would be. Naturally, Cochran wants to keep as many black jurors in the pool as possible, since this case is divided sharply among racial lines.

In trying to gain the upper hand toward a conviction or acquittal, Clark and Cochran single out particular jurors who have suddenly become problematic or whose elimination could swing the group toward a favorable verdict. Two are discovered to have domestic violence issues in their backgrounds, something each lied about on their questionnaires. Another is found to be shopping a book proposal sympathetic toward Nicole Brown. One more posed with Simpson for a photo while he worked at a Hertz dealership.

The landscape is constantly shifting. One of the jurors had been abused by her husband and would seemingly be biased toward Simpson is dismissed by Clark, while Cochran wants to keep her because she’s black. Judge Lance Ito points out the change in philosophy, acknowledging how race is the overriding concern.

How some of this stuff wasn’t uncovered previously is kind of astounding, but there were so many potential jurors to interview and if some lied during those inquiries so they could take part in the Simpson trial, what could the attorneys do? With eight months to investigate and a murder conviction at stake, both Clark and Cochran obviously dug deeper, with Ito also taking a harder look at the jury.

For the most part, “A Jury in Jail” has a funnier tone than the other episodes in the series because the situation this jury is trapped in is so absurd and the writers mine that for comedy. In addition to the Martin vs. Seinfeld TV dispute mentioned above, there is also a scene in which a juror is begging to go home. Ito tries to be sympathetic, but refers to her as “Juror 452,” rather than by name. “My name is Tracy!” she screams at him. (By the end of the episode, the juror decides to try and make a run for it, with a display of craziness that is sure to result in her dismissal.) 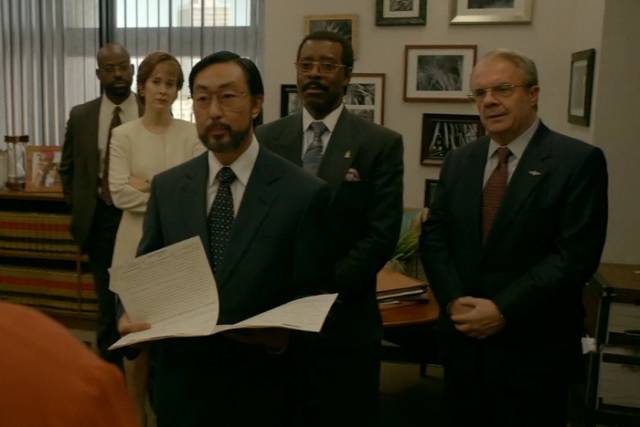 But the jurors are just numbers to those involved in the trial, people whose faces are only viewed for their reactions to testimony and evidence. For the attorneys, they’re chess pieces. For Judge Ito, they’re a high-maintenance babysitting project. (Speaking of Ito, we get our first look at the “Dancing Itos,” which Jay Leno featured on The Tonight Show, demonstrating just how much of a cultural farce that the Simpson trial had become.)

That’s not to say that this episode is played purely for laughs. There are some serious developments during the trial that factored significantly into its outcome.

DNA evidence is introduced into testimony, which Clark views as the prosecution’s best chance to recover from the glove debacle. (There is now a deep fissure between Clark and Darden over that failure.) It’s the most damning evidence against Simpson. Yet in a pre-CSI world before we understood how such evidence was obtained and analyzed, the explanation of DNA and how it’s far more effective than fingerprinting feels like school to the jurors, who are unbelievably bored. The defense counters with Barry Scheck (Rob Morrow), who attacks criminalist Dennis Fung aggressively on the stand and gives several examples of how the blood work found at the scene could have been compromised or contaminated. What should have been a powerful victory for Clark instead becomes another defeat.

(However, the DNA evidence makes Robert Kardashian as conflicted as ever, trying to be supportive while it becomes increasingly clear that his best friend committed these horrific crimes. Even if the defense creates reasonable doubt, there’s a very hard truth Kardashian can’t deny. David Schwimmer continues to do excellent work showing a man whose soul and family are being torn up by this.)

Finally, an important question from the case is also answered when Simpson pushes to testify, against the objections of the defense team. Not putting a defendant on the stand during a murder trial seems like Trial Law 101. But Simpson thinks he looks guilty, like he has something to hide, by not testifying. Cochran and F. Lee Bailey decide to put him through a mock cross-examination as a rehearsal, and it’s a disaster. Simpson has no answers for prior incidents in which he abused his wife and the police were called to intervene. He thinks he can charm his way past the attorney’s questions and remind the jury that he’s The Juice, but his smiling comes across as not taking the charges seriously.

Yet it won’t matter, because the defense is about to be presented with its best weapon yet. Just before the credits roll, someone calls into a tip line claiming to have a recording of Det. Mark Fuhrman using the N-word and talking about framing black people for crimes.