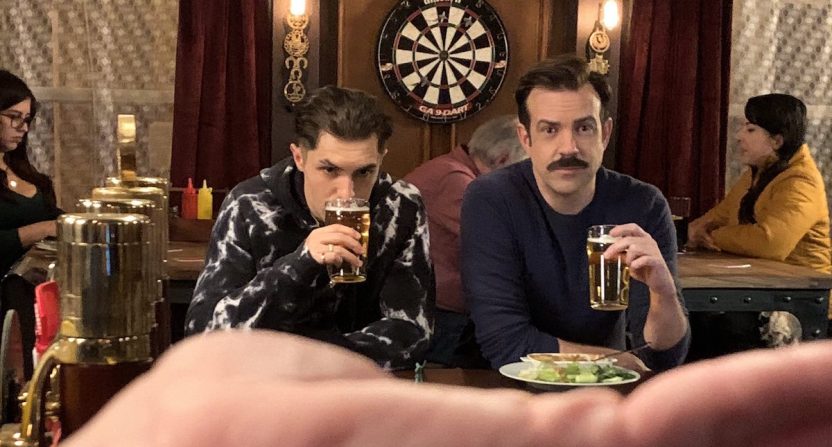 Ja-mie Tartt, do-do-do-do-do-do. Being the island’s top scorer (sexually) on “Lust Conquers All” wasn’t enough for the former AFC Richmond and Manchester City star. And now Jamie is a rescue project that neither Ted Lasso (nor Keeley Jones, perhaps) can resist taking on.

Also, Roy Kent tries being a pundit. Can he make it through the first segment? Will the Sky Sports censors wear out that bleep button? Join us for our recap of “Lavender” — but only if you f—ing mean it!

Jay Rigdon: The season clearly starts here. We’ve caught up with the various characters, and the story is in motion.

Ian Casselberry: Coach Lasso, what have you done? Is Jamie Tartt worth alienating the rest of the team? And what if you’ve lost Sam Obisanya because he thinks you lied to him? (Even if the whole idea might be that Ted believes Jamie needs the type of fatherly support that Sam has.) But maybe this is the shake-up AFC Richmond needs to break their streak of eight consecutive ties. Or is this all tied into the growing self-doubt Ted feels with Dr. Sharon Fieldstone on the premises? 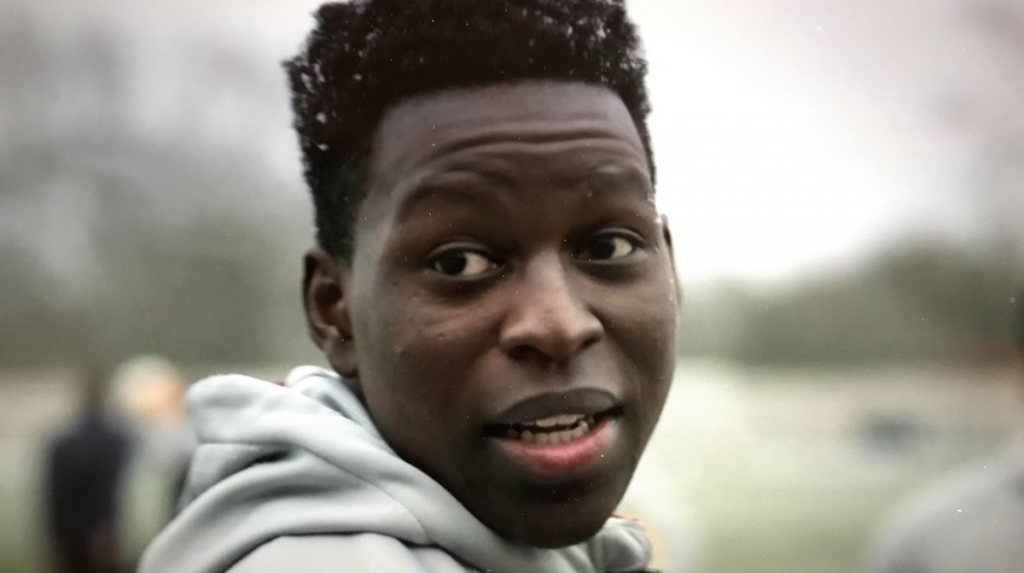 Matt Clapp: We need more Roy Kent as a soccer analyst. That was beautiful. And Keeley certainly has a unique fetish!

Michael Grant: This episode is probably the most realistic portrayal of a coach/manager. True leadership risks unpopularity and the return of Jamie Tartt to AFC Richmond is a calculated gamble. These are decisions professional coaches and managers make all the time. You bring in talented but problematic people because they can help you win. Ted justifies the move in his mind by thinking that Jamie needs him as a father figure. Realistically, he probably wouldn’t do this if his team wasn’t so desperate for a victory.

Did Jamie’s storyline turn the way you thought it might?

MG: Pretty much. You always kind of knew that he would be back in some capacity. However, I didn’t anticipate him joining and getting booted off a reality TV contest. (Though, it is on-brand with his narcissism.)  A good show needs conflict and Jamie has issues with everyone at AFC Richmond — from the owner, his former and now current teammates, Lasso, his former girlfriend Keeley and Roy. A Jamie-Roy-Keeley love triangle is just waiting to explode.

IC: I suppose I should’ve expected that Jamie would return to the Greyhounds. But I thought putting him on a reality show that Roy and his yoga mums watched was clever and would lead to a split there. Seeing more of Jamie on “Lust Controls All” might have been fun, but was probably taken as far as it should go. And Jamie back with Richmond opens up all kinds of story possibilities with Ted, the players, and Keeley and Roy. 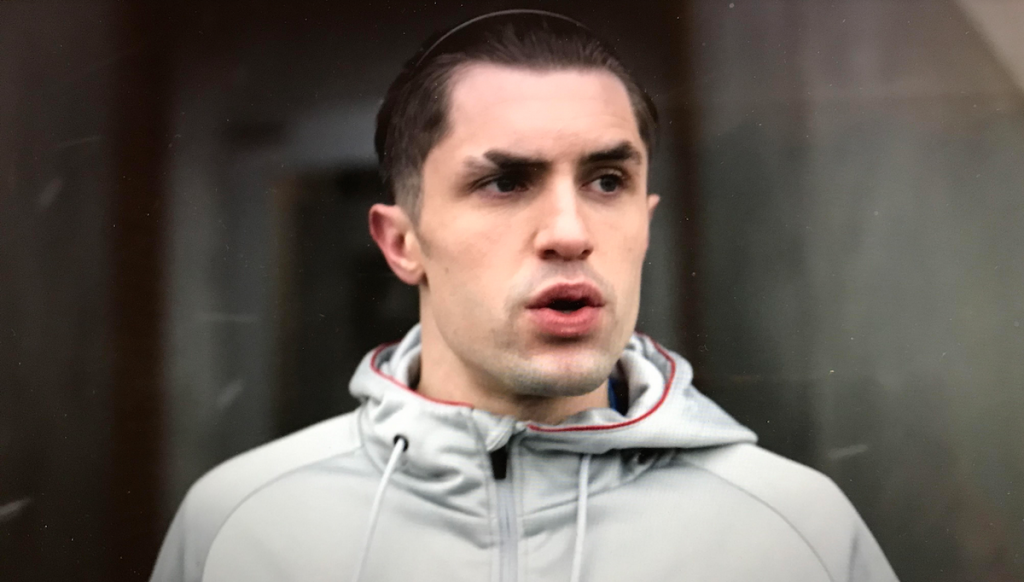 MC: I figured Jamie would end up back with AFC Richmond this season, but I would’ve never guessed by Episode 2 — especially after we only saw him doing a reality TV show in the season premiere. The AFC Richmond return certainly moved fast, and without any approval from the teammates. The redemption story has been inevitable.

But rather than earning his way back and into their good graces before joining the team, he’ll have to earn the trust of his teammates and those around him while being thrown right back into the action. Awkward moments are surely ahead in Episode 3, and the pressure is every bit as much on Ted for this to go right.

JR: That a player like Tartt would lose out on playing opportunities everywhere for an offense that wasn’t illegal feels a bit hard to believe, even in this show’s world.

But I enjoyed the layers here; not only was Tartt’s explanation for quitting (he lost his motivation to play once he realized he was doing it to appease an abusive father) a solid reasoning, we also got Ted refusing initially even after Jamie’s heartfelt appeal. That led to a nice scene with Sam, the most genuinely kind character on a show with more than one of those, laying out why he reacted so poorly when he thought Jamie was returning.

And then we get Jamie returning anyway. Without any explanation as to why Ted changed his mind, and seemingly no warning to the players. Honestly, the one character we haven’t spent a ton of time with this season so far is Ted himself and this feels like a big setup for Ted attempting to work some coaching magic. 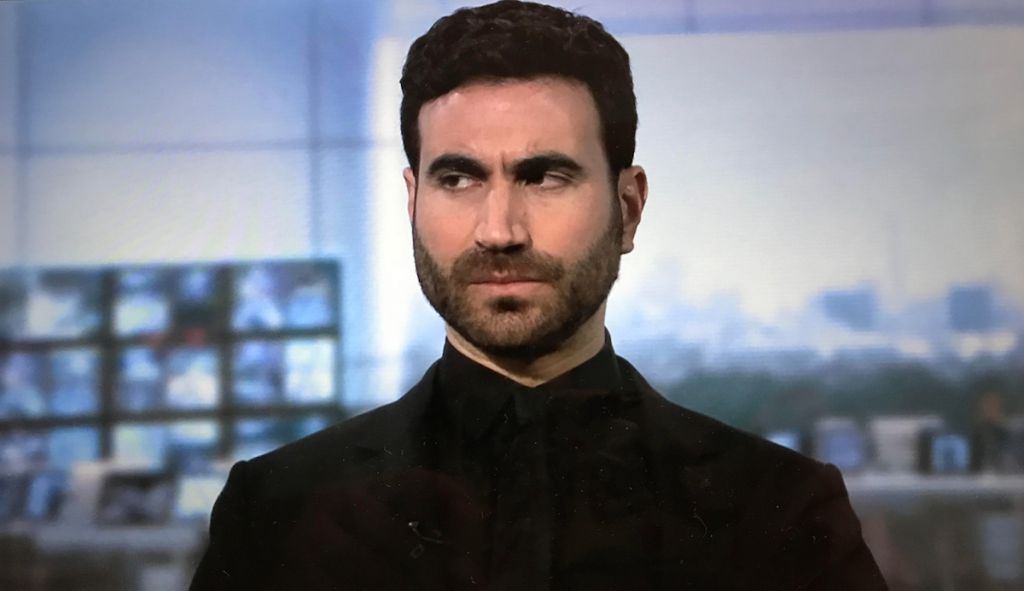 MC: Roy’s debut with Sky Sports. Also, the camera finding Higgins doing his “office” work — so that Sharon can use his actual office — in the exercise room after Ted and Sam had a heart-to-heart was great comedy.

MG: “When it sucks, and I hate it, I’m gonna hire a bunch of children to follow you around and scream ‘Told you so. Told you so’ for centuries.”

JR: That scene where Ted learns how hurt Sam would be if Jamie came back, and why, was lovely, especially given the connection between those two characters. And Ted saying that Sam is going to have to run a ton of laps, with Sam practically relieved that he’d be punished for the display on the pitch. Taking that scene now knowing Jamie was coming back anyway adds another layer to it, one that Ted Lasso as a show hasn’t explored much: how a coach can’t always make everyone happy all the time if the team is going to win.

IC: I’m still laughing at Keeley “having a wank” to the video of Roy’s retirement press conference, in which he infamously became very emotional and broke down. The writers set it up to make us think that Keeley may have been watching something Jamie-related. Well-done. Like the administrator for Roy’s girls soccer team, Keeley just wants her man to care. OK, she may want a bit more than that, judging from what she does in private moments.

MG: Not sure. Aaron Sorkin famously introduced mental health experts into his shows (Sports Night, The West Wing, The Newsroom). Sorkin used it as a device to delve deeper into his main characters while also helping the audience understand them a little better, their insecurities and motivations. I’m wondering if Fieldstone will eventually have Ted on the couch so he can reveal more about why he feels the compulsion to always be so damn likable and charming all the time.

MC: Yeah, Ted at least got a genuine moment with Sharon, but the tension is still clearly there — and she can sense his vulnerability. Ted has admitted his reluctance to trust therapists due to his own personal experience, and he wants to also show that he can be the one to solve players’ problems; that’s his natural instinct as a coach.

The one-on-one therapy session between Sharon and Ted is coming, and he’ll have a new appreciation for her abilities while also likely improving his own mental health in the process. Ted doesn’t quite know it just yet (though perhaps deep down he does), but he needs Sharon every bit as much as his players do.

IC: It’s a trap! That was my initial feeling because this is obviously building to Ted having a session with Dr. Fieldstone. (And that will be great to watch.) But as is often the case, Ted (and the results of his work) won her over. She’s not as cold as she first seemed. Yet Sharon poured water over the seeds Sam planted, indirectly suggesting that Jamie’s return might be the best thing for the team (and a lost young man).

JR: I think it’s an interesting thawing to the relationship. I also appreciated that she wasn’t interested in Ted’s rote overture of baking biscuits; that worked once, sure, but it wasn’t going to work on everyone as a blanket solution. It set Dr. Fieldstone apart in an interesting way, but I also appreciated that by the end of the episode there were signs that she’s at least curious about Ted and his own methods of connecting with people.

That’s much more interesting than dragging a fully frosty relationship out over a longer stretch of a season, but it still preserves the potential for prickly interactions going forward, too.