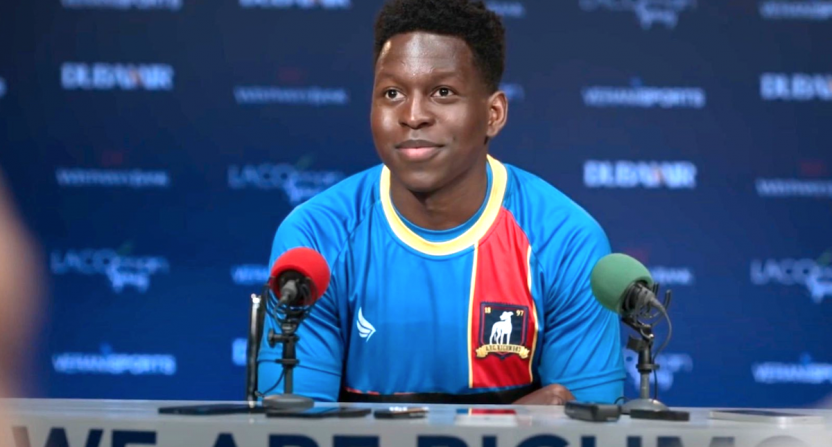 After last week’s episode appeared to ignite Season 2, Ted Lasso took a bit of pause in the narrative to focus on a supporting character. But we still saw some progression with Jamie Tartt’s return to AFC Richmond and Ted’s coaching struggles.

So let’s get into our group recap of “Do the Right-est Thing.” It’s either that or getting on Bantr.

Big takeaway from “Do the Right-est Thing”?

Michael Grant: Mixed feelings on this one. Yes! Sassy Smurf is back. No! She’s leaving for a conference and needs Rebecca to babysit her 13-year-old daughter. That’s disappointing because the semi-awkward all-too-brief reunion of Ted and Sassy is wonderful. Wanted more of it. #Sigh.

Instead, we get most of the episode revolving around Rebecca and her precocious and verbose goddaughter. A classic sitcom cliché. But the young actress portraying Nora (Kiki May) is funny, charming, and steals every scene. So, in the words of Rebecca: “I’ll allow it.”

Matt Clapp: I thought that episode could’ve not existed and the season could’ve carried along just fine. But Nora was the star and hopefully, she becomes a regular on the show going forward. 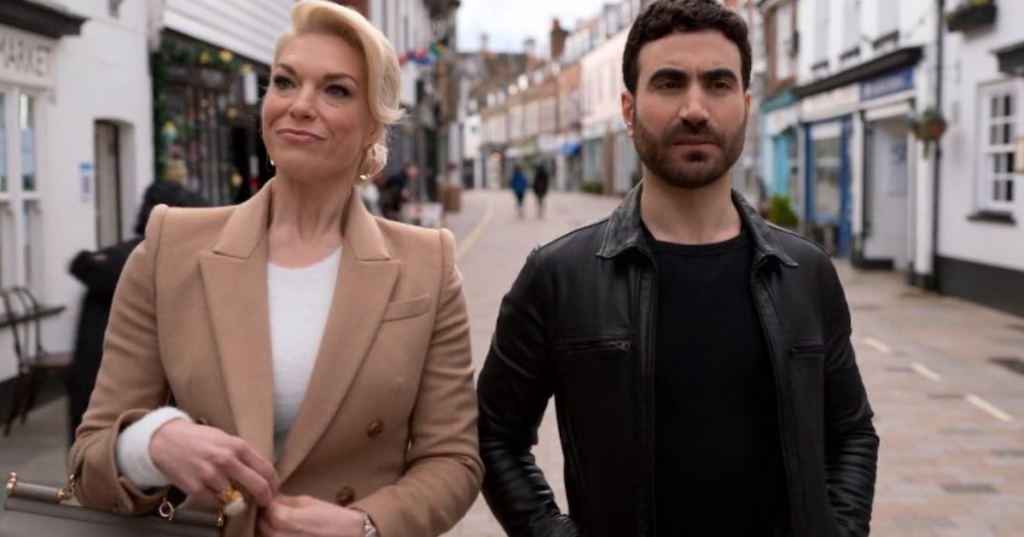 Ian Casselberry: Of all the indignities Rebecca faced last season, the one which might have hurt the most, low-key, was the real talk she heard from her old friend. Sassy revealed that her daughter thought she’d done something wrong because Rebecca had virtually disappeared from her life after being so close. Finally meeting that daughter, Nora, was fun, especially when she was an enjoyable character on her own.

But Ted Lasso‘s writers are so good at hitting on little truths with emotional punch. The storyline of Rebecca trying to make things up with Nora — yet not knowing how because the girl was still frozen in her memory as a six-year old — was poignant. And as an uncle, I certainly related to feeling like you have to entertain kids every minute when, really, they just want to spend time with you and be part of your life — even when that daily routine is mundane adulthood.

MG: Um, yeah. This didn’t work for me. Too gimmicky and out of character. Realize that this is mocking the cheap stunt that many old-school coaches pull. (Unite the team by getting them all to hate you.) But the whole appeal of Ted Lasso is that he wouldn’t resort to something like this. The Ted we’ve grown to love would have found a better way to help Jamie connect with his teammates. Ted acting like his evil twin brother felt forced and like a different show.

JR: I appreciated the silliness. This is a comedy, after all, no matter how often it’s grounded. I just wish the goofy side of Ted was somewhat more balanced this season.

Jamie being the one to tell him to fuck off was nice, though, and made sense on every level.

MC: This one felt really forced and a bit over-the-top for the show- as well as Ted’s character. That is unless we’re talking Ted’s character from the original NBC commercials.

It was just really hard to buy — and buy that the *players* would buy — that this happy-go-lucky, constantly charming guy would all of a sudden turn into a crazy hard-ass coach out of nowhere.

IC: In real-life sports, there would be no quicker way for a coach to lose his players than to do something inauthentic and come across as phony. “Led Tasso” just didn’t work, outside of some chuckles as a gag between Ted and Beard about “that guy.” Glad the writers undercut Bizarro Ted with Jamie calling him out.

Did the Dubai Air protest storyline work for you?

JR: Aside from the slightly clumsy/clunky (but permissible) scene of Sam texting his father and getting an immediate impersonal lecture education, I appreciated it. Honestly, having a sports-centric show in 2021 and NOT touching in some way on how athletes have to balance their careers with their own morals and ethics, especially Black athletes, would be more tone-deaf than addressing it poorly.

I thought it was handled fairly well within the context of the snow and what we know about the characters, and even if Jamie doesn’t give a shit about the environment and/or Nigeria, that character development is valuable.

Plus, Rebecca got to tell one of Rupert’s rich old friends to fuck off. Always a plus.

MG: Yes. Served three important purposes. First, it allowed us to see more of Sam’s character and that’s important for the growth of the show. The more we learn about AFC Richmond players as individuals, the more relatable the entire team becomes. Second, it was an easy solution to get Jamie to make amends with his teammates. Third, we get to explore “boss ass bitch” Rebecca and that’s fun. Hopefully, it’s a developing trend.

MC: Yeah, it worked for a lot of reasons. For one, it’s a very relatable situation to what’s going on in our world today and with athletes taking a stand. But it was a huge storyline for Sam’s character and background, and it also was a way to get teammates to *really* take Jamie seriously about being a different person and genuinely wanting to be a good teammate. It also led to a couple of great scenes with Rebecca and Nora.

IC: Above all, I was happy to see Sam Obisanya get some overdue spotlight. His growth as a character and emergence as a leader is clearly a key Season 2 storyline. But for a TV show about sports not to touch on the increasing effort by athletes to speak out on political and social issues would keep Ted Lasso in a sports-adjacent fantasy world. Happy to see it aspire to more.

MC: The Led Tasso stuff did at least create a great moment of Ted and Beard explaining Chuck E. Cheese to Sharon. 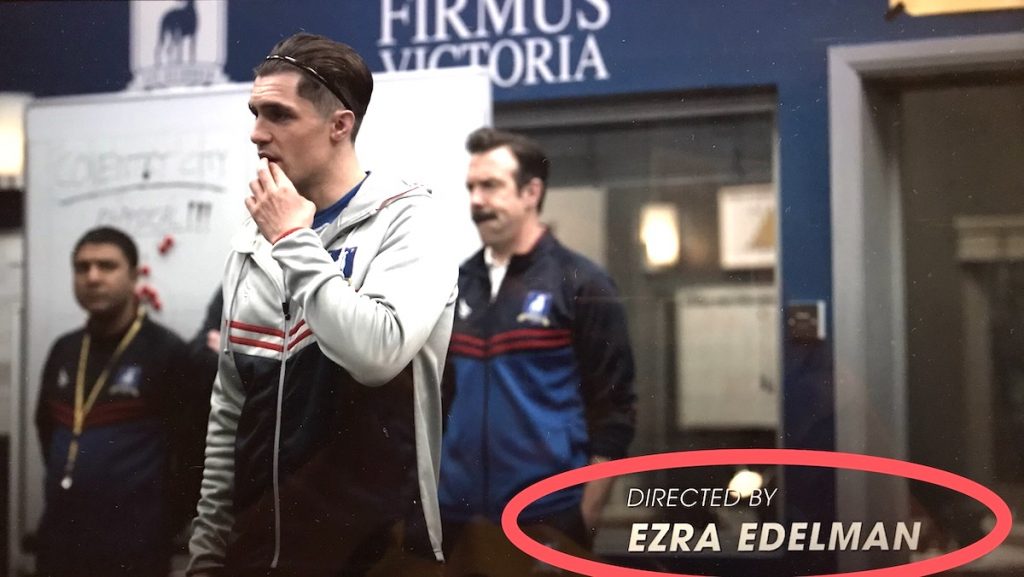 IC: Hey, did everybody catch who directed this episode? Ezra Edelman, known for directing documentaries like the Academy Award-winning O.J.: Made in America, made a jump into scripted material here.

JR: Can’t narrow it down, so… Keeley marching Jamie directly to the therapist and announcing that she doesn’t have to deal with his problems anymore as they’re not a couple was a satisfying moment. Also, all of Roy’s punditry remains gold. And Nora’s crush on Sam was so pure AND understandable.

Are you surprised there’s been so little focus on Ted so far?

MG: Yes. But it also feels like a natural progression of the show. You’re rounding out other characters who had been on the periphery for Season 1. You do get the feeling that the final few episodes might be very Ted-heavy.

MC: Yes, but it’s also the writers’ way of telling us that this show is about a lot more than just him, and it increases the variety of directions the show can go with storylines going forward. There’s surely much, much more Ted focus to come the rest of the season. 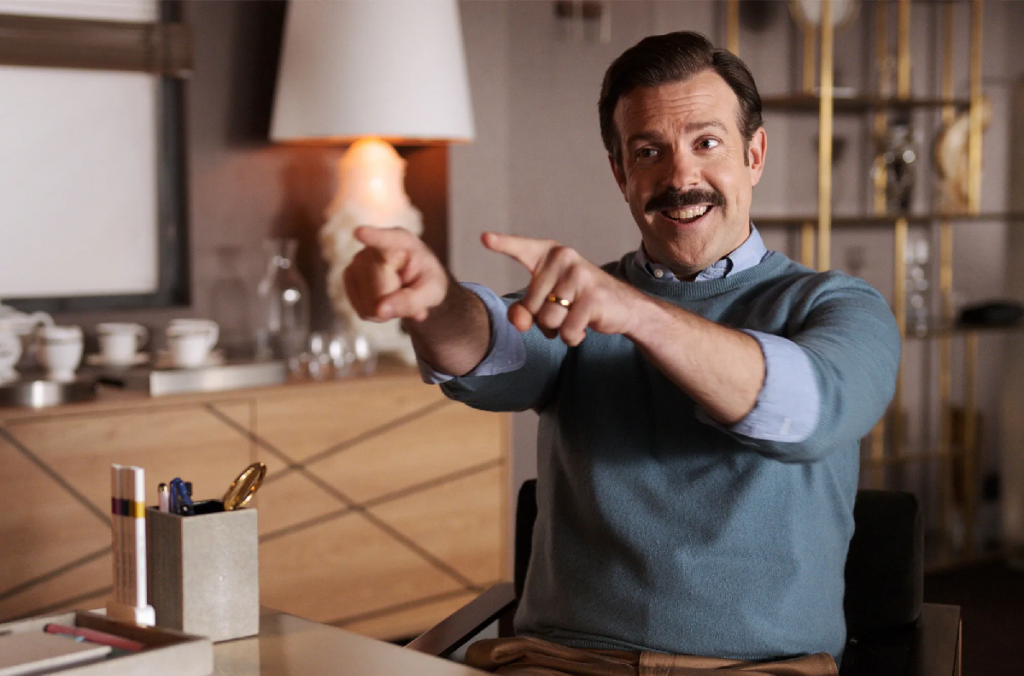 IC: A little bit, yes. But the truly great TV shows utilize their depth by getting you to care deeply about several characters, not just the main one. This is yet another reason why Ted Lasso works so well and has made such an impact on viewers. And with seven episodes remaining, there’s plenty of time for the story to turn back to Ted and his issues with therapy and self-doubt.

JR: Yes and no. I touched on this last week, but it seems pretty clear that a main arc of the season is Ted feeling somewhat minimized in his role, leading to things like feeling threatened by Dr. Fieldstone or bringing Jamie back.

Given that, the choice to push Ted somewhat aside in favor of the ensemble is more a conscious narrative choice. That said, hopefully, we get more of a sense of where Ted’s head is at in the next few episodes because he’s a truly compelling character.