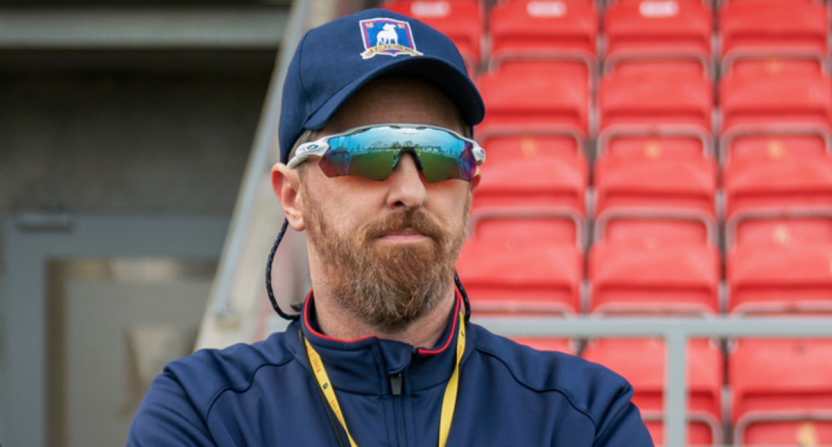 Part of Ted Lasso‘s appeal is the comedy’s rich cast of characters. Though AFC Richmond’s nice-guy coach may stand out as a favorite for most fans, he’s surrounded by many compelling personalities that provide the show with so much depth.

Yet the most intriguing of the ensemble is arguably Lasso’s right-hand man, Coach Beard (played by Brendan Hunt).

We know some things about him. He provides the strategy alongside Ted’s psychology. He’s well-read. His love of chess is so deep that he’s often put “the game before the dame.” He’ll help a colleague by deleting apps from his phone to improve its performance. He has a proclivity for cruise ship dancers.

And he does a great Lady Gaga in karaoke.

But do we really know Coach Beard the way we do Ted, Rebecca Welton, Roy Kent, or Keeley Jones? We don’t even know the coach’s first name. His name might not even be “Coach Beard,” but a nickname Ted gave him that stuck.

In an interview with Vanity Fair‘s Anthony Breznican, Hunt discussed Ted Lasso‘s man of multitudes and the backstory he’s created for the character. As Hunt explained, we may never see most of it on the show unless the show’s writers decide it’s pertinent in a particular episode or storyline.

“Yeah, there’s something going on there. And I think he’s probably had crazier times in his past than he does now. I guess I believe that whatever crazy things you’re getting up to outside of work doesn’t inherently mean that you’re some kind of jerk or anything. Everyone’s going to live differently.”

An actor building that sort of background is what he or she needs to inform the understanding of the character they’re portraying. Little bits of it are apparent, such as the wraparound sunglasses Coach Beard is wearing this season. But ultimately, the premise of Coach Beard is that he’s a man of few words because Ted Lasso is a constant chatterbox.

The entire interview is worth reading, which includes Hunt’s theory on how Beard and Lasso met and came to work together, what they have in common, and a bit of what to expect between the two coaches during Season 2.

Episodes of Ted Lasso premiere each Friday through September on Apple TV+.