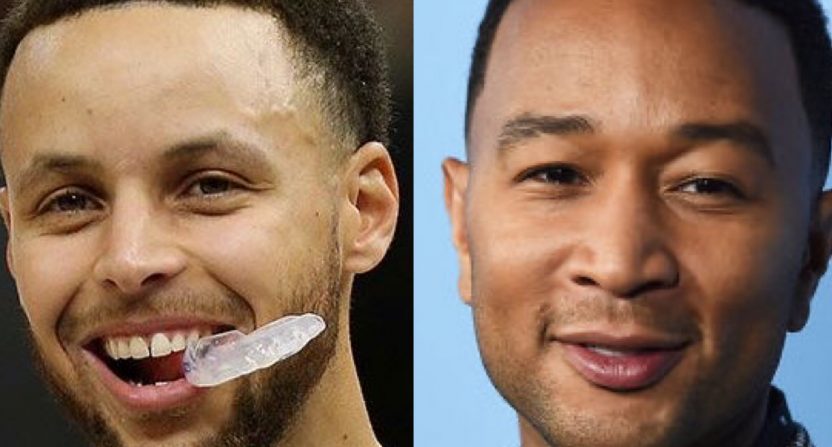 For his next project, Curry will team with singer-songwriter powerhouse (and newly crowned People’s Sexiest Man Alive) John Legend for a sports movie that aspires to be the Jerry Maguire of the 2020s. (Don’t overlook this year’s High-Flying Bird, currently on Netflix, among sports agent movies!)

Variety‘s Justin Kroll reports that the project is titled Signing Day and follows a sports agent in pursuit of a top basketball prospect for her new client. But as you might expect, the competition for this hoops star is fierce, which makes the agent desperate and willing to use unethical (and illegal) methods to sign him. That creates a moral conflict for the agent, compelling her to question what she’s willing to do for success.

Legend’s own production company, Get Lifted Film Co., which produced Rhythm + Flow and the upcoming Jingle Jangle for Netflix, is partnering with Curry’s Unanimous Media for the film.

The first movie produced under Curry’s agreement with Sony was released earlier this year. Breakthrough, which hit theaters last March, is a Christian movie starring Christy Metz (This is Us) and Mike Colter (Luke Cage). The story follows a young boy who falls through ice and drowns after being trapped underwater. He’s declared legally dead, but revives under seemingly miraculous circumstances.

No actors have yet been cast for the film and the script is currently being written by Adam Hoff, who developed a mob TV series with Sylvester Stallone.