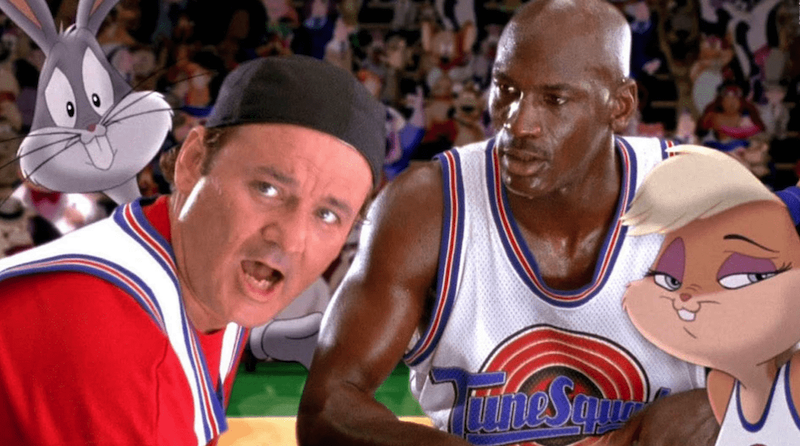 Michael Jordan, Bugs Bunny, and Bill Murray are apparently bringing comfort to fans who miss the NBA and probably just want to watch something fun that helps them forget about the fear and uncertainty in the world right now.

According to the Wall Street Journal, Space Jam was one of the top 10 movies or TV shows viewed on Netflix as of March 16. The streaming service recently added a new feature that shows the most popular content in the viewer’s home country. On the Netflix home page, a top 10 list that combines movies and TV series is available. But if you click on the “movies” or “TV shows” tabs at the top of the screen, you’ll get top 10 lists for each category.

And as of this writing (March 23, 2020), Space Jam remains in the top 10, currently ranked at No. 9 behind The Angry Birds Movie 2 and a sci-fi movie titled 3022, starring Omar Epps. (If you’re curious, the No. 1 movie is Spenser Confidential with Mark Wahlberg as Robert B. Parker’s infamous private eye. The list also gives an idea of where people’s minds are right now with movies like 2012 and Outbreak in the top 10.)

So why is a nearly 25-year-old movie (Space Jam was released in 1996) about NBA stars and Looney Tunes characters playing basketball against aliens so popular among presumably younger Netflix viewers right now? (On March 11, it was No. 3 in the top 10, according to Collider.)

The WSJ‘s John Jurgensen talked to a 23-year-old viewer in Atlanta who says he grew up with the film and never stopped enjoying it, watching copies on VHS, then Blu-ray, and now streaming.

“People go back to things they’re familiar with,” said Kiyaire Rose. “It’s just therapeutic to me.”

Many of us are looking for “comfort food” these days while isolating ourselves at home, trying to reduce the spread of coronavirus. Movies, TV shows, music, and books are among the many forms of culture we’re turning to for entertainment and solace. Indulging in nostalgia, happy memories of the past, has always been a big part of pop culture consumption.

With no NBA games currently being played, a reminder of what makes basketball fun to watch — besides classic NBA games — seems like just the right thing for fans too.

And maybe, just maybe, fans are re-acquainting themselves with Space Jam in anticipation of Space Jam 2, which is set for a theatrical release in July 2021. LeBron James will star in the new movie, along with other basketball stars like Anthony Davis, Kyrie Irving, and Diana Taurasi, in addition to Jordan returning.