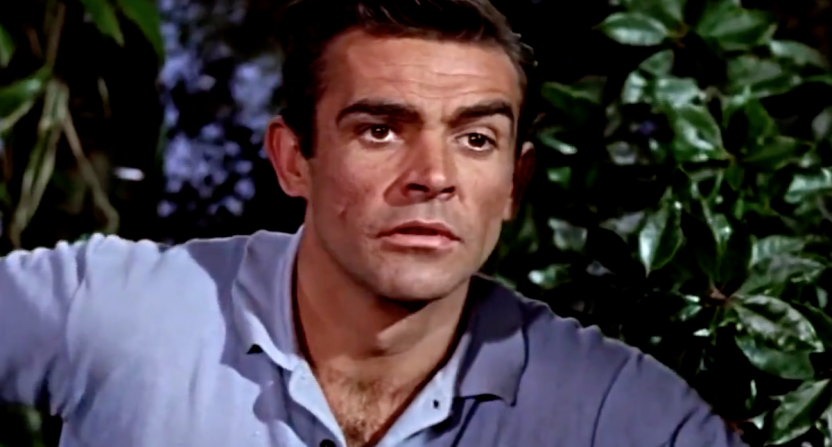 Sean Connery made James Bond a pop culture icon with his portrayal of the British secret intelligence service agent 007 in seven films, including Dr. No, From Russia with Love, and Goldfinger. He passed away Saturday at the age of 90.

But Connery could have had an entirely different career had he followed through on his ambitions to play soccer. Early in his life, he had the choice between possibly playing for Manchester United or making his profession as an actor.

As Dipankar Lahiri recounts for The Indian Express, Connery played for semi-professional Scottish club Bonnyrigg Rose in the early 1950s. That led to an offer from East Fife, a lower-level Scottish League club. Eventually, he was also noticed by Matt Busby, manager of Manchester United, who was impressed enough by Connery to offer him a contract (for what would now be equivalent to approximately $900 dollars a week).

A sad day as we lose the great Sean Connery, his footballing career may have been short-lived but a Scottish legend on screen, RIP.

“I really wanted to accept because I loved football,” Connery told Mud and Glory magazine in 2005. “But I realized that a top-class footballer could be over the hill by the age of 30, and I was already 23. I decided to become an actor and it turned out to be one of my more intelligent moves.”

It would be difficult to argue with Connery there. In addition to his performances as James Bond, he also had memorable roles in films such as Indiana Jones and the Last Crusade, The Hunt for Red October, and The Rock. Connery won a Best Supporting Actor Academy Award in 1987 for Chicago cop Jim Malone in The Untouchables.

Connery maintained his connection to soccer by narrating G’olé!, the official documentary of the 1982 FIFA World Cup. Unfortunately, that doesn’t appear to be available anywhere for streaming (though it was once available on ESPN.com). Maybe an outlet will bring it back in light of Connery’s passing. Or searching for a DVD copy might work out.

The actor also had a love for tennis, demonstrated by his regular attendance at the U.S. Open tournament in New York.

We are saddened to hear of the passing of Sean Connery, a lifelong fan of the sport and a familiar face at the US Open.

Our thoughts are with his friends & family during this difficult time. pic.twitter.com/X5awIfu1wy

Such an iconic moment. Three of the greatest Scots in recent years together.

A stretch for a sports movie connection involving Connery is 2000’s Finding Forrester, in which he plays a J.D. Salinger-like reclusive novelist who becomes a mentor to a young basketball star that shows great potential as a writer. A scene late in the movie reveals that the writer was a baseball fan who often visited Yankee Stadium with his late brother.

Finding Forrester was one of Connery’s final films before he effectively retired from acting, taking only a few voice roles for video games and documentaries at the end of his career.