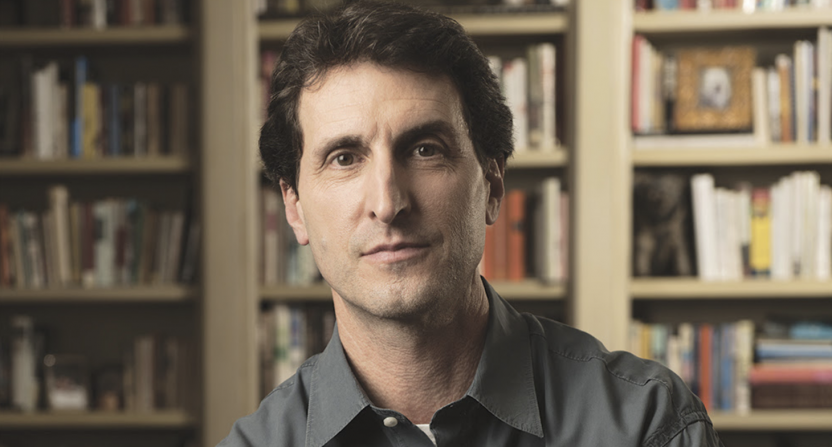 The writer of Richard Jewell (the film about the Atlanta security guard who was once accused of the 1996 Atlanta Olympics bombings, then later cleared) has managed to make the controversy surrounding the film’s allegation that Atlanta Journal-Constitution reporter Kathy Scruggs (who passed away in 2001) slept with a source even worse. Screenwriter Billy Ray spoke to Deadline’s Anthony D’Alessandro for an article published Thursday, and not only defended his movie’s widely-rebutted assertion that Scruggs slept with an FBI source to gain information on this case, but also claimed that “The only creative license taken in the movie is actually in the redeeming of Kathy Scruggs.”

“This movie is about a hero whose life was completely destroyed by myths created by the FBI and the media, specifically the AJC,” Ray told Deadline. “The AJC hung Richard Jewell, in public.”

“They editorialized wildly and printed assumptions as facts,” Ray said. “They compared him to noted mass murderer Wayne Williams. And this was after he had saved hundreds of lives. Now a movie comes along 23 years later, a perfect chance for the AJC to atone for what they did to Richard and to admit to their misdeeds. And what do they decide to do? They launch a distraction campaign. They deflect and distort. They focus solely on one single minute in a movie that’s 129 minutes long, opting to challenge one assertion in the movie rather than accepting their own role in destroying the life of a good man. The movie isn’t about Kathy Scruggs; it’s about the heroism and hounding of Richard Jewell, and what rushed reporting can do to an innocent man. And by the way, I will stand by every word and assertion in the script.”

…”The only creative license taken in the movie is actually in the redeeming of Kathy Scruggs. In the end she realizes the error of her ways. She never publicly atoned for her reporting.”

The first important element here is that having Scruggs “realize the error of her ways” is not “the only creative license” taken in this movie. The most important part of this is that there is absolutely zero evidence that Scruggs ever traded sexual favors for information from an FBI source, something the movie most definitely implies. Here’s how D’Alessandro describes Richard Jewell‘s portrayal of that:

Olivia Wilde plays [Scruggs] as a steely and sexy reporter who wasn’t above flirting with sources to get tips. She’s seen in a bar with FBI agent Tom Shaw (played by Jon Hamm in an amalgamation of several law enforcement officers involved in the investigation). As the hand she has placed on his leg moves upward, the agent whispers the tip about Jewell in her ear. They next are seen leaving the bar together, presumably to complete what comes off as a quid pro quo transaction.

Female reporters sleeping with sources is a long-running Hollywood cliche, and a bad one with little basis in reality. And there’s there’s a massive amount of evidence out there specifically denying that it happened around this case. As The New York Times relayed Thursday, the authors of one book cited as a key source for this movie specifically denied that:

“We have been asked repeatedly whether we found evidence that [Kathy] Scruggs traded sex for the story. We did not.” —Kent Alexander and Kevin Salwen, authors of the book that is the basis of Clint Eastwood's new film, "Richard Jewell." https://t.co/CW2iHSFhvK

Beyond that, Scruggs family friend and attorney Edward Tolley recently told the AJC “That is complete horse (expletive)” about the quid pro quo scene in the film, and “If she’s being portrayed as some floozy, it’s just not true,” and D’Alessandro obtained the text of the 1997 deposition of Scruggs by Jewell’s libel attorney L. Lin Wood. That included Scruggs saying she’d once had a social relationship with someone in the Atlanta Police Department, but that said relationship ended in 1993 or 1994, long before this bombing. And Wood told D’Alessandro “I do not recall any testimony or evidence that supports the specific storyline as you described it…I have no evidence to suggest that those rumors were true or that she ever engaged in any sexual act in exchange for information or tips, and I never made or asserted such a damning and unprovable claim.”

And beyond that still, Bert Roughton, who was the AJC editor handling this story (and all non-sports stories around the Games) told D’Alessandro this doesn’t hold up:

What is whispered into Wilde’s ear by Hamm in the movie “was actually a long complicated conversation” from multiple sources that Scruggs pieced together from various pieces of intel,” Roughton said.
“We held the story for a day or so to do a pretty tough verification; there’s no way in the process that she managed to have sex with a source,” said Roughton, who worked closely with Scruggs for more than a year.

…“When a reporter trades sexual favors for a story, their career is over. If I ever thought for one second that Kathy did anything inappropriate, I would have seen to it that she was fired in 24 hours,” Roughton said.“To defame a dead woman and to accuse her of doing the worst thing in her profession is just cruel,”  the former editor added. “To convict her of the mortal sin of trading sex for a story, it’s the worst thing conceivable you can do to a journalist. It’s one thing to debate the journalist, but to destroy someone’s reputation eternally — because for the rest of time, this movie will be out.”

It’s also worth noting that while the AJC’s overall handling of the Jewell story is absolutely up for debate, specifically on how they decided to report on an ongoing investigation, a crucial element here is that it was not the newspaper declaring on their own that Jewell was a suspect, but the newspaper reporting that the FBI considered him a suspect. Scruggs (and Ron Martz, who shared a byline with her on the first key story in this case) reported what law enforcement was considering, and the FBI in particular considered Jewell a key suspect at that point. And it’s also notable that while other media outlets (including CNN, NBC, and The New York Post) settled libel lawsuits from Jewell and his heirs, the AJC did not, and they won in court in 2012 when the Georgia Supreme Court elected not to review an appeal of a lower-court decision that the paper did not commit libel:

In July, the Court of Appeals found the Journal-Constitution truthfully reported on a criminal case and such reporting is not actionable in a libel case, said the newspaper’s attorney Peter Canfield.

The court found that, “because the articles in their entirety were substantially true at the time they were published – even though the investigators’ suspicions were ultimately unfounded – they cannot form the basis of a defamation action against the Media Defendants.”

The reporting around the Jewell case can be debated and dissected, as it has been ever since the event, but it’s particularly remarkable that this film has made this assertion about Scruggs trading sex for information on this case when no one else appears to have ever suggested that. And it’s also remarkable that Ray is doubling down on this, but not providing any more information on why he would make that suggestion and if there’s anything to support it. It’s not a good look for him or for the film, and it’s only going to further the backlash towards it. But credit to D’Alessandro and Deadline for exploring this story fully and presenting evidence contradicting Ray’s comments rather than just running with them. It’s quite ironic that a film supposedly about media mistakes, bad assumptions and unproven assertions is making more of those assumptions and assertions, and doubling down on them when they’re questioned.