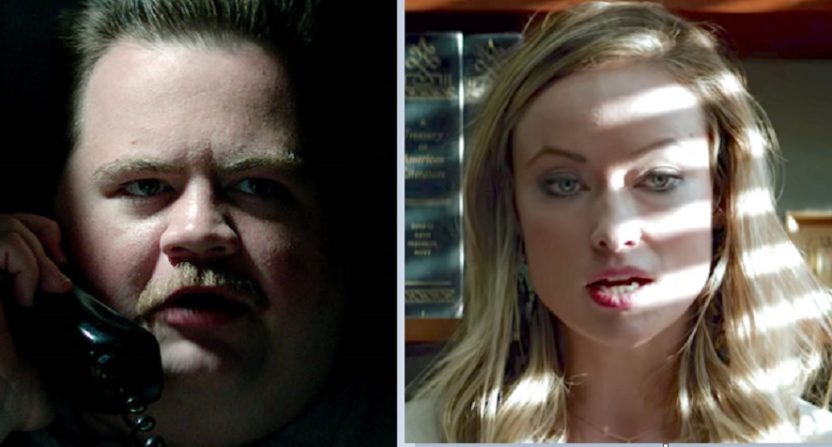 Saying that a movie is OK or “not bad” isn’t the way to do reviews on the internet these days. Something has to be either great or terrible. But Richard Jewell belongs in the middle of that scale.

While there are aspects of the movie that are indeed terrible, it’s not a bad movie. It’s actually pretty good, thanks largely to the performances of Paul Walter Hauser as the title character, Sam Rockwell as his attorney, and Kathy Bates as Jewell’s protective mother.

However, Clint Eastwood’s latest film is in the news largely for its portrayal of the media (and FBI) and how the press handled the reporting of Jewell as the prime suspect in the 1996 Atlanta Olympics bombing. More specifically, the portrayal of Atlanta Journal-Constitution reporter Kathy Scruggs and the tactics she used to break the Jewell story has caused an uproar among reporters, editors, critics, and analysts. The conceit of female reporters trading sexual favors with sources in return for information feeds into an ugly perception that women in the industry have had to fight for decades.

In the movie, Scruggs (played by Olivia Wilde) seduces the FBI agent leading the investigation (Jon Hamm) to get him to tell her that Jewell is the main suspect in the Olympics bombing. It’s suggested that Scruggs and the agent, Tom Shaw (a composite character of several people for the purposes of the story), already knew each other and may have had a previous relationship. In addressing the controversy on Twitter, Wilde said that was her interpretation from the movie’s script.

The perspective of the fictional dramatization of the story, as I understood it, was that Kathy, and the FBI agent who leaked false information to her, were in a pre-existing romantic relationship, not a transactional exchange of sex for information.

Some have tried to defend the exchange depicted in the film by saying Scruggs is never shown sleeping with Shaw. Yet even if Scruggs asking “Want to get a room, or just go to my car?” is intended as a joke, it’s not made clear. It’s possible Scruggs left Shaw at the bar after she got the information she needed. But the jump from that scene to Scruggs going to the AJC the next morning to write the story and get the go-ahead from her editors doesn’t dispel any salacious notions of how she got the tip on Jewell.

As many have pointed out, what makes this suggestion most troubling is that Scruggs isn’t able to defend herself. She died in 2001. Plenty of her colleagues from that time, including the reporter she worked with on covering this story, have disputed the movie’s portrayal of her. Implying she slept with a source for a story isn’t the only problematic aspect of that portrayal either. Scruggs is also shown breaking the law in trying to talk to Jewell’s lawyer (Sam Rockwell), taunting colleagues who write less interesting stories, and having no use for anything that won’t attract headlines.

Such character details aren’t necessarily defamatory, and many who knew Scruggs say she was an aggressive reporter who lived as hard as she worked. Yet screenwriter Billy Ray basically justified the harsh portrayal of Scruggs in the movie by pointing to how the media ruined Jewell’s life by convicting him in the court of public opinion. Furthermore, he says the film did Scruggs a favor by redeeming her character by the end, something she probably didn’t deserve since she never publicly expressed remorse for her reporting.

(Maybe Ray developed a grudge against reporters after writing and directing Shattered Glass, an outstanding movie about how the media failed its responsibilities.)

However, what Richard Jewell apparently wants its audience to overlook is that Scruggs was doing her job by reporting what she learned. She didn’t say Jewell was responsible for the Centennial Park bombing. She reported that Jewell was the lead suspect in the FBI’s investigation, a stunning turn considering the hero treatment he received just days earlier. And she continued to cover the story as the case built against Jewell, then eventually fell apart. The movie also includes a scene in which Scruggs is applauded in the AJC newsroom for reporting the story, something with which most news reporters would surely take issue. Was Scruggs in journalism for the glory of breaking a big report? The suggestion makes her look like a villain.

Richard Jewell’s story is one worth telling. It’s been done before in several books, in addition to a 30 for 30 short documentary. It’s a cautionary tale against rushing to judgment, which can lead to extreme consequences for those affected. But Eastwood is using what happened to Jewell to air his grievances about the media and the FBI. Is it a coincidence that the credibility of both institutions is under attack in our country’s current discourse?

No, Eastwood doesn’t have to be fair. (Although he doesn’t let Jewell off the hook, which is worth noting.) It’s his right as a filmmaker to use his movie as a vehicle for whatever message he wants to send. Besides, neither the media nor the FBI should be absolved for what happened with Jewell. There are lessons to be learned which can be applied to this day. Unfortunately, Richard Jewell prefers to feed into ugly misperceptions and stir up outrage, committing the same sorts of wrongs that the movie shows were inflicted on Jewell.

It’s really a shame, because everyone involved with this movie deserves better, particularly Paul Walter Hauser, who does Academy Award-worthy work here. But the controversy surrounding the film appears to be steering people away. Richard Jewell drew under $5 million at the box office for its opening weekend, a career-worst showing for an Eastwood film. Next time, maybe the director will focus more on why a story should be told, why a movie is worth watching, to attract an audience.