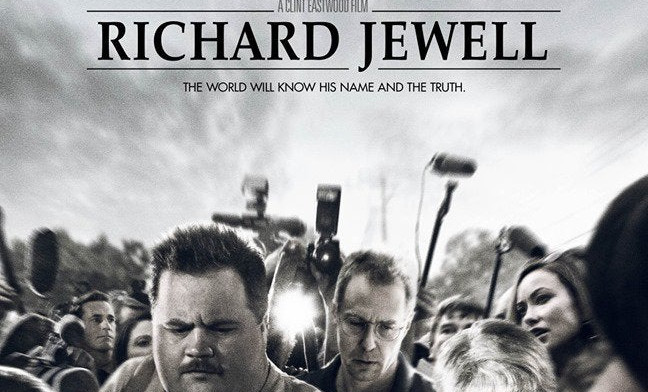 There’s quite a journalism controversy erupting around Richard Jewell, the new Clint Eastwood-directed movie focusing on the titular security guard who discovered a bomb during the 1996 Atlanta Olympics.

Jewell helped alert authorities to evacuate the park and save lives, but was under suspicion as part of the plot for several months before eventually being cleared. The new film premiered at AFI Fest in Los Angeles last month, and is set for a theatrical debut on Friday, but it’s already generated controversial headlines, specifically in its depiction of Atlanta Journal-Constitution journalist Kathy Scruggs, played by Olivia Wilde.

Scruggs (who passed away in 2001) broke the story that Jewell was under investigation by the FBI. In the film, she’s portrayed as getting that information by sleeping with an FBI source (played by Jon Hamm). But the AJC has maintained there’s no evidence that Scruggs slept with anyone involved in the Jewell investigation, and as per Brent Lang of Variety, that has now led to the paper hiring an attorney to send a letter to Eastwood, screenwriter Billy Ray, and production company Warner Bros. threatening a defamation case and demanding a statement acknowledging dramatic license here and asking for a disclaimer to be added to the film:

“We hereby demand that you immediately issue a statement publicly acknowledging that some events were imagined for dramatic purposes and artistic license and dramatization were used in the film’s portrayal of events and characters,” the letter, sent to Warner Bros., Eastwood, and screenwriter Billy Ray, reads. “We further demand that you add a prominent disclaimer to the film to that effect.”

…Reached for comment, Kevin G. Riley, editor of the Journal-Constitution, said that reporters in his newsroom and those who knew Scruggs were disturbed by the film’s portrayal. Riley saw the film when it premiered at AFI Fest. He said he felt that the movie trades in harmful stereotypes about female journalists, such as those seen in movies like “Absence of Malice” and “Thank You for Smoking” that have depicted female reporters sleeping with sources.

“I think this letter makes it clear how seriously we take the misrepresentation of our reporters’ actions and of the actions of the newspaper during that time,” he said. “We have been clear about how disturbed we are in the film’s use of a Hollywood trope about reporters…and how it misrepresents how seriously journalists concern themselves with reporting accurately and ethically.”

…[Attorney Martin] Singer sent the letter on behalf of the paper and its owner Cox Enterprises. In it, he also asserts that not only does the film fail to accurately characterize Scruggs’ behavior, it also misrepresents the role that the paper’s reporting played in exonerating Jewell. Eric Rudolph, an American terrorist, was later found to have been responsible for setting off a bomb that killed two people and injured 111 others. Jewell, a security guard at the park, helped to evacuate the area after the bomb was discovered.

“The film literally makes things up and adds to misunderstandings about how serious news organizations work,” said Riley. “It’s ironic that the film commits the same sins that it accuses the media of committing.”

For their part, Warner Bros. responded with this statement:

Warner Bros. just absolutely steaming that someone would suggest the studio (checks notes) issues a disclaimer saying the movie they’re releasing — which falsely accuses a dead female reporter of trading sex for info — takes liberties with the facts https://t.co/pCOaaVs52F pic.twitter.com/FtdRSXQOYZ

That’s a bad statement on a lot of levels, including not specifically addressing what’s at hand here. The movie’s claim that Scruggs slept with a source is a very serious allegation that’s unproven, and it seems particularly unfair to levy that claim against a reporter who passed away almost two decades ago and can’t take on that allegation herself. Of course, this may not lead to legal success for the AJC; Deadline’s Dominic Patten writes that the film already includes the disclaimer of “The film is based on actual historical events. Dialogue and certain events and characters contained in the film were created for the purposes of dramatization.”

That may be enough to get them out of a defamation suit if one is ever filed, but the claim here from the movie is still a huge leap from known facts, and it’s notable that it’s produced this pushback. It’s also worth noting that Wilde’s comments on this (to Variety earlier this month) have already received a whole lot of backlash:

“I think it’s a shame that she has been reduced to one inferred moment in the film,” Wilde told Variety‘s Marc Malkin on the 2019 Gotham Awards red carpet. “It’s a basic misunderstanding of feminism as pious, sexlessness. It happens a lot to women; we’re expected to be one-dimensional if we are to be considered feminists. There’s a complexity to Kathy, as there is to all of us, and I really admired her.”

…“I did a ton of research, I really embraced her dynamic, multidimensional nuanced personality,” Wilde added. “She was incredibly dogged and intrepid. She was famous to getting to crime scenes before the police. She was also a woman working in the news in 1996; yeah, she had relationships with people she worked with. That’s pretty common in any industry. I don’t see the same thing happening to Jon Hamm’s character, who arguably does the exact same thing. I have nothing but respect for Kathy Scruggs, she’s no longer with us, so I feel a certain amount of responsibility to protect her legacy and tell people: ‘Back off. Don’t reduce her to this one thing.’”

None of that makes this look better, and Wilde’s “defense” here only makes the film look worse still. We’ll see where this goes, but this is certainly a negative story around the film ahead of its release, and it may lead to a lot of people declining to see it in theaters.