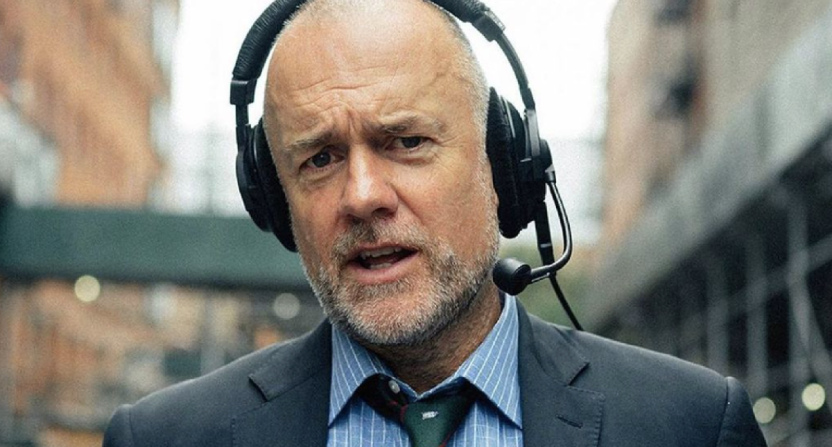 Michael Davies has a long (and successful) career in television production, as well as a loyal following among American soccer fans as one half of the Men in Blazers.

Over the past few months he’s also served as the interim producer on Jeopardy!, brought in to steer the ship after the disastrous Mike Richards era, when Richards attempted to install himself as host only for unsavory past comments to surface that cost him his roles on and off-camera.

Davies has a background in game show production, having most famously run the American Who Wants To Be A Millionaire? but also having produced shows like ESPN’s 2 Minute Drill and plenty of other sports-related content. His Embassy Row Studios produces the acclaimed Good Morning Football, among many other projects. Amidst all of that, Davies still maintains his podcast-hosting duties alongside Roger Bennett, a podcast that has been hosted at Grantland and now at NBC Sports. They also have a television series loosely recapping EPL action, that formerly aired on NBCSN and now streams on Peacock.

Writing today on the show’s official site, Davies announced that having so far worked under the interim EP title at Jeopardy!, he’ll be accepting the offer to take on the position permanently.

I have always known that the job of Executive Producing this show was to be a custodian of something that has meant so much to so many people for so long and to protect the work of those who created and built something so magical.

But it is also a building job. And a development job. And that is the kind of Executive Producer role that is a dream for a producer like me. Jeopardy! has a massive opportunity to build further and, far from being threatened by the massive changes in the media landscape, we can take advantage of the emergence of new platforms and bring more Jeopardy! to more audiences. There is just so much more we can do together. So, although I never imagined I’d be writing this…

Today, I am delighted to announce that I have accepted Sony’s offer to become the show’s full time Executive Producer.

Writing further, Davies notes that not much else will change about his other projects, citing the team he has in place at Embassy Row and the partnership they have with Sony that will allow him to continue to oversee various productions. The Men in Blazers podcast isn’t mentioned, but it’s presumably a safe bet to assume it will continue as it has; after all, Davies has already been in this exact Jeopardy! role for months now.

For fans of Jeopardy!, this is almost certainly good news. The show was always going to need to change after the loss of Alex Trebek; it still very much worked, but trying to replicate that exact feel without him would be impossible. To that end, having someone with this kind of experience and demonstrated competence both in game show production but also in overall television production is a win moving forward. Indeed, Davis hinted at future plans for the show to be announced in the near future:

I am both honored and humbled by the faith the studio and the staff have put in me. Over the next few months, the scope of our plans will become clear.

Considering how chaotic the Richards scandal was (it’s not often major Hollywood insider stories are writing tell-alls about the inner workings of Jeopardy!, and the show would presumably prefer to keep it that way) landing Davies and moving forward feels like a very big win. And for Davies, a game show man at heart, it’s easy to see why arguably the best game show ever created would have this appeal.