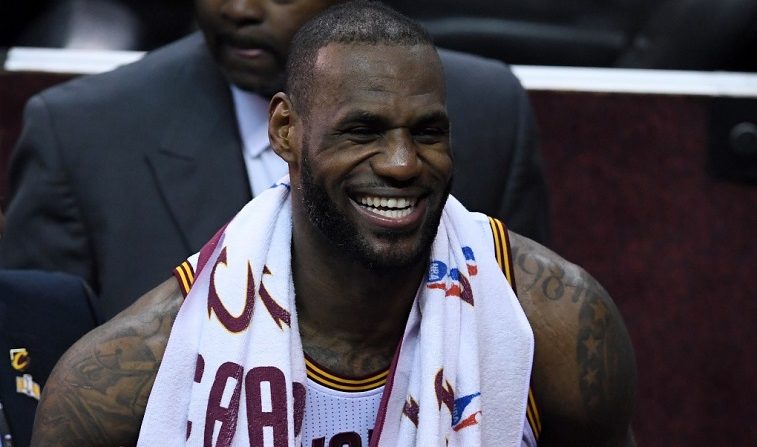 Fans of Kid ‘n Play might object, but LeBron James and his SpringHill Entertainment production company are working on a remake of 1990 comedy House Party. The project is being written by Stephen Glover and Jamal Olori, writers on the FX series Atlanta.

The popular hip-hop duo starred in the movie about high school kids throwing a party while Play’s parents are away on vacation. Kid, meanwhile, got into a fight at school and, as a result, is prohibited from going to the party by his father. But if he listened to his Pop and stayed home, there probably wouldn’t have been much of a movie.

Getting to the party is almost its own story, however, as Kid runs into the bully with whom he got into that fight and stumbles into a college reunion along the way. But once he gets to the party, dance contests and freestyle rap battles ensue, the kind of stuff that has kept this movie a cult classic (along with its two sequels) for nearly 30 years.

But don’t call this a reboot, LeBron told The Hollywood Reporter‘s Tatiana Siegel:

“This is definitely not a reboot. It’s an entirely new look for a classic movie,” James tells The Hollywood Reporter. “Everyone I grew up with loved House Party. To partner with this creative team to bring a new House Party to a new generation is unbelievable.”

Those of us who cover and follow pop culture probably get too hung up on terms like “reboot,” “remake,” “revival,” “repurposing,” “reimagining,” or whatever else might be used to define and promote older material that’s being updated for new audiences. But if LeBron says this new House Party isn’t a reboot, does that mean it could be a sequel?

Could a now-adult Kid ‘n Play be dealing with their offspring trying to throw a party that blows the roof off the house, like they did nearly 30 years ago? Could Kid be holding the belt, ready to discipline his kid for going out to a party when he was told not to? And who would be the next Kid ‘n Play for a new generation?

One thing that will be important to the movie is its soundtrack. Not only could musical acts provide music for the film, but some could also have parts in the movie as well, according to James’s production partner, Maverick Carter.

“We’re trying out some ideas for musicians to be cast in and to be a part of the project,” says Carter, who adds that a cameo by James, in high demand since his well-received performance in Universal’s Trainwreck, also remains a possibility. “There’s no plan for it now, but he’s a fantastic actor, and if he wants a role, Stephen will find a great role to put him in,” adds Carter.

OK, we won’t get our hopes up, but if LeBron was in the movie, who could he play? Might he play himself and somehow end up at the party? What if he played Pop? Or is he still too young for that?

The House Party reboot (sorry, LeBron) will be the first feature film project for SpringHill Entertainment. LeBron’s production company has been involved in several TV shows, including Survivor’s Remorse on Starz, NBC’s game show The Wall, and other upcoming projects such as a Netflix series about activist and entrepreneur Madam C.J. Walker, a medical drama focused on a sports surgeon, and comedies based around sports assistants and sneaker culture.

However, this House Party announcement does bring some bad news. Since SpringHill will be working this as its first feature film, that means Space Jam 2 is going on the backburner for now. It’s “a ways off,” according to Carter. And it’s already been four years since that project was announced.