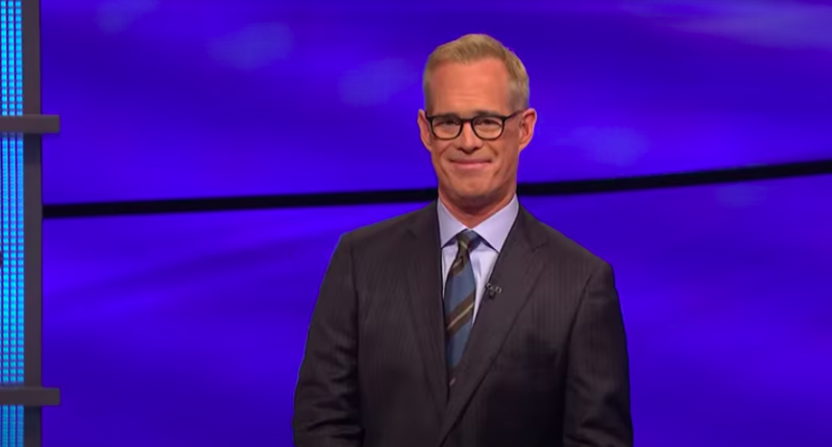 While the drama surrounding the permanent host role at Jeopardy! continues, it’s good to know that there’s still a little drama to be mined from the guest hosts who attempted to fill that role (and likely never had a legitimate shot to win it).

Sportscaster Joe Buck was among the media, entertainment, and sports figures who got the chance to step into Alex Trebek’s shoes this past summer. It would be fair to say that the reaction to Buck was mixed, much as it always is. While some appreciated his charm and ease with contestant interactions, many others just found him off-putting or annoying.

One such critic was James Holzhauer, who famously won the show for 32-consecutive games. Whenever anything Jeopardy!-related happens, people look to him for a comment and he was more than happy to drop the hammer on Buck during his run.

Jeopardy says whoever hosts full time will have to quit their other job, so I’m crossing my fingers it’s Joe Buck

Certainly, nothing Buck hasn’t heard before but the broadcaster clearly became aware of the dig at some point. During a recent interview with Jimmy Traina on the Sports Illustrated Media Podcast, Buck responded with a dig of his own.

“I wouldn’t know James Holzhauer if he was sitting here in my room,” Buck said. “I don’t know much about him. I know about his success on the show, but I don’t know what kind of a guy he is. I have no idea. I couldn’t care less. I’m at the point now where I am so overreacting to Twitter.”

Of course, talking about how you couldn’t care less is usually a sign that you kinda do care. And Buck wasn’t done just yet.

“I don’t know who he roots for. I don’t know where he’s from,” Buck said. “I don’t know what his favorite team is. I have no idea. So that’s how I took it and kind of did a little eye roll and moved on to the next 3-year-old’s diaper I had to change. That kind of stuff is becoming less relevant in my life.”

“It’s one of those things I would never see if not for people in my life who can’t wait to go, ‘Oh, I don’t know if you saw this, but James Holzhauer is ripping you, so I don’t really have any context,’” Buck said. He continued, “I’m not going to bed crying, sucking my thumb because James Holzhauer doesn’t like me.”

That’s a lot of words to say “I don’t care,” so we can probably read through the lines that Buck was irked by the comments, even if he tried really hard to come off like it was no big deal.

To be fair, Buck wasn’t the only Jeopardy! guest host that Holzhauer hoped would lose his day job. In fact, the Chicago Bears fan made it clear he would have loved to have seen Green Bay Packers QB Aaron Rodgers trade his current job for this one even more.