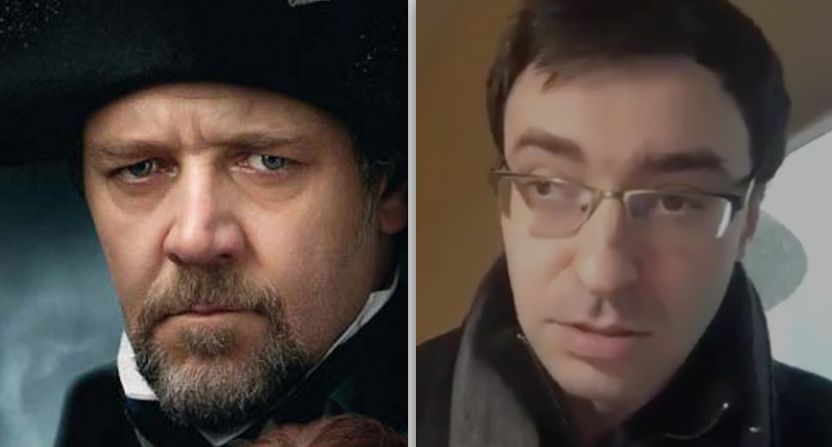 With no live sports to call, sportscasters have been showing off their creative sides while quarantining during the COVID-19 pandemic. Fox’s Joe Buck, for example, has called play-by-play for stay-at-home competitions. Others, like BBC broadcaster Andrew Cotter, have chronicled their pets’ battles for chew toys.

Nearly two months into the sports shutdown, some broadcasters are now showcasing their musical talents and love of Broadway theater.Chicago White Sox and ESPN play-by-play announcer Jason Benetti has been featuring himself and several of his sportscasting colleagues performing scenes from comedies such as Talladega Nights, Anchorman, and Billy Madison. But Benetti took the ambition of #SportscasterScenes on Tuesday, enlisting fellow ESPN broadcasters Kevin Brown and Bill Roth for a performance of “The Confrontation” from Les Miserables.

Ever wonder what happens when you take two sports announcers, put them on Zoom, have them sing Les Miserables and try to sync a piano played by another sports announcer?@kevinnbrown (Valjean), @BillRoth_ (piano) & I (Javert) did too.#SportscasterScenes goes Broadway. Ep. 9. pic.twitter.com/iaVuop3rsf

Brown, who also calls play-by-play for the Baltimore Orioles’ radio broadcasts, played the role of Jean Valjean, previously portrayed by such acclaimed actors as Hugh Jackman, Dominic West, and Liam Neeson. As Javert, the story’s villain, Benetti joins a group of thespians including Russell Crowe, John Malkovich, and Geoffrey Rush.And credit to Roth for managing to stay along with the vocal performances on piano, something that couldn’t have been easy over Zoom.The performance is drawing rave reviews on Twitter, as Benetti has mentioned.

As a point of reference, here is “The Confrontation” from the 2012 movie version of Les Miserables, starring Jackman and Crowe.

Benetti is taking suggestions for scenes to perform and broadcasters who could join him, giving the #SportscasterScenes series an interactive feel with fans.

If you have a sports announcer you'd like to see in a specific scene, please tweet your suggestions using #SportscasterScenes.

But the bar has obviously been raised with the performance from Les Miserables. Can Benetti and his colleagues go back to doing scenes from movie comedies when there are so many other stage musicals waiting to be performed? The possibilities are seemingly endless. Hamilton, Rent, Oklahoma!, Chicago, The Phantom of the Opera, to name but a few.

Do these sportscasters dare perform a scene from Cats? Maybe with filters to give everyone involved those key feline features. Could it be any worse than the movie version that shocked the world last December?