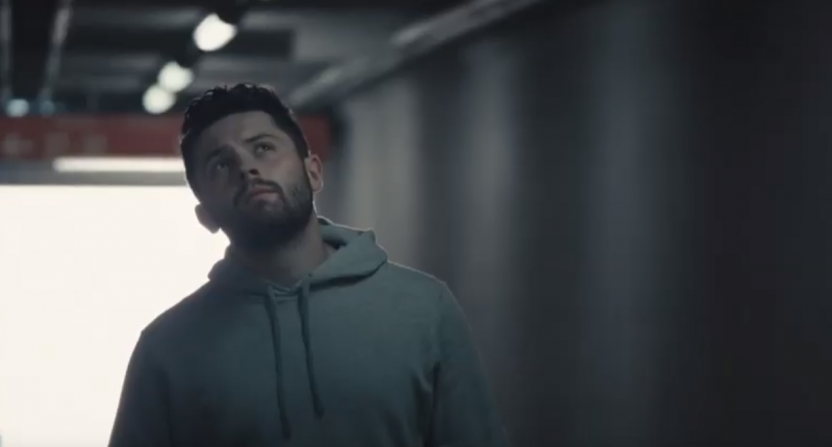 There’s a crowded field of terrible advertisements this fall. No, I’m not talking about the Stockholm Syndrome Peloton ad nor the haunting dead grandma iPad commercial. I’m not even here to pile on about why we don’t need any more milquetoast Aaron Rodgers State Farm spots. That’s been done. No, I’m talking about something far more sinister: Baker Mayfield and Progressive have joined forces and they’re terrorizing my dogs.

“Bring me the head of the person responsible for the Baker Mayfield Progressive commercial with the smoke alarm.”
– Dog owners everywhere

In this 42-second canine horror movie, Mayfield meanders around First Energy Stadium haplessly trying to locate a beeping smoke alarm. The result? My dogs (2007-Britney-Spears-Dog as well as Niles-Crane-Spirit-Animal-Dog) going absolutely mental until the next commercial break. 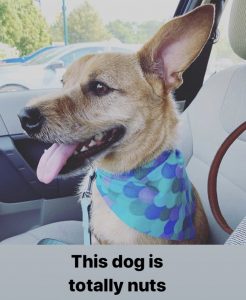 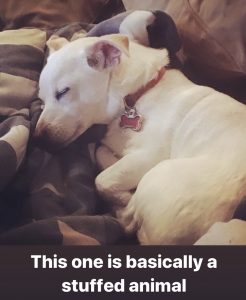 They are united in hating this commercial

And it’s not just my dogs, it’s yours as well.

Motion to get the #Progressive commercial with the smoke alarm to stop being played. My parents dog is extremely scared of that noise and she shakes in fear for several minutes every time it plays 😭 we try to catch it in time and mute it but we aren’t always successful 😭😭 pic.twitter.com/cgqUC1g7Mo

That progressive commercial where the smoke alarm beeps is the WORST… it triggers our dog’s anxiety every time and she starts running around, whining, and shaking. 😠😭

There is a Change.org petition on the matter, as well as direct appeals to PETA, Progressive, and Mayfield himself to pull the commercial from air:

@ask_progressive @peta – lot of people complaining about your smoke alarm commercial triggering their dog’s anxiety. I’m another one of those people. Not cool.

Hey, @Progressive. I would like to request stopping the #Baker commercial with the smoke alarm beep. 1. My dog literally shakes after hearing this beep. 2. My wife and I have to rush to find the remote to turn off your commercial/mute it. 3. Baker hasn’t been good @Reflog_18

Hey @bakermayfield and @Progressive, your smoke alarm commercial puts our Great Dane into a shivering panic. She’s not a fan of home fires. Great campaign, but that smoke alarm chirp is a little too realistic for her. 🔥🥺🐾

Twitter user @dj20801 (above) raises an excellent point. As a person who, not three months ago, found herself balancing precariously on a stool atop a nightstand at 4 AM trying to quiet a chirping alarm, I will also agree that the general sentiment of “remember to change your batteries, you bunch of morons” is a good one. However, Progressive is building zero goodwill in the dog-lover customer segment:

.@Progressive smoke alarm commercial makes my dog freak out and is the exact reason why I have Liberty Mutual.

I will not get @Progressive insurance due to the smoke alarm beeping commercial. You scare my dog… you done 🙅🏻‍♂️

The fact that this commercial was greenlit in the first place shows a blind spot for Progressive (too focused on the Dawg Check and not focused enough on the dog check?). And I’d like to go on record and say, on behalf of dog owners everywhere, we don’t need any of the following campaigns:

Progressive, I am happy to consult on future projects. Now take down that commercial before I get kicked out of my apartment.