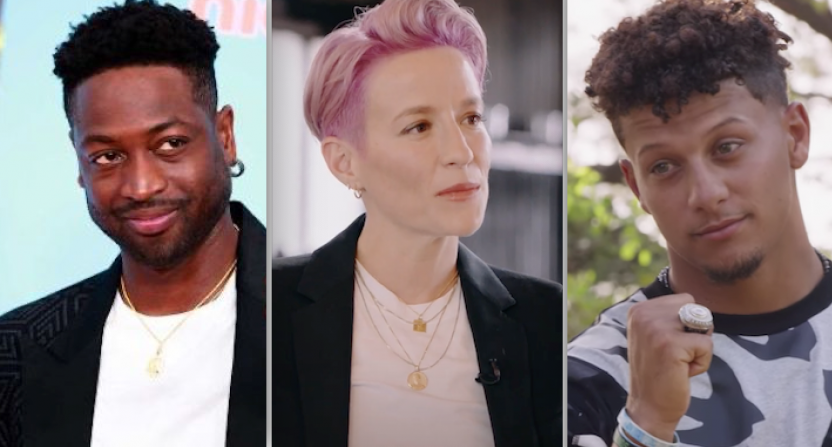 Time magazine has released its list of 100 Most Influential People for 2020 and it’s always intriguing to see which athletes were named among world leaders and influencers. This year, seven athletes made the cut, grouped among five categories: Pioneers, Artists, Leaders, Titans, and Icons.

WNBA star Maya Moore and NBA Most Valuable Player Giannis Antetokounmpo are in the Pioneers group. Moore’s work with criminal justice reform and Antetokounmpo’s role on a Milwaukee Bucks team that led player protests of the Jacob Blake shooting during the NBA Playoffs are attributed to their distinctions.

“Giannis sets an example by standing up for what he believes in. After leading the Milwaukee Bucks to the playoffs, he and his team protested the police shooting of Jacob Blake in their home state by refusing to play, sparking a wave of strikes and postponements throughout the NBA.”

Among the Titans are Super Bowl MVP Patrick Mahomes, race car driver Lewis Hamilton, and former NBA star (and current TNT broadcaster) Dwyane Wade. Mahomes is celebrated for the success he’s achieved so early in his career. Hamilton is highlighted as F1’s only Black driver and his advocacy for the Black Lives Matter movement. Wade’s philanthropy and the example he set in supporting his transgender daughter Zaya is noted.

“His activism has also moved the world. Lewis has brought international attention to the Black Lives Matter movement, through his advocacy on social media and at F1 events. Lewis’ mental preparation, his aura, his ability to capitalize on every opportunity to use his platform to drive out racism are more than just a model for race-car drivers and other athletes. He’s an inspiration for everyone.”

Finally, U.S. Open champion Naomi Osaka and soccer star Megan Rapinoe are listed among the Leaders. Osaka is praised for using her winning platform to raise awareness of racial injustice and police violence, while Rapinoe’s efforts for gender pay equality and LGBTQ rights warranted her honor.

The full 100 Most Influential People of 2020 list is available at TIME.com and the print issue is currently on newsstands.