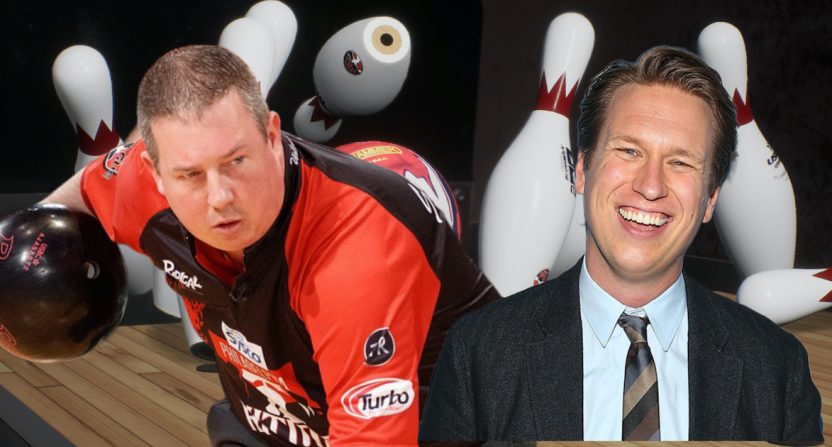 Comedian Pete Holmes has been cast as the lead in the pilot episode for an upcoming CBS sitcom based on the life of professional bowler Tom Smallwood.

The as-yet-untitled comedy will tell the story of Smallwood, a Saginaw, Michigan resident who’s laid off from his job on a General Motors assembly line and decides to take a chance in professional bowling.

With a wife and one child at the time, Smallwood spent a year trying to find a new job while also practicing to qualify for the Professional Bowlers Association tour. (He qualified for the tour nearly 10 years earlier, but didn’t make the cut in enough events to stay on.)

Smallwood broke through in 2009, winning the PBA World Championship and its $50,000 first-place prize. The win also earned him an exemption on the PBA Tour (meaning he didn’t have to qualify and could participate in any event he wanted) for the next two years.

“I really, really hope this proves I belong,” Smallwood told MLive’s David Harris after winning. “I feel that I do. I am just like everyone else with a wife (and) kid with a house and car payment. As long as I can keep making those, I am happy.”

A longtime stand-up comedian and podcaster (You Made it Weird), Holmes might be best known for The Pete Holmes Show, a variety talk show that included sketch performances, stand-up routines, and interviews. The show ran for two seasons on TBS from 2013 to 2014.

Holmes was also the lead in HBO’s Crashing, portraying a comedian who pursues a stand-up career after his wife leaves him. That series had a three-season run on the premium cable network.

CBS ordered a pilot for the bowling comedy written by Mark Gross (Man with a Plan, Mike & Molly) earlier this month. Such an order usually means that a show will be picked up as a series, but it’s possible that a network will decide to pass if executives don’t like the pilot episode.