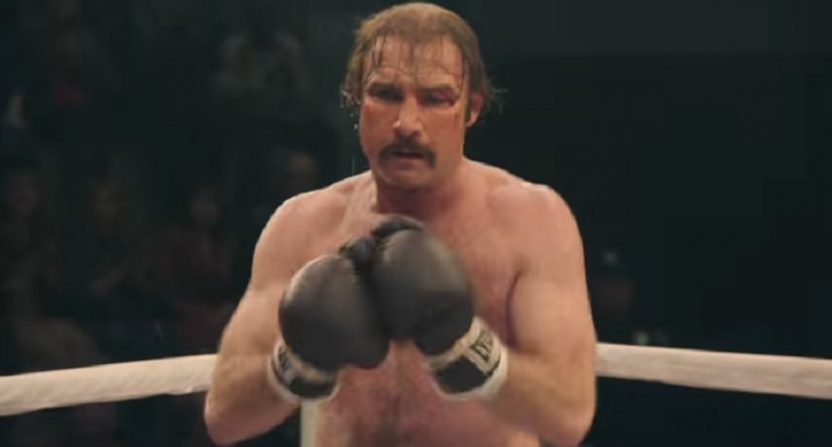 A year in sports and entertainment just doesn’t seem complete without a new boxing movie added to the mix. This year will be no exception with Chuck, a biopic about Chuck Wepner, coming to theaters in May. (The film makes its U.S. premiere in April during the Tribeca Film Festival.)

Starring Liev Schreiber, Chuck follows the career of Wepner, a journeyman boxer nicknamed “The Bayonne Bleeder.” (“The Bleeder” was the original name for the film when it premiered at the 2016 Toronto Film Festival.) Wepner ruled the New Jersey circuit and was once the state’s heavyweight champion. That earned him bouts with George Foreman and Sonny Liston, both of which he lost.

However, Wepner is likely best known for his 1975 fight with Muhammad Ali, going 15 rounds with the world heavyweight champ (and even knocking him down) before finally losing on a TKO. That fight with Ali was the inspiration for Rocky, with Wepner eventually taking Sylvester Stallone to court for payment in using his story. (The lawsuit was settled in 2008.) Now, Wepner’s story is getting its own movie, portraying the real guy, not a fictional representation. Here is the official trailer for the film.

As you can see from the trailer, Stallone is a part of the story (played by Morgan Spector), and it should be intriguing to see how the film portrays that. Of course, the fight with Ali (Pooch Hall) is also in the film. How could a biopic about Wepner not include those two storylines? But it appears that the movie largely focuses on Wepner’s life after his most celebrated moments and his struggles to both maintain a career and his family life.

Directed by Philippe Falardeau (A Good Lie) and written by Jeff Feuerzeig (who directed the ESPN 30 for 30 documentary on Wepner, titled The Real Rocky) and Jerry Stahl, with Schreiber also contributing, the movie looks like some period piece fun — kind of like Boogie Nights set in the less glamorous side of professional boxing. Joining Schreiber in the cast are Elizabeth Moss (as Wepner’s second wife, Phyllis), Naomi Watts (wife No. 3, Linda), Ron Perlman (Wepner’s trainer, Al Braverman) and Jim Gaffigan (the boxer’s best friend, John Stoehr).

Chuck will premiere in theaters on May 5.