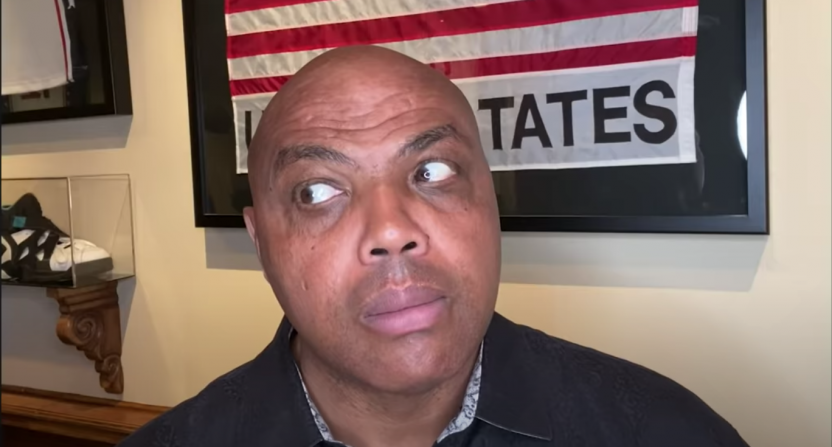 To the surprise of Saturday Night Live fans and those who cover media and pop culture, the show announced last Thursday that a second “SNL At Home” would air this weekend. Though the first attempt was a pleasant success, it also felt like a happy accident.

The difficulty involved in getting 15 cast members involved remotely, along with the necessary production and editing, didn’t seem like something that could be repeated. (ESPN, ABC, and NFL producers surely laugh at that notion, having produced approximately 16 hours of a virtual NFL Draft, herding hundreds of camera feeds from general managers, coaches, players, and team owners over the past three days.)

But after proving that a remote version of SNL could be done, the second “SNL At Home” was a more polished production in terms of editing, on-screen graphics, and bringing in celebrities like Brad Pitt and Paul Rudd for cameo appearances. And this edition included several sports-themed sketches and references, three of them starring Kenan Thompson, some of which were funny and others that weren’t. (That can probably be said for any SNL episode, right?)

Charles Barkley on “What Up With That?”

Perhaps the night’s biggest surprise, especially for longtime SNL fans, was the return of “What Up With That?” with Thompson as Diondre Cole, a BET talk show host who would rather play the show’s theme song than let his guests speak. (Frequent guest Lindsey Buckingham, played by Bill Hader, never got a chance to talk at all.)

Backup singers, a Kenny G-like saxophone player (Fred Armisen), and a dancer in a red tracksuit (Jason Sudeikis) made the whole premise absurdly funny, even if it didn’t often make sense. The less explanation, the better. The recurring sketch was popular, but SNL‘s writers worried it would get stale so “What Up With That” hadn’t been on the show for nearly eight years.

That is, until it was revived on Saturday with special guest Charles Barkley. Barkley didn’t exactly shine as an actor here, but he played along well with the sketch and didn’t flub any lines.

Thompson also starred in arguably the boldest sketch of the show, portraying O.J. Simpson letting all of his fans know he’s OK in Florida during the COVID-19 outbreak.

No, this skit wasn’t full of dazzling graphics or digital backgrounds, but it was daring with the frequent jokes about Simpson’s reputation as an alleged murderer and the dangerous temper that fueled those actions. Best of all, Thompson captures Simpson’s cluelessness and tone-deafness toward his public perception.

Colin Jost worked in a quick joke about ESPN’s The Last Dance during Weekend Update. Michael Jordan did do Hanes commercials during the period chronicled in the documentary, but the one Jost mentioned aired in 2010. At least Chicago Bulls general manager Jerry Krause was spared.

Another sports-themed sketch might have been worst one of the night. Thompson has played beloved Boston Red Sox slugger David Ortiz several times before as a guest on Weekend Update. The gist of the gag is Ortiz, with Thompson’s goofy Latin accent and broken English, being a shameless shill for questionable products like bicycle spokes and t-shirts for manatees.

Like many sports stars and celebrities quarantining through the COVID-19 outbreak, Big Papi is hosting a cooking show featuring dubious Dominican dishes, including Big Papi’s signature Wasakaka Con Queso Frito. (According to Variety‘s Brian Steinberg, some of the recipes were influenced by Colin Jost’s vacations in the Caribbean.) Along the way, Papi promotes canned beans and hand sanitizer. Rapper Bad Bunny also makes a special appearance in this one.

Of the four sports-related sketches or bits, the Big Papi one felt like the biggest miss. Thompson as Ortiz is amusing, but probably works better in shorter skits like the Weekend Update appearances. The smartphone taped to the ceiling to film overhead shots was pretty funny, though.

Will we get one more “SNL At Home” show? A Saturday Night Live season typically runs through May, so that provides about a month for at least one more remote effort. The performers and writers are getting better at this, so here’s hoping they try it at least once more.