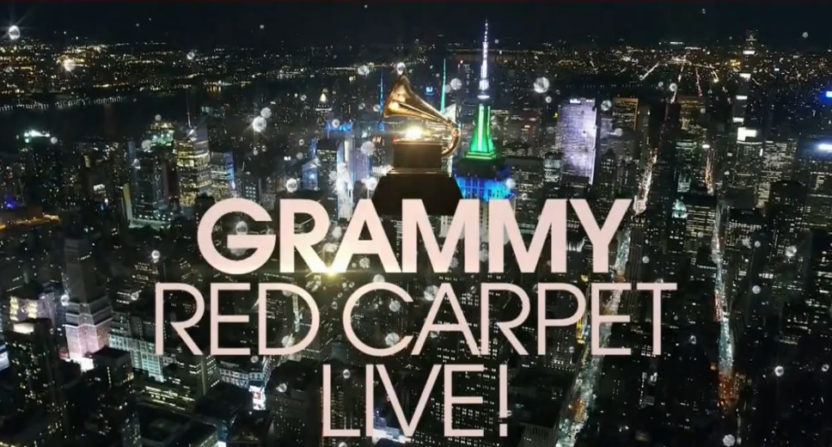 Sunday was not a good day for CBS’ social media team, as they got yelled at both for showing too little golf and showing too much golf.

First, they went to coverage of the PGA Tour’s Farmers Insurance Open 21 minutes late thanks to the Michigan State-Maryland game running long, and they took a lot of criticism for that from angry golf viewers. Then, that tournament ran 38 minutes into CBS’ scheduled Grammy Red Carpet Live, which had a whole lot of Grammys viewers upset.

There was still red carpet coverage available from competitors like E!, and CBS’ own coverage was streaming on All Access, their Facebook page, the Recording Academy’s Facebook page, and Grammys.com, but that didn’t please many of those looking to watch it on CBS.

That golf overrun might cause some significant financial losses (possibly in the millions) for CBS given how high Grammys red carpet viewership has been in recent years (it drew 4.04 million viewers and a 3.2 rating in overnights last year). And they didn’t please golf fans either; the Farmers Open still wasn’t over when they left, so CBS pushed coverage of the three-man playoff over to the NBC-owned Golf Channel, again upsetting golf fans (and probably losing out on some viewers and potential commercial revenue there).

Here’s Jim Nantz’s throw of “We go from the gimmes to the Grammys,” plus his announcement that the tournament coverage would continue on Golf Channel:

Oh, and when CBS did get into the red carpet coverage, they started with an intro that talked about them being live, but then included host Kevin Frazier saying “for the next hour, we will work every inch of this red carpet.” (Which may have aired earlier on the stream, presumably.) This Hour Has 22 Minutes is far better as a CBC comedy program than a statement of fact.

CBS threw in a whole lot of commercials to try and make up for the time they missed. So pretty much everyone got upset, and nothing worked out well for the network. Here are some of the tweets from the upset Grammys viewers:

Hey @CBS can you turn golf off so I can watch something important like idk THE GRAMMY RED CARPET LIVE???

#TurnItOff Switch to Grammy's live red carpet! This is one of the biggest nights of the year! #HorribleNetwork choice.

CBS only has 22 minutes of Red Carpet for the #Grammys because of golf.

Executives have to be livid.

And once they did make the change, many complained about the packed-in commercials:

you still dare to play commercials after you overrun the red carpet by 36 minutes? only 22 minutes of coverage? you're certain to lose a lot of paying customers! I hope the Grammy's chose another network for 2019.

And now that the red carpet is finally on, it’s literally all commercials…so freaking disappointing.

.@CBS made a complete mess of the Grammy Red carpet broadcast. Over half of it got replaced for some golf thing, and then over half of the 22 minutes left was commercials. Yet they left an intro that said "we're here for an hour of red carpet". What the heck is this mess????

Meanwhile, some golf viewers got upset that CBS bailed ahead of the playoff, sending coverage over to Golf Channel:

CBS cuts out of coverage to go the Grammys? That's weak

I have Golf Channel but anyone who doesn't that's shitty

Aggie Ryan Palmer birdies 18 and is at -10, headed to a playoff to win the Farmers Insurance Championship. I'd like to tell you it's on KBTX, but coverage is now on the Golf Channel because CBS NEEDS to show Grammys red carpet stuff.

Would any other sport get bumped for an awards show? #FarmersInsOpen

Not gonna lie. Pretty bullshit that CBS is moving to pre Grammy coverage rather than a 3 man playoff.

To the golf channel we go…

They also bumped the start. Think about this sponsors. @fedex. I’ll be using @UPS just to make you think twice next year.

It has to be said: between the scheduling (boring course/lackluster vibe) and the coverage (a playoff concluding on an upper-tier cable network) this is just an absolute waste of what should be a prime weekend for golf. What a waste of the pre-Super Bowl weekend.

As with the earlier basketball-golf controversy, CBS didn’t really have any great options here. They could maybe have punted golf coverage to the Golf Channel even before the playoff and got in more of the red carpet show, but that would have irritated golf fans even more.

They probably were hoping it wouldn’t go to a playoff and they’d be able to wrap golf up normally, but that definitely didn’t happen. And they couldn’t really have stuck with golf for the playoff; the red-carpet show alone is likely to be significantly higher-rated than the golf, to say nothing of the actual Grammys, and the tournament definitely would have cut into those. (They started at 7:30 p.m. Eastern; the playoff was still going at 8.)

Again, this illustrates the issues with having a lot of big events and not having easily accessible channels to dump starts or bonus coverage to. It’s awesome to have those kinds of rights when everything goes smoothly, but it sure didn’t do that for CBS Sunday.