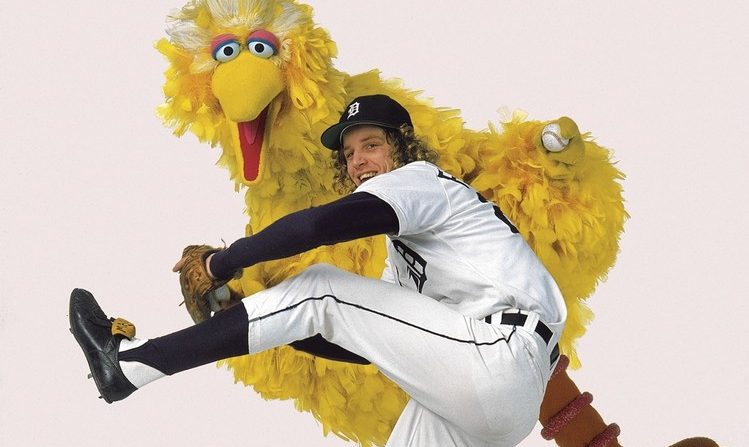 The man and voice behind Sesame Street‘s Big Bird, Caroll Spinney, died on Sunday at the age of 85. Spinney, also the puppeteer for Oscar the Grouch, played the iconic children’s television character for nearly 50 years before retiring in 2018.

For those who grew up as Sesame Street lovers and sports fans, worlds collided in delightful fashion for the June 6, 1977 cover of Sports Illustrated which featured the eight-foot walking bird and Detroit Tigers pitcher Mark Fidrych, who was a rookie sensation the prior season with a 19-9 record, 2.34 ERA, and 24 complete games. He won the American League Rookie of the Year award, finished second in AL Cy Young Award balloting, and was named to the AL All-Star team.

Fidrych was nicknamed “The Bird” by a minor league coach who thought the lanky 6-foot-3 hurler with the mane of curly hair resembled the Sesame Street character. So getting the two to pose for a magazine cover seemed like a fun idea for SI‘s special baseball issue.

But you’re probably ready to point out that a Sports Illustrated baseball preview would’ve been published in April, not June. As SI publisher John A. Meyers wrote in that June issue, the intention was indeed for “the two most popular birds in America,” as he put it, to be the cover boys for the baseball issue. But Fidrych suffered a serious knee injury in spring training (and later endured a torn rotator cuff that wouldn’t be diagnosed for eight years) and was never again the same pitcher.

According to Meyers, a friend of Spinney’s asked him if he’d heard of Fidrych, saying “He’s as wacky as you, and he’s using your name.” When Fidrych and the Tigers visited Yankee Stadium, Spinney greeted him before the game as Big Bird. Upon seeing the two together, SI senior editor Peter Carry thought they would make a great magazine cover.

As fun as that meeting probably was for everyone involved, including the fans in attendance, it couldn’t have been easy for Spinney, who needed to use his entire body to operate the Big Bird puppet. (Maybe Spinney wasn’t operating Big Bird’s mouth and eyes in this circumstance.) 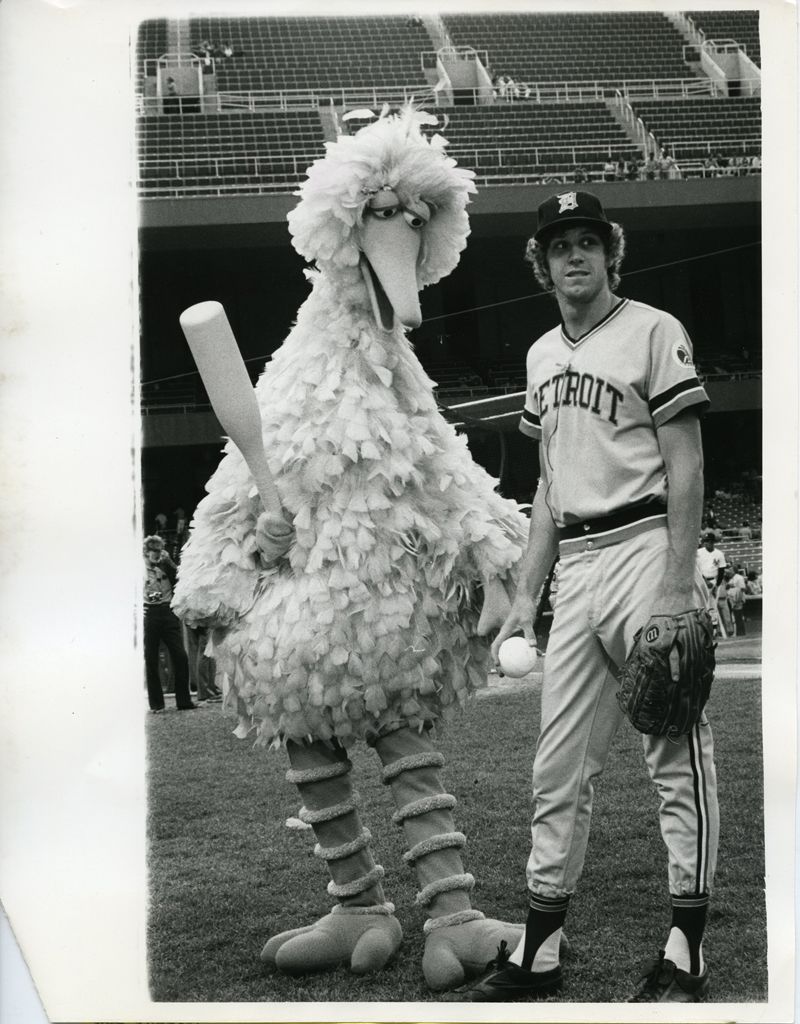 However, in looking at photos from the scene, it appears that Spinney was likely wearing a different, shorter version of the suit. The Big Bird puppet used on Sesame Street was 8-foot-2 in height, while Spinney was six feet tall. Was he able to see through Big Bird’s mouth?

Spinney was the man behind a childhood icon and Big Bird will be remembered by generations of children who grew up watching and loving Sesame Street. Even those who didn’t grow up with Big Bird likely remember his Sports Illustrated cover with Mark Fidrych. It’s a reminder of how fun sports can be and how transcendent a star athlete can become.

Both Big Bird and Fidrych were prominent enough public figures in 1976 that the two meeting for a photo opportunity at Yankee Stadium was an event, an intersection of pop culture and sports. And it led to one of Sports Illustrated‘s most memorable covers, an image that lives on long after the two birds passed on.