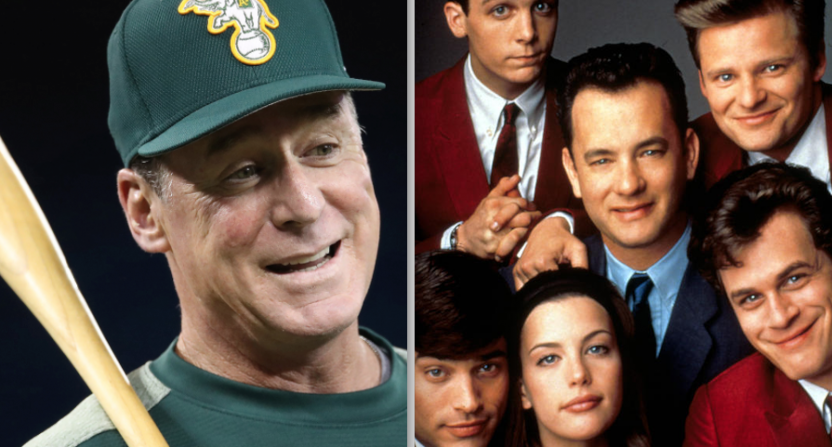 Something you may not know about Oakland Athletics manager Bob Melvin: One of his favorite movies is That Thing You Do.

“More than a fan. I have a little bit of a problem, actually,” Melvin admitted in an interview with Fox Sports Arizona’s Todd Walsh. “There’s cult followings, which this movie has, and then there’s what it means to me.”

Melvin expressed his love for the 1996 film to actor Tom Everett Scott, the star of the film who played drummer Guy Patterson. Knowing how much Melvin adores the movie, Walsh invited Scott onto the Zoom call to surprise the former Arizona Diamondbacks skipper.

But that wasn’t the end of it. Scott one-upped Walsh by inviting castmate Johnathan Schaech — who played The Oneders’ lead singer, guitarist, and heartthrob Jimmy Mattingly — to the call. Melvin, who said his wife and daughter are huge fans of the movie along with him, clearly enjoyed the surprise and invited the cast to an A’s game “if we get going at some point again.”

That Thing You Do has taken on some poignancy in recent weeks during the COVID-19 outbreak. Director Tom Hanks, who also has a small role in his movie as The Oneders’ manager Mr. White, is arguably the most famous person to have contracted the novel coronavirus. (He and his wife, Rita Wilson, were infected while filming a movie in Australia but have since recovered and returned to the United States.)

Additionally, Adam Schlesinger, who wrote the title song for the film and was nominated for an Academy Award, recently passed away due to COVID-19 complications. (Some might know Schlesinger best from the band Fountains of Wayne or his Emmy award-winning work for the TV series Crazy Ex-Girlfriend.)

In the movie, “That Thing You Do” was the breakout single for one-hit sensation The Oneders and Schlesinger perfectly captured the pop sensibilities and sound of the 1960s era.

As a tribute to Schlesinger, the That Thing You Do cast — including Steve Zahn, Ethan Embry, Giovanni Ribisi, and Liv Tyler —  is reuniting for a live stream rewatch of the movie Friday night at 7 p.m. ET on YouTube. The watch party is also intended to raise money for MusiCares COVID-19 Relief Fund, supporting musicians in need during the pandemic.

Proceeds will be made in Schlesinger’s name. It’s not difficult to imagine Melvin will be among those donating to the cause.

“We’re gonna try to bring as much attention to that as we can,” Embry told Rolling Stone. “It’s our way to honor Adam.”

Will Tom Hanks also pop in for the live stream? We’ll all have to check in Friday night to see.