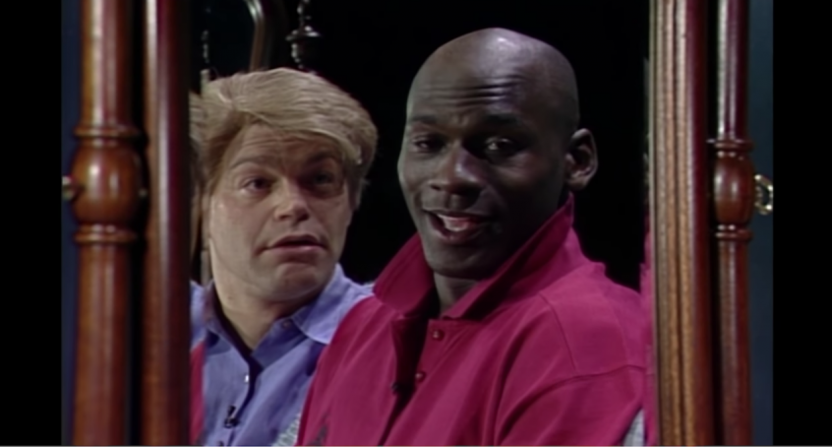 Saturday Night Live has a long tradition of inviting athletes to host the comedy sketch show.

Some of the appearances have been memorable, such as those hosted by Peyton Manning, Charles Barkley, and Dwayne Johnson. J.J. Watt’s recent stint probably doesn’t belong in the same category. And there have been some awful examples. Remember Nancy Kerrigan hosting SNL? No? Probably best to keep it that way.

But as part of the continuing effort to fill programming without live sports, networks like NBC Sports Network have had to get creative. That will apply next week with the channel devoting its prime-time programming to classic episodes of Saturday Night Live hosted by athletes.

Here’s what the schedule will look like, courtesy of Outkick the Coverage’s Ryan Glasspiegel:

NBCSN is airing a bunch of athlete-hosted SNL episodes next week pic.twitter.com/Zz0U3Gi67I

There have been some memorable SNL sketches produced with athletes throughout the show’s 45 seasons. Perhaps the most hilarious of them is Peyton Manning’s “United Way” skit from 2007.

Michael Jordan was a special guest on “Daily Affirmation” with Stuart Smalley in 1991. Was this believable? In real life, Jordan may have spoken his grudges to a mirror.

Did the “Embrace Debate” era of sports TV originate on SNL’s “Weekend Update” with Derek Jeter and Seth Meyers in 2001?

Actually, the best Jeter Saturday Night Live skit is “Derek Jeter’s Taco Hole,” which amazingly doesn’t appear to be available online. Thanks to Jimmy Traina, however, and NBCSN showing the Jeter-hosted SNL episode next week, we can still enjoy it. Try to get this song out of your head for the rest of the day.

Dwayne Johnson is in the Five-Timers Club as a host, joining SNL royalty like Tom Hanks, Alec Baldwin, Steve Martin, and Justin Timberlake (and other luminaries such as Melissa McCarthy, Ben Affleck, and Scarlet Johansson) but he may never have been better than in his third appearance on the show in 2009 as “The Rock Obama.”