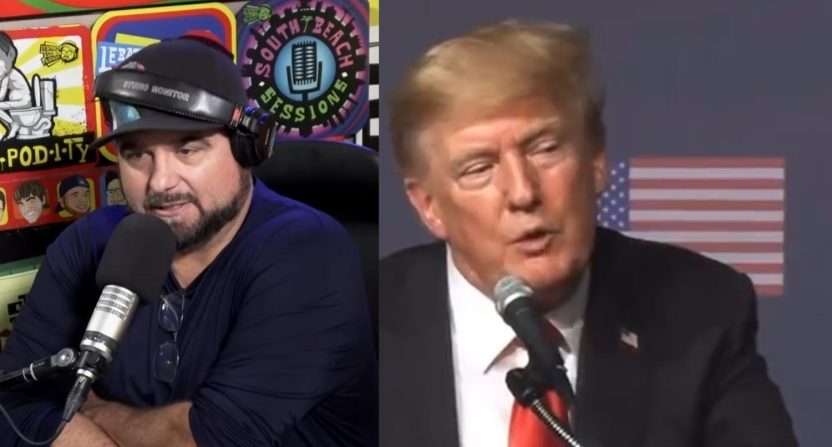 “I can’t advise somebody to go into writing and reporting now. It’s not a prudent career choice to write meaningful things and have someone pay for them,” Le Batard said, much to Mayne’s dismay. “It’s a great career choice ethically, morally, it’s important. But as we head into a journalism where the politicians are so shame-immune that no amount of reported corruption ends up making a dent in actually solving injustices, and the corruptions win all over the place…how can I advise anybody to choose that as a career path when it feels so unsafe?”

Journalism went from being an objective news source designed to exploit dishonesty, into an argument of facts. And if journalists and news media can’t agree on a basic set of facts, then how can the industry operate ethically?

“I have been sad for 20 years about how little people care about the care and vetting that has to go into journalism so there can be a checks and balances on protecting democracy,” Le Batard continued. “And never more so than to have this orange, racist turd without a subtlety in his body be able to just crush my industry with ‘Fake News, Fake News!’ as I see propaganda takeover and misinformation all over the internet.”

At its core, the concept of journalism aspires to be objective and unbiased. While a portion of news and political media often fails to live up to that standard, sports media benefits from a universally agreed upon set of facts. Sports media, although known to contain clickbait and wild hot takes, relies on an unwavering scoreboard and statistics that are the basis for most arguments.

The journalism and media that Le Batard is talking about, however, can’t agree on the starting point for any argument. Even when news and political media is handed a scoreboard, such as an election result, it’s not universally accepted as fact. Instead of facing the facts, one side of the spectrum relies on yelling “fake news,” as taught by the former president. While there are certainly current and aspiring journalists with integrity, cutting through the noise to find an audience is often the hardest task.