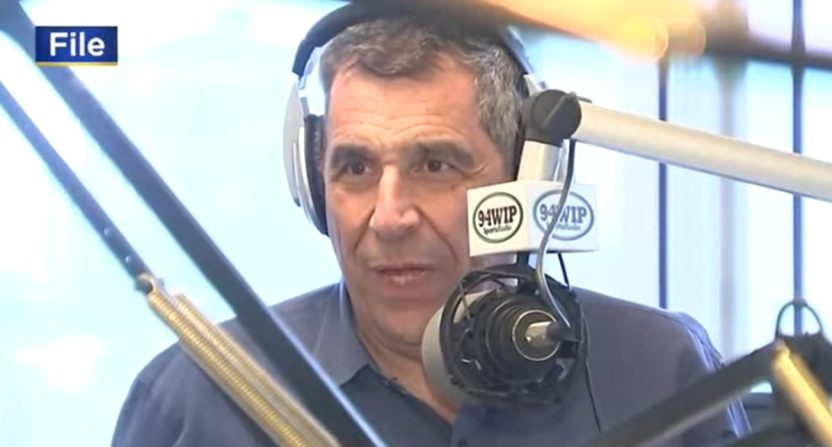 There’s no question radio has changed over the course of the last decade, forcing older hosts and entertainment personalities to either adjust or get out of the business.

Angelo Cataldi has been a sports radio legend on Philadelphia’s WIP for more than three decades. And as the 71-year-old gets set to retire this December, he reflected on his career with Bryan Curtis of The Ringer.

Cataldi sounded slightly depressed as he described what he’ll miss most about doing morning sports radio in Philly, being relevant. With a radio show, his opinion matters as it gets broadcasted to a large audience. Without a radio show, Cataldi will have to get used to talking sports to himself in the mirror every morning. But Cataldi sounded equally bothered when he described what he won’t miss about being in radio, cancel culture.

The brand of radio that Howard Stern helped popularize in the ‘80s and ‘90s is no longer acceptable. There are radio “bits” that worked in the ‘90s because the people that were offended or hurt by them were silent. But as people rightfully speak out, “guy talk” radio is essentially a relic in the industry. Today, sports radio shock jocks push limits with hot takes more than they attempt to constantly be more outrageous than they were the day before.

“What I won’t miss the least is the political correctness of today and the fact that no matter how much I attempt to adjust to it, I know I haven’t fully done it,” Cataldi told Curtis. “And that there’s a trap door there somewhere that could still take me down. Honestly, that’s the thing that scares me the most every day.”

Cataldi has certainly adjusted. He acknowledged WIP’s decision to cancel Wing Bowl before the station got canceled for hosting Wing Bowl. He recognized that showing up to events like the NFL Draft with 30 drunk and raucous Eagles fans wouldn’t fly anymore. But as Cataldi’s conscience for what works on the radio has adjusted, he remains concerned about saying something that could be misconstrued or twisted in a manner that he didn’t intend for it to be interpreted.

“Just saying something I didn’t mean and being submitted to the cancel culture,” Cataldi continued of his fear. “It could still happen and it’s a fear everyone in broadcasting has every day, who is on live. Because something may just not come out right. And then suddenly, somebody is alienated and it’s the wrong person to alienate and now you got a battle on your hands. I’d like to be out of it before that happens.”

The entire interview between Curtis and Cataldi was tremendous and a must-listen for any sports radio fan, even those outside of Philadelphia. In his final year at WIP, Cataldi currently hosts four days a week. WIP is expected to announce his permanent replacement next month, with Cataldi continuing to host the morning show into December.