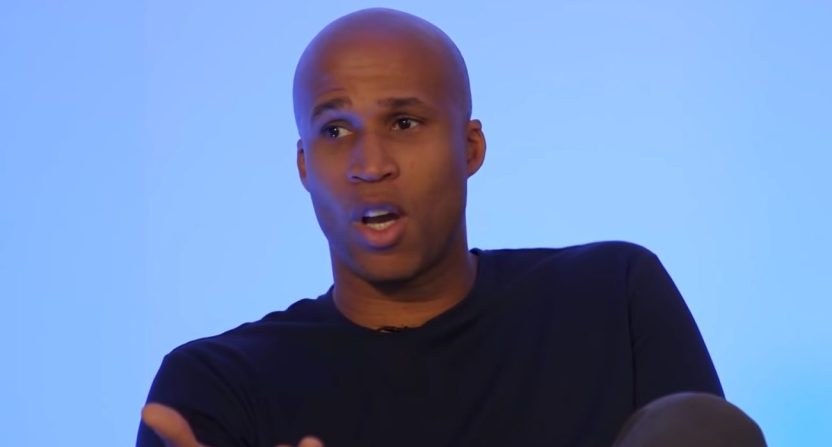 As Draymond Green continues his crusade against traditional journalists by touting an influx of “new media,” the Golden State Warriors forward appears to have a supporter in Richard Jefferson.

Jefferson joined the most recent episode of Michelle Beadle’s What Did I Miss? podcast and he addressed the media shift, which enjoys engagement from current and retired players on podcasts and debate shows. And according to Jefferson, who is an NBA analyst on ESPN, the “new media” hasn’t forgotten about the commentary from hot take artists such as Stephen A. Smith and Skip Bayless.

“As far as the new media goes, I just think we are the first generation,” Jefferson told Beadle. “We are the guys that like, in the middle part of our careers, social media blew up. And then, we were able to see the Skips and Stephen As, we watched all of these guys. Guys have been keeping receipts.

“It’s not to come in and say ‘you’re wrong,’” Jefferson continued. “We’re getting into the media space to set the record straight, to give a more honest retired players viewpoint and I think that’s where it’s going to have a positive effect.”

“They have to talk about everything and it’s a f*cking skill,” Jefferson admitted. “But they do use some broad generalities because that’s part of the gig. Now when you have guys like JJ [Redick], myself, Draymond, C.J. [McCollum]…guys now jump in and are like ‘no, no, no, we are not talking broad generalities, we are talking about specifics.’ For me, that raises the bar on a lot of these shows.”

But Jefferson isn’t ready to see Smith, Bayless and others go by the wayside. He recognizes a value in their ability to cover sports from a broader perspective, because they’ll talk about the topics that he has no interest in addressing.

Adding retired and current athletes to the media certainly provides a new perspective and the ability to offer deeper analysis. But First Take wouldn’t be able to operate smoothly if it was hosted by Richard Jefferson and JJ Redick during the basketball season, with Ryan Clark and Dan Orlovsky taking over for football. There’s the opportunity for a symbiotic relationship between traditional journalists and athletes who are entering the media. Athletes offer a deeper knowledge of the game and traditional sports talkers have a better chance of offering unbiased coverage on a variety of topics.

Green’s “new media” revolution didn’t really gain traction until JJ Redick started calling Stephen A. Smith out on First Take. And to Smith’s credit, he’s the one who invited Redick on the show, and he’s the one who keeps bringing him back. So while Smith may be part of the old guard, he’s played a role in fueling the “new media.” Smith did not have to add athletes to his show, but similarly, athletes didn’t have to enter the media.

“There’s a group of athletes that are coming into the media now…cause we have receipts and this is what we believe and we can say it because financially, we don’t need this job,” Jefferson noted.