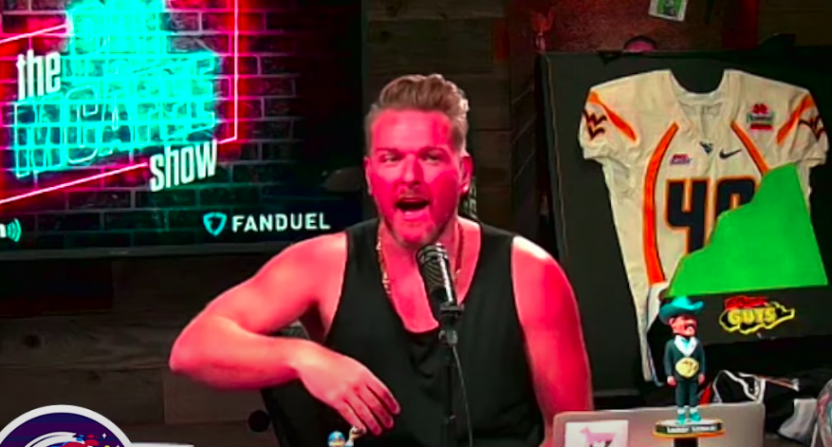 Few former athletes have parlayed their success on the field into the kind of media career that Pat McAfee has had in such a short time since retiring. After retiring in 2017, all McAfee has done has created a successful daily radio show, worked in the broadcast booth, worked as a sideline reporter, become a professional wrestling commentator, and generated a cult of personality that makes him a memorable draw wherever he shows up.

While McAfee was certainly a character during his playing days with the Indianapolis Colts, few predicted his ascent through the media landscape, at least not this fast. As for McAfee, however, it sounds like he always had a plan to go with all that charisma.

Episode 2 of “The Ariel Helwani Show” is up!

Today we speak to my ol’ pal @PatMcAfeeShow.

McAfee appeared on The Ariel Helwani Show on Thursday to discuss his life and career. As part of the discussion, they touched on how the former Colts punter got started in media while he was still playing in the NFL, taking advantage of appearances on syndicated radio programs that helped get his personality out there.

“I thought there was going to be a good chance for success,” McAfee said. “Just because I was looking around the sports media landscape and there wasn’t a lot of people like me.

“I was getting a great opportunity while I was playing the game to do shows like Bob & Tom, a nationally syndicated morning show here in Indianapolis, Indiana. I think they are on like a hundred some stations, comedians come through, and I got to guest host that like once a week.”

McAfee says the thing that really got him to make the jump from the NFL to the media world was money, which is ironic given the amount of money he was capable of making playing football. But that notion was something that has driven the decision-making in his life and career from a very early age, long before he even started kicking footballs.

“All I wanted to be was rich,” McAfee said. “I didn’t care how it was, what it was…I think people have seen me do a lot of different things now, and that’s because, for a certain stage of my life, I wanted to do that because I knew that the endgame was a lot of money. So this sounds so incredibly shallow but it’s real. And this isn’t like a ‘woe is me’ thing but I grew up in a family with not a lot of cash…

“So I always, I wanted to be rich, so I watched Monday Night RAW every single Monday, and I saw guys like Ric Flair, and I saw The Rock, and Stone Cold [Steve Austin], and it was the Attitude Era, and Triple H, and I knew they were making a lot of money. I feel like I’m athletic, I’m a pretty good personality, and they’re making money, I wanna do that. I saw comedians, oh they’re making a lot of money, I wanna do that… Once I started kicking footballs, I was like, okay, this feels like the right decision.”

“All my goals were so I could make some money, and hopefully get my family some freedom. The kicking aspect just ended up being the right one and now I’m getting to dabble with all of the dreams I had and I’m incredibly lucky.”

You can listen to/watch the full interview here.