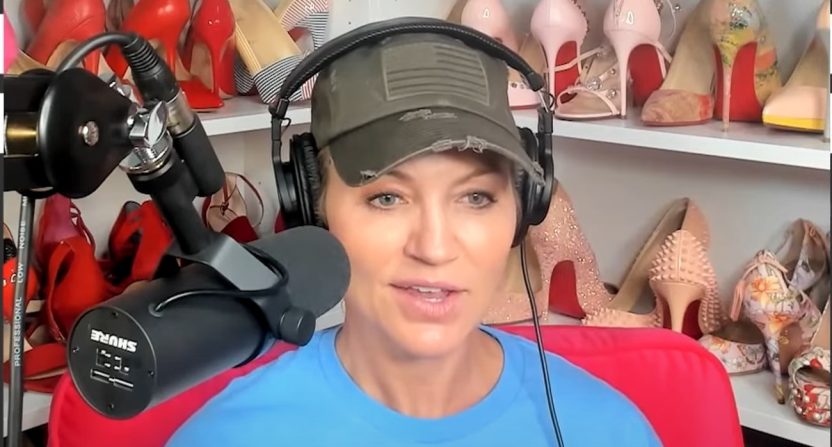 Almost one year after launching What Did I Miss? Michelle Beadle announced her podcast partnership with The Athletic has come to an end.

Last November, Beadle partnered with The Athletic to launch the podcast with plans of building out an entire podcast network. The partnership was described as a “multiyear deal” when it began, but after 107 episodes, Beadle announced Thursday’s episode of What Did I Miss? was her last for The Athletic.

We saved the best for last. @marcelluswiley joins me to talk some ish. And cry. And stuff. Soon, my little chickadees. pic.twitter.com/tMF7hw7lND

“We are taking a few breaks here on this podcast,” Beadle said during the final minutes of Thursday’s episode with guest Marcellus Wiley. “It’s our last episode with The Athletic.”

Beadle assured fans that the podcast will return with the same cast featuring Gabe Goodwin and Paige Keffer following a break, but it won’t be in partnership with The Athletic, where she had been releasing three episodes every week since last November. What Did I Miss? marked Beadle’s return to sports media after she parted ways with ESPN in 2019. The longtime sports media personality previously hosted SportsNation and NBA Countdown for ESPN and she was also briefly featured on the network’s first installment of Mike Greenberg’s Get Up.

Beadle’s latest career announcement comes just two weeks after The New York Post reported she was joining FanDuel’s TV network to host a new show with Shams Charania and Chandler Parsons titled Run It Back. The show premiered last week, airing Mondays, Tuesdays and Wednesdays at 10am on FanDuel TV.