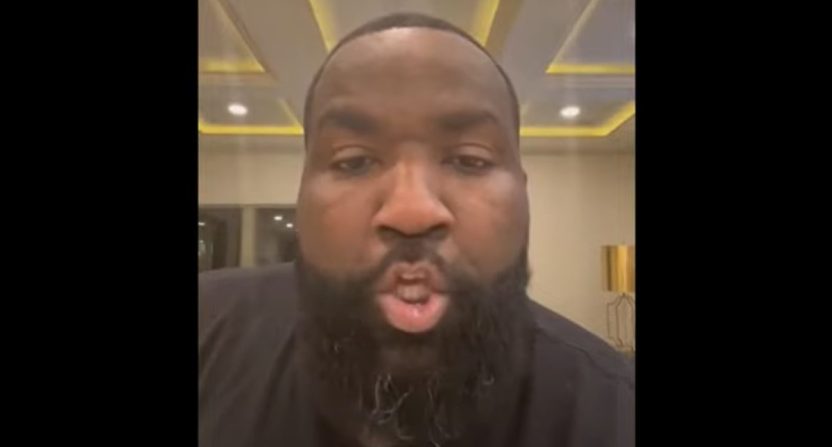 Draymond Green continues to alienate the media in his attempt to become the media, even though he claims to not be part of the media.

During his first podcast episode of the offseason, Green again pushed his “new media vs old media” narrative, specifically targeting former NBA center and current ESPN analyst Kendrick Perkins. This is not the first time they’ve exchanged jabs via social media or a sports show, but Green’s use of a racial slur escalated their feud to new heights.

“Kendrick Perkins, you act like this clown, and it’s baffling to me. He could never be you. You know why he could never be you? Because he never done it. You go up here acting like him. You don’t have to do that, buddy,” Green ranted on his podcast, comparing Perkins to Skip Bayless.

“You played! You did it! Go talk about it. Or can you not? I’d hope that you can,” Green continued. “With all these hot takes that you make, you should be able to. You don’t have to act like that, my man. You go from being enforcer to c**n. How does that happen? At least you acted like an enforcer, I didn’t really ever take you for one.”

After the video of Green’s derogatory commentary began making the rounds on social media, it didn’t take long for Perkins to respond. Perkins fired back with a video on Twitter and the ESPN analyst was incensed by Green’s offensive name-calling.

Here’s the video of Kendrick Perkins going off on draymond green ????? pic.twitter.com/fUqdgn4eUy

“Forget the old media. Forget the new media. I’ma stand by the old law,” Perkins continued. “The old law says all that disrespect and all that whole sh*t of calling someone a c**n, man you got me f*cked up. Ain’t nothing a c**n about me. I ain’t no c**n.”

And while Perkins said he can handle Green criticizing his analysis on ESPN, he wouldn’t tolerate being disrespected by a racial slur.

For the most part, people have tried to have fun with Green’s “new media vs old media” narrative, but that’s hard to do when he appears to be someone running out of material and in return resorts to name-calling.

Monday afternoon, Perkins deleted his torrid response to Green from Twitter and said he did so “out of respect for the company [ESPN]. The Volume, which is owned by Colin Cowherd, has not shown a similar level of respect and continues to broadcast Green’s derogatory commentary on Perkins.

I took my post down addressing Draymond Green out of respect for my company and colleagues I work with everyday, but I was heard loud and clear.

Happy Monday and carry on…