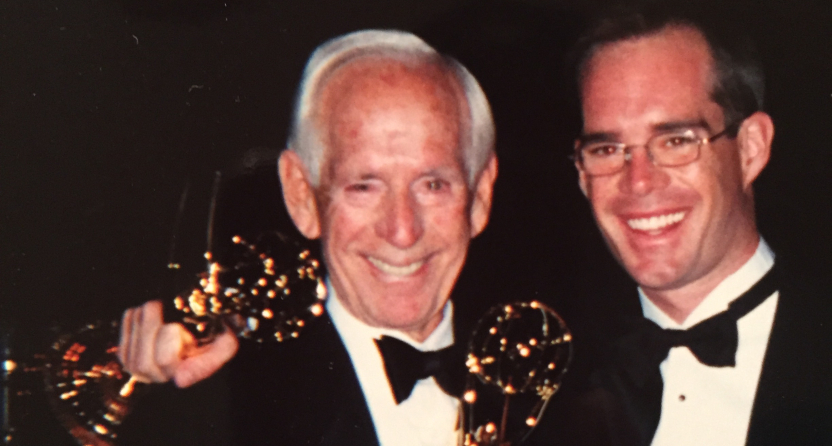 There are many speeches that have resonated throughout history, whether on war, other political subjects, or even sports. The C13Originals podcast series It Was Said, written and narrated by Pulitzer Prize-winning and best-selling author-historian Jon Meacham, debuted last fall with a first season of 10 episodes looking at the context of memorable speeches from the likes of Martin Luther King, Jr., Barack Obama, Ronald Reagan, Barbara Jordan, and more (which won a 2021 Webby Award for Best Podcast Series). This week, C13Originals and Meacham’s Shining City Audio also announced a new It Was Said: Sports six-episode series on sports speeches, again written by Meacham, but this time narrated by famed NBA coach Doc Rivers.

The first episode, 9/11, and America’s Season of Strength was released Wednesday, and it looks at sports’ reactions to the 9/11 attacks, including a segment on the poem broadcaster Jack Buck wrote and recited in Busch Stadium on September 17, 2001, the day baseball returned there after the 9/11 attacks. Here’s Buck reading that poem:

That poem moved many people, as this It Was Said: Sports episode explores. One of the guests here is Fox Sports broadcaster Joe Buck, Jack’s son (seen at right with Jack above), who shared his perspective on his dad and on how that poem came to be. Here are some of those quotes:

“My dad grew up in Massachusetts as a young man, then went to Ohio with his family. And my dad developed his voice by reading box scores and baseball stories out of the newspaper to his dad who was a pitcher, but had bad cataracts. And when at that time in this country that meant you probably were going to lose your eyesight. And so he couldn’t read the paper himself so my dad would read the paper out loud to him — that helped him not only love baseball, learn baseball, but develop his voice so to speak.” 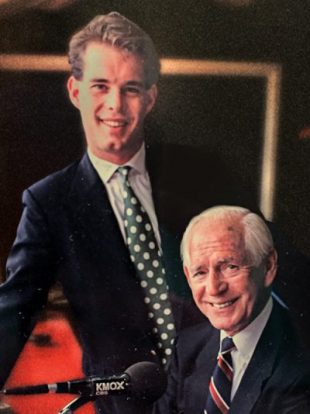 “…That was at a time where he was really reflective. And I think used his gift to put words together to tell a story. I think his life, in a weird way, as a Depression-era kid, as somebody who earned a purple heart in World War II, who had this standing in the city of St. Louis and in baseball in general, really funneled into that moment where he wrote this poem and he said, on the first day back I’m going to deliver it not just to the fans of Busch stadium, but to audiences across the country, because it was run everywhere. And I’ve never been more proud of my dad than I was that night.”

Current NFL on Fox broadcaster and then-NY Giants player Michael Strahan also is interviewed here, and he said Jack Buck’s poem resonated for him as well:

“To hear what Jack Buck said and what he put in just such the perfect terms and in the perfect way of how we were feeling as a country at that time, to where it made you feel proud, it made you feel together. It made you feel very American. It made you feel strong, but yet it was put in a way in which it was okay to cry. It was okay to heal. And I don’t know if I’ve heard anybody deliver something in a way in which he did at that moment at that baseball game, that just kind of touched on how the entire country was feeling at that time. And it was really remarkable, and I thank him for that, because that was important for a lot of people to hear.”

And veteran broadcaster Al Michaels, currently with NBC, spoke about Jack Buck’s stature within the industry and what that meant to hear this from him.

“Jack was one of the all-time greats. Loved him as a man, spectacular broadcaster, baseball, football, you name it—Jack could do everything. There’s no question in my mind that Jack struck a very appropriate tone that night.”

There’s much more in the episode beyond that, including Strahan talking about being in New York City on 9/11 itself, Joe Buck talking about calling Game 3 of the 2001 World Series from New York in October 2001, and Michaels talking about the overall role sports played in the resumption of life after 9/11. There’s a lot of 9/11 retrospective content in sports out there right now, including a MLB Network documentary (Remembering the Game for New York, premiering Thursday night at 10 p.m. ET) and an upcoming Turner Sports documentary (Extra Innings from 9/11: 20 Years Later, premiering on HBO Max on Saturday), but it’s interesting to see this from a podcast so focused on speeches, and Buck’s poem here (and the guests they got to discuss it) is definitely a notable angle into this particular segment of sports’ response to 9/11.

The overall idea of It Was Said: Sports is interesting, too. The concept of focusing on particular speeches and presenting them in historical context and with different perspectives on them has obviously worked very well for Meacham in the history realm, with the accolades for It Was Said‘s first season and the announcement of the upcoming second season. And this feels like it could be a good fit in the sports realm as well, and tapping a notable sports figure like Rivers to narrate the sports episodes seems like a solid move. 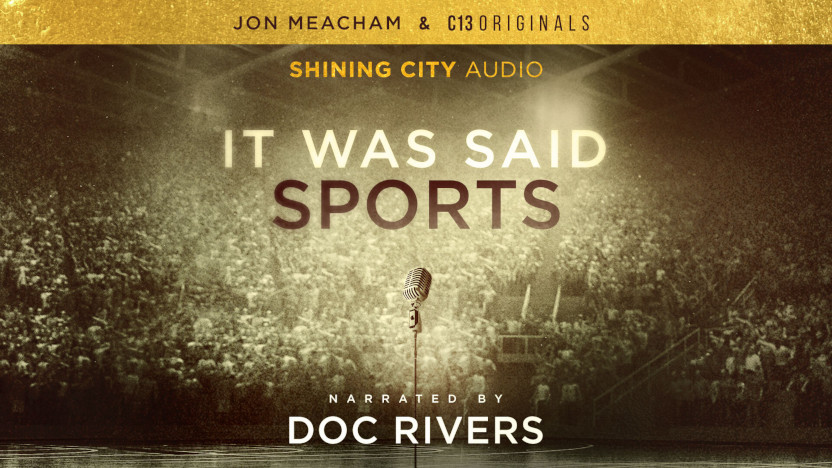 [It Was Said: Sports on Apple Podcasts; photos courtesy of Joe Buck, via C13Originals]