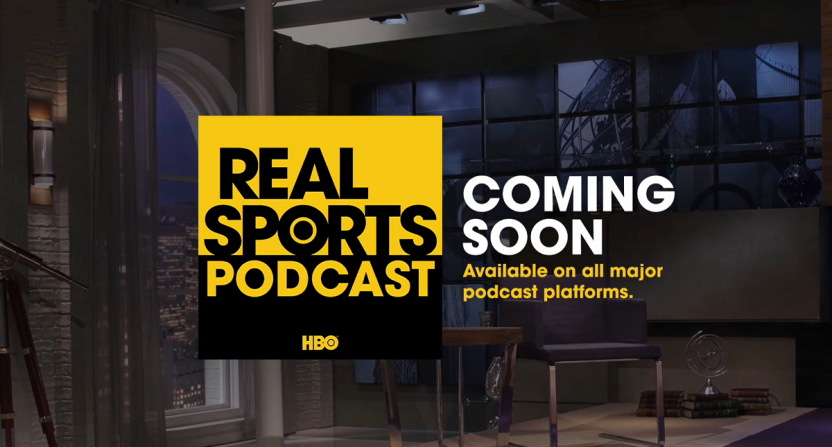 The long-running and well-regarded investigative journalism series will debut a companion podcast, offering an expanded look at stories featured on Real Sports. The Real Sports Podcast (sometimes simple names are best) hosted by Max Gershberg, will be available via Spotify, iTunes, etc., and promises to offer looks at stories both old and new each month.

Each month will feature two new episodes: one that expands on a segment from the most recent show that will be available shortly after the HBO premiere, while the other will delve into Real Sports’ extensive archives to highlight and elaborate on a classic segment.

For up-to-the-minute updates about REAL SPORTS, follow on Twitter at @RealSportsHBO or join the conversation using #RealSports, and on HBO.com/realsports and facebook.com/realsports.

Segments from the January 26 premiere include:

For fans of the show, it promises to be a worthy listen; some stories are best told with follow-ups and expanded information, and looking back at older stories with relevant new information should be fertile ground. Gumbel even narrated a trailer of sorts, which you can watch here:

The first episode of the Real Sports season airs Tuesday, January 26th, at 10 PM Eastern on HBO (and is also available on HBO Max.)