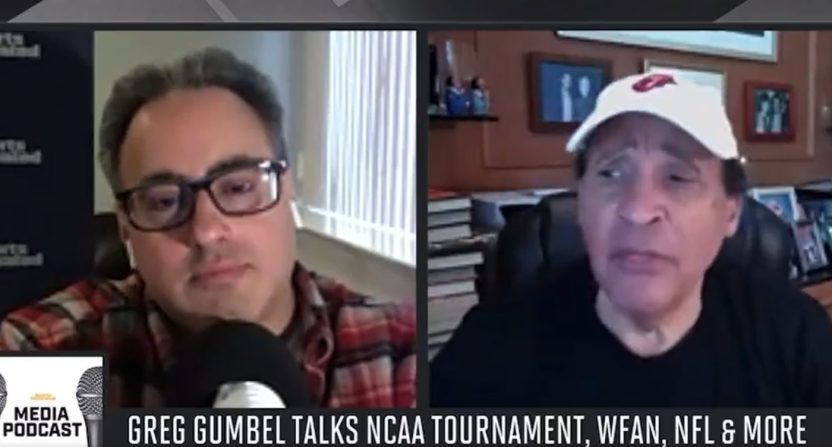 As networks hand tens of millions of dollars to sports announcers and analysts, it’s fair to ask the question – will they see an actual return on investment?

ESPN just bolstered their Monday Night Football booth by luring Troy Aikman and Joe Buck from Fox with a reported $165 million. Will ESPN get better matchups or more importantly, better ratings because of their star-studded broadcast booth?

CBS announcer Greg Gumbel, who was the network’s lead NFL voice from 1998 to 2003, joined Jimmy Traina on the Sports Illustrated Media Podcast this week and he threw some cold water on the idea of spending big money for big broadcasters.

“I’ve never felt in my entire life there is an announcer who can bring someone to the TV set to watch a game that that viewer wasn’t already going to watch,” Gumbel said. “And I believe the only thing a broadcaster can do is chase people away.”

Full quote here by Gumbel. Please listen to or watch the full podcast. He was outstanding during the entire interview.

“I know this for a fact,” Gumbel continued. “Because—I won’t name them—but there are three or four announcers, ‘Oh, I’m really interested in watching, oops, nope, click, gone.’ I truly believe that. I don’t think that someone is tuning in just to hear a particular person call a football game.”

Aside from MLB Network simulcasting a Dodgers game with Vin Scully behind the mic, I’ve rarely tuned to a game specifically because of who was on the broadcast. I’ve also never turned off a game because of the announcers. I’ve hit the mute button but never denied myself the opportunity to watch a matchup I was interested in.

Continuing his brutally honest statement, Gumbel added that the best broadcasters are also helped by having the best games, which is a fair point. The No. 1 broadcast team for CBS gets a better matchup than the network’s third booth, and in return has the stronger chance of making a great call in a close game.

“People have said to me, ‘Oh, Al [Michaels] and Cris [Collinsworth] did a great job on Sunday night.’ Yeah, they always do a great job. However, they do the best game of the week,” Gumbel said.