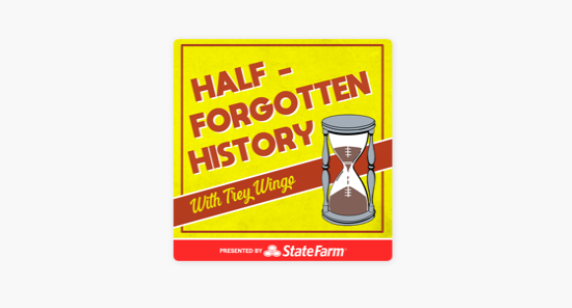 This past Wednesday, Trey Wingo officially exited ESPN after working with the network since 1997. It was a day everyone knew was coming after his time as co-host of ESPN Radio’s morning show with Mike Golic ended on July 31, due in part to Wingo’s desire to stop working the early-morning shift. When there were no other on-air roles for Wingo to slide into, it simply became a situation where both sides had the chance to move on.

Wingo spent the day celebrating his time with ESPN and the many people he worked with, many of whom also celebrated him.

Let me just say that no one.. no one..could ever ask for a better boss than @tunasweasel . I hope that everyone at some point gets as lucky as I was to have him as a boss, mentor, confidant and friend. And for that.. I am eternally grateful https://t.co/j7Lhso6YKR

That Chick-Fil-A saved me that day… I owe you https://t.co/xrWPnUGQ1J

Of course, the big question was what Wingo would end up doing next? Would he end up at Fox or Stadium or NFL Network? Would he return to radio for a new broadcaster? Or would he do the thing that is required by law at this point of all people in media when all else fails…start a podcast? At least for now, Wingo is going with the third route. Friday, he introduced his new podcast, “Half-Forgotten History.”

Per The Spun, here’s how Wingo describes the new endeavor:

“The first show on your feed will be called Half-Forgotten History,” Wingo said. “During my 30-plus years in the media, I’ve had some great conversations with some of the biggest names in NFL history. But something that always bothered me is that the best conversations with those folks will be lost in time because they usually happened in private, late at night with a certain favorite beverage in hand. Those games never happened in front of a microphone, but that changes now.”

Wingo continued “Half-Forgotten History is my chance to have all those conversations with you in the room. We’ll invite a legend or two, grab out favorite cocktail, and chat about some of the most epic stories, rumors and postgame celebrations in NFL history. We’ll go beyond hot takes and headlines, just people chopping it up.”

Per the trailer for the podcast, this is the first podcast to be released under the Trey Wingo Presents banner with “more to come” down the road. The first episode will be released on December 2.