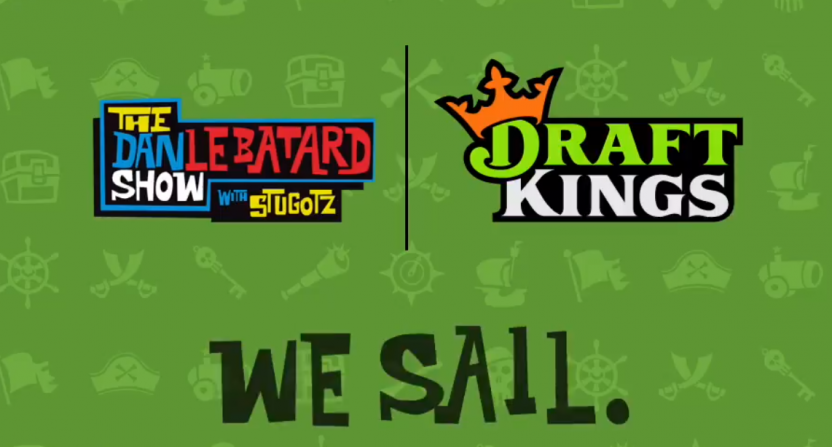 DraftKings has been all over the world of sports and sports-adjacent podcasts for years now in advertisement form.

Now they’re taking it a step further. In a deal announced today, DraftKings will pay Meadowlark Media at least $50 million over three years to become the distributor for The Dan Le Batard Show with Stugotz and the entire Le Batard and Friends network of shows. The deal means DraftKings will have full control over ad sales, licensing to radio outlets, and more.

Thrilled to announce a multi year partnership with @draftkings that represents the most significant support a partner has ever given us. @draftkings is truly sponsoring our freedom, & we reward their pioneering commitment to changing the content game with this crappy graphic -Dan pic.twitter.com/DGt3ZshgV6

It’s an interesting symbiosis, as the deal allows Le Batard the kind of creative freedom he’s always wanted and deserved, while also giving DraftKings yet another foothold towards building a full-on media arm.

From the DraftKings statement:

As part of the deal, Meadowlark Media and DraftKings will distribute The Dan Le Batard Show with Stugotz and the Le Batard & Friends Network across a wide range of audio, TV, digital and social channels. Additionally, the network of shows will prominently feature DraftKings’ odds, betting trends and general sportsbook and daily fantasy information.

“We’re thrilled to find a collaborator in DraftKings that shares our vision to grow Dan Le Batard’s already wildly popular network of shows in non-conventional ways,” said Meadowlark CEO John Skipper. “With the freedom to widely distribute these programs, we’ll be able to reach the largest possible audience and provide incredible content to DraftKings.

DraftKings clearly views this as a more financially rewarding tactic than simply advertising on shows, which makes a certain amount of sense. For Meadowlark, though, it makes even more sense; as a new venture they’re not quite fully staffed or able to handle the monetization aspects yet, as Benjamin Mullin noted in the Wall Street Journal ($):

Meadowlark opted to license the podcast, in part, because the company is still relatively new and doesn’t have a dedicated ad sales staff or a team of deal makers who can strike deals with different providers, according to a person familiar with the matter. Meadowlark will focus on creating podcasts, documentaries and other shows before it hires those people, the person said.

Essentially, then, this serves as a jump-start, giving Le Batard’s show the sort of platform it’s clearly ready for while also giving Meadowlark more time to ramp up its own staffing, production, and more. DraftKings gets to be even more overtly a media company, which is pretty clearly their aim.

Le Batard himself seems pretty excited about the deal. From the DraftKings release:

”Thank you, DraftKings, for empowering us with the exhilarating combination of rocket fuel and total freedom,” said Le Batard. “I’m overjoyed to team with a fearless creative partner who sees the future and wants to help us change it. DraftKings believed in us, our principles and our mission enough to give us a freedom no scared corporation or traditional media partner ever could or ever would. To our fans, know that DraftKings is the reason you aren’t behind a paywall, and I’m promising you the money won’t change the show or corrupt us in any way. Sincerely, Draft Le Batard.”