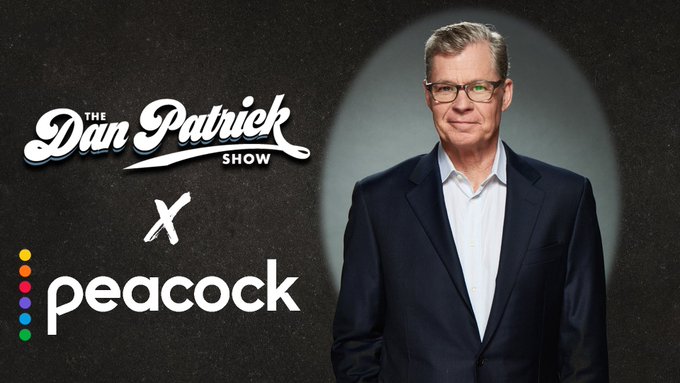 There have been a lot of notable exits from ESPN over the years, but one of the most-discussed remains Dan Patrick’s departure in 2007. That exit wound up working out just fine for Patrick, leading to roles with NBC, Audience Network, Sirius XM and Fox Sports Radio (and he now also has a video stream on Peacock and a podcast network), but it was a tough call for him to make at the time. In an extensive Sports Illustrated Media Podcast appearance with Jimmy Traina that was published Wednesday, Patrick has some interesting commentary on that departure, starting at around the 40:30 mark. After some discussions on how tough it can be for ESPN personalities to go elsewhere, Patrick talks about how leaving (in 2003) made a lot of sense for Rich Eisen:

“I remember when Rich Eisen had the chance at NFL Network. He’d moved up to a certain point, but he wasn’t going to be moving all the way up the food chain, and I said ‘Do it! It’s the NFL and their own network!'”

After that, Patrick goes on to discuss when it makes sense to leave, and how he somewhat regrets staying for a few years where he wasn’t fully engaged mentally.

“‘If you enjoy what you’re doing at ESPN, don’t leave. Don’t leave because you think you have to leave.’ I stayed three years longer than I should have because I wasn’t getting better. I was there 18 years. For the first 15, it was great. The last three, I don’t know, I wasn’t there, mentally. Everybody had left the building.”

“When you think about it, I was there…the first SportsCenter I did was with Berman, there was Tom Mees, there was Bob Ley, there was Chris Fowler, Mike Tirico, [Steve] Levy was there, Olbermann came in, Linda Cohn, Charley Steiner, Robin Roberts, Stuart Scott, we had an unbelievable group of talent there. And I looked up one day, and I’ll never forget, I was doing the 6 o’clock SportsCenter, and it just dawned on me during a commercial break, ‘I’m the last guy here.'”

Patrick then talks about thinking how he’d missed his opportunity, and how he was set to re-up with ESPN despite that until some comments from his wife about what that job was meaning in terms of time away from his family.

“And then I thought ‘Maybe I missed out.’ I was loyal to a fault to ESPN, but I was fine with that. I just didn’t realize that the other people were going on to other things, and I was sort of stuck in a time machine, and I could never replicate what I did with Keith Olbermann, I could never come close to that. I could do other things, but I was still searching for that magic on SportsCenter, and it was never going to be there again. And that one hit me and it was just ‘What am I doing here?'”

“And it might have been a midlife crisis where you just go, ‘God.’ I was turning 50. And I was going to sign a five-year contract. And I remember that morning, and my wife said ‘Are you sure you want to do it?’ And I go ‘Yeah, yeah, yeah.’ And she goes ‘You sign these contracts, they give you more work.’ And I go ‘Yeah.’ I had three girls, and I had an older son, they were nine through 15, and she said ‘Everyone’s going to be out of the house by the time you’re done. You’re going to miss this.'”

“So I drove up to ESPN, pull in, go in, second floor, sit down in Norby Williamson’s office, and he said ‘What’s it going to be? You going to take it or leave it?’ And at that moment, I thought of my wife telling me this at the breakfast table, that I’m going to miss out, especially not being at home with three daughters.”

The whole discussion is worth a listen. And while Patrick has brought up some of this before in other interviews, it’s still interesting to hear how he discusses that ESPN exit here. (And after those quotes, he goes on to talk about the challenges he faced in getting his radio show widely distributed.) And something that stands out about Patrick’s comments is how he doesn’t prescribe them as a universal approach; in fact, in the section starting around 39:00, he mentions that what he’s found isn’t out there for many at the moment, and that leaving ESPN may not be the solution for everyone. But it certainly worked out well for him, and it’s notable to hear some more from his perspective on how that separation happened.