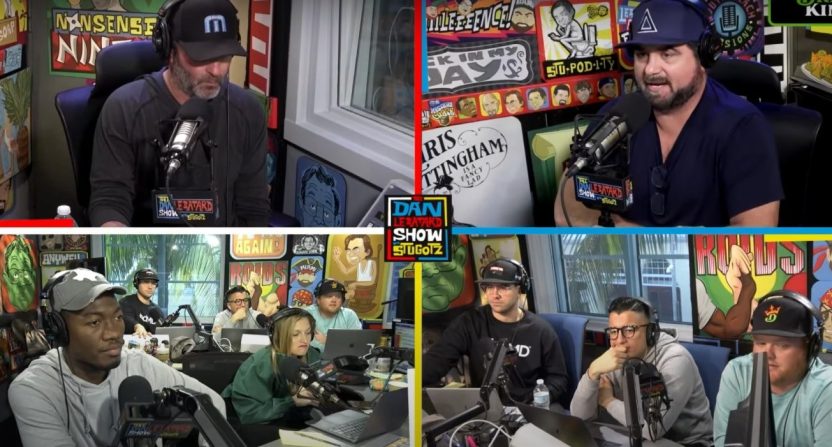 Joe Buck, Troy Aikman, Al Michaels, Kirk Herbstreit, Kevin Burkhardt and even Adam Schefter. It’s been a massive offseason for NFL broadcasters, with networks spending tens of millions of dollars without hesitation. But Dan Le Batard pointed out the factor each new deal has in common.

“All the money just got spent all over the place and it went to a bunch of older and older white dudes,” Dan Le Batard said on his Thursday show. “And I’m not alleging, even though the decisionmakers are also white, I’m not alleging racism here.

“I am saying that Gus Johnson and Aqib Talib might be a great broadcast, it’s a Black broadcast and I don’t see a whole lot of diversity in the people who are going to be at microphones speaking about football on the biggest stages.”

Networks have spent all this money to bolster their broadcast booths with notoriety and prominence, but what will the return on investment be? Will Buck and Aikman attract a new audience to Monday Night Football, or will the hype and excitement fail to reach the levels it did when their signings were announced?

“It’s just spilling money all over the place to just have fame and big around your broadcast,” Le Batard said. “But you can’t tell me all the other ones are about fame and big and name and then come to me and say Kevin Burkhardt has the name Gus Johnson does or Talib. That would have been a different broadcast, but it would have been a Black as hell broadcast and I don’t know if football is ready for that.”

It’s not just sportscasting, the NFL is infamously dealing with a similar issue where those in power hire people they know and are comfortable with, who also happen to look similar. And while Le Batard regularly puts a spotlight on issues of racism, he didn’t excuse himself from doing the same thing when he hired John Skipper to be the CEO of Meadowlark Media.

“This is how it happens every time. ‘Oh yes, I believe in diversity…someone else can handle it, I’m hiring my guy.’ And I can pontificate all I want about this, when I needed a CEO for this company, I went and got an old white guy,” Le Batard admitted while also faulting the pipeline. “That’s who I knew…I did not hire a Cuban woman, I went to one of my mentors.”

Le Batard Show producer Chris Wittyngham, who is Colombian and a play-by-play announcer, added that it’s not only about hiring people who like similar to the person in power, it’s also about hiring what the audience is used to.

“Gus Johnson and Aqib Talib wish to do it differently,” Wittyngham said. “Much in the same way that Stuart Scott wished to do SportsCenter differently in the mid-90s and that was met with real resistance…The style of play-by-play that most people are comfortable with is the white style and if you look at the pipeline, I am always depressed at how white the profession that I want to work in is.”

“I admire people like Gus Johnson who boldly and proudly do it in a different way,” Wittyngham added.