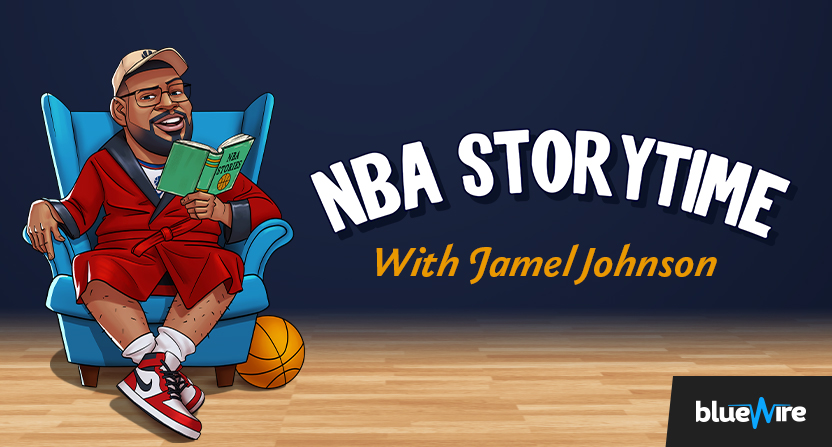 The Blue Wire podcast company has grown dramatically since their September 2018 beginnings, currently featuring more than 160 podcasts with a projected 50 million cumulative downloads this year. Some of their recent notable moves include teaming with Grant Wahl for a long-form series on Freddy Adu, hiring Haley O’Shaughnessy from The Ringer as their first full-time podcaster, raising $5 million in Series A funding, and striking a deep partnership with WynnBet (including a studio at the Wynn Las Vegas). And they have more ahead: Blue Wire CEO Kevin Jones and VP of content Peter Moses both spoke to AA this week by e-mail about their upcoming summer and fall narrative podcast slate. Here’s the full list of what they have coming up:

The Rumor
A Story About Conspiracy, Baseball, and the Baltimore Power Grid

Brownstown
For 20 seasons the Cleveland Browns were the worst franchise in the NFL. Botched drafts, terrible performances, inept management – a lot of planets have to align for a team to be that bad for that long. What exactly were the machinations in the factory of sadness? Host Andre Knott (Bally Sports/WTAM) takes you inside the unbelievable and often sometimes hilarious story of how the Browns stayed bad while a city and fanbase loved them anyway.

From 1997-2000, the Houston Comets accomplished something legendary that the New England Patriots and Chicago Bulls never pulled off: they won four championships in a row. Not long after winning the WNBA’s first four titles, the team folded. What happened to the WNBA’s foundational dynasty?

Those are four very different topics, but there are some commonalities between them. Moses told AA they’re focused on pairing authentic voices and stories, and creating narrative podcasts that don’t sound like many of the others out there.

“We’re not reinventing the wheel, but we’re always thinking about pushing forward storytelling in sports audio. Spinsters is a magazine for your ears. Haley wanted to create something for basketball fans that was both accessible and told stories you would hear on This American Life. With other narratives, we’re looking for both intimacy and a fan’s perspective. Where is the personal connection between host and subject? How are we thinking about a story or athlete in a different way? We’re still figuring it out, but our goal is always to make something that touches on the human experience for the listener as much as it relates to sports.”

And Jones told AA he thinks there’s a real opportunity in narrative audio at the moment. He said there are lots of direct-to-consumer video services taking off, but there are less services providing storytelling in the audio space.

“It’s clear Netflix, HBO Max, Amazon Prime, Peacock and Paramount+ are the future of video. However, there aren’t enough audio and digital companions who are thinking the same way. We want to continue to build a library of content, rich stories, past and present. That’s the secret sauce in content right now. Make compelling stories as often as possible. Wondery and others have built pages for Blue Wire to replicate in our playbook.”

Jones said he thinks that under Moses, their team is hitting on the storytelling that’s taking off in those streaming video spaces.

“Storytelling is what moves the world. Look at Mare of Easttown. Look at Queens Gambit. We believe there are sports podcasts we can make that sound like you’re consuming something on HBO or Netflix. Our goal is to pair authentic voices to stories, and when we can, add comedy. Too many narrative podcasts sound the same. Longform storytelling is moving from written to audio is our continued bet. Credit Peter and his team for helping us become leaders in the sports space.”

Jones also said the Wynn partnership is already reaping benefits for them, and they expect that it will be even better once the studio opens in August.

“The Wynn executive team has an entrepreneurial mindset that aligns with Blue Wire’s ethos. We’re working directly with Craig Billings, Bobby Amerine and the dedicated WynnBET team to build two challenger brands in sports media and sports gambling. There are ingredients we’ve combined to compete with established players, with Cris Carter being the first example of many planned moves to build our brands through content. The studio will debut this August and we’re eager to share the design soon.”

And Moses said he’s thrilled with where Blue Wire has gotten to so far.

“This has been a pretty incredible experience to work with a wildly talented group of people telling both compelling and funny stories across the sports world. I’m super grateful to Kevin, who put a lot of faith in us to build a library that we hope stands out in the audio space.”