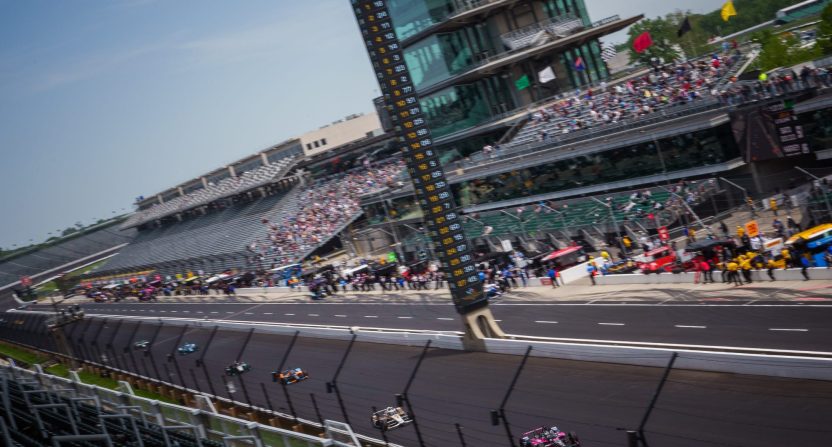 TV blackouts are still a thing depending on the sport. For the Indianapolis 500, the race has been blacked out in the Indianapolis area for years and has resulted in locals listening live on the radio and watching the race later that night.

In fact, ever since 1965 when ABC first broadcast the Indy 500, the race has only had its blackout lifted three times for Central Indiana residents. In 2016, the 100th Indy 500 was a complete sellout while COVID related capacity restrictions resulted in the blackout being lifted in 2020 and 2021.

Now in 2022, the blackout has been lifted…in a way. According to Nathan Brown of the Indianapolis Star, the race will still be blacked out on NBC and Universo, but it will be available for those in the area who have the premium tier of Peacock. The main reason for this is that according to IMS, NBC doesn’t have the technology to block the feed for such a small area.

“The 106th Running will stream on Peacock’s premium tier in Central Indiana,” IMS said in an exclusive statement to IndyStar. “Right now, there is no capability to geofence the event on Peacock, and therefore IMS has agreed to let the race stream locally this year only. NBC is working to ensure this capability will exist next year, and we appreciate its continued partnership and collaboration. We’re looking forward to an excellent showcase on NBCUniversal and its platforms this weekend.”

As the Speedway noted, this is only a one-off. If NBC develops the technology capable of blacking out the race for Central Indiana, Peacock will be subjected to the same blackout restrictions as the TV broadcast. That just didn’t happen in time this year according to Penske Entertainment CEO Mark Miles.

“We could have nobody in the country see it on the streaming platform, or everybody,” Miles told IndyStar Friday. “It’s important to us that people understand this really is a one-off, and next year, we’ll be in a position to apply the same policy, whether it’s traditional, linear TV or, in this case, Peacock.”

“Our preference would be that everyone could see it live everywhere, but because of the unique nature of the world’s biggest sporting event, in the local market the delay is really important to us, so our policy hasn’t changed. NBC is a great partner, and they just came to the conclusion that they weren’t going to be able to geofence (the local market) for this race.”

The Indy 500 blackout is based on track attendance and if the facility is sold out, like in 2016, the blackout would be lifted. Given the massive size of the track, an estimated 350,000 people would constitute max capacity if you include the 233,000 grandstand seats and the infield. This year, IMS expects over 300,000 people attending with just 5,000 grandstand seats expected to be unsold on race day.