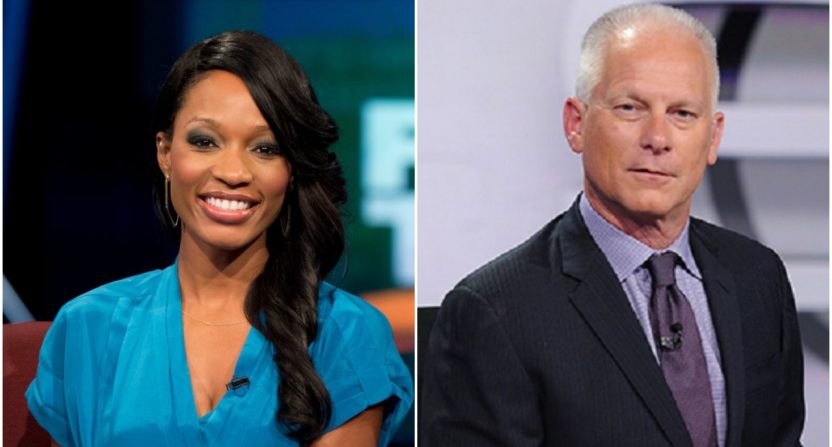 The delayed 2020 Tokyo Olympics are about a month away now, and we’re still learning about NBC’s coverage plans. This will be the first Olympics since Peacock’s inception, and the streaming service is going to play a big role, and this week we learned that will include a nightly highlights show hosted by two former ESPN talents: Cari Champion and Kenny Mayne.

That was first reported by Mike McCarthy at Front Office Sports, who interviewed Champion about her new role:

The show will be co-hosted by another ESPN alum, according to Champion.

“The person I’m going to be working with has a really great personality, he’s funny, and we have a good time together,” Champion said. “While we both worked at ESPN for as long as we worked, I never once had the opportunity to host a show with him.”

Mayne wouldn’t confirm the news to McCarthy, though he also didn’t deny it:

Sources told FOS senior writer Michael McCarthy that Kenny Mayne, the long-time SportsCenter anchor, will co-host with Champion, though Mayne would not confirm or deny when reached.

“I would prefer to be coy and petulant,” Mayne said on Monday. “Aaron Rodgers has rubbed off on me.”

Yesterday, though, Mayne did indeed confirm the news, speaking at relative length on the new show in an interview with Julie Stewart-Binks:

Cari Champion and Kenny Mayne doing a nightly Olympics highlights show is a fairly perfect fit; both have plenty of SportsCenter experience, after all, and it’s hard to imagine the duo delivering anything less than an entertaining and informative broadcast. Champion left ESPN back in 2020, while Mayne wrapped his own decades-long run at the network just a few weeks ago. Considering how long they overlapped, it is kind of wild they haven’t worked together until now.

It’s a potentially vital one, too; the Olympics are massive, and most people won’t exactly be watching all the coverage throughout the day, or even all of the network coverage in the evening. Bringing two high-profile former ESPN talents from Bristol to Stamford is a logical move, even if it is just for one Olympics run.