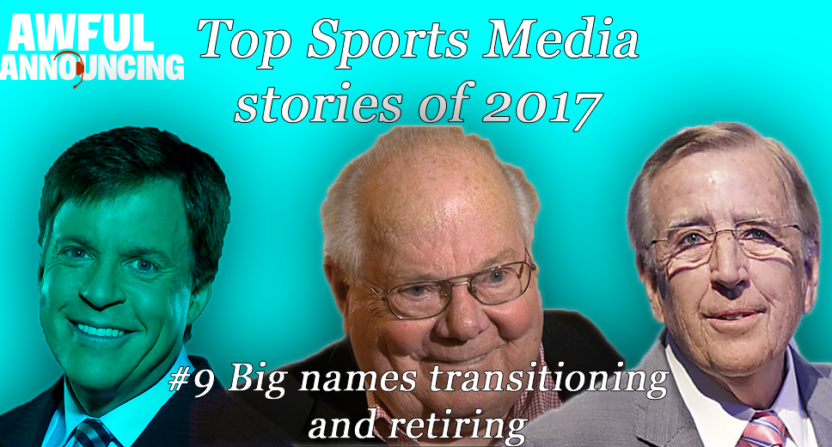 The year 2017 brought some upheaval to sports television. Long-time announcers either retired or decided to cut back on familiar roles. Whether it was on the national level or the local level, several big names decided it was time for the golf course or take a reduced role. And with some familiar announcers reaching retirement age, it’s not surprising that we’re seeing a transition from the older generation to younger people.

This year began the change that some sports fans had been long anticipating. Let’s look back at the year in transition: 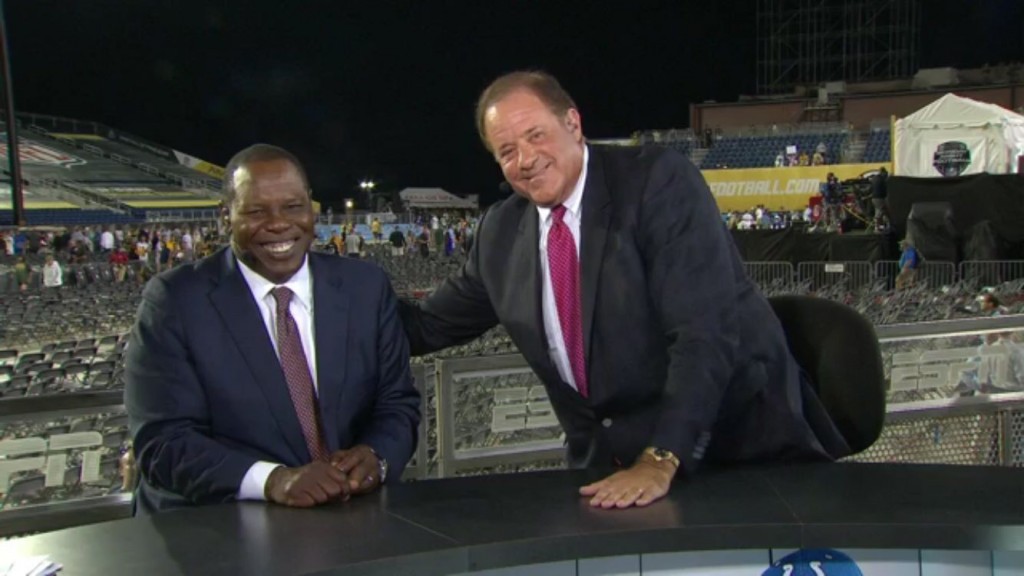 At the beginning of 2017, ESPN and Chris Berman announced that he would be stepping down from his traditional NFL hosting duties of fronting Sunday NFL Countdown, Monday Night Countdown and the NFL Draft. It would lead ESPN to bring in Samantha Ponder, Suzy Kolber and Trey Wingo to replace him.

But as Berman was preparing to spend most of his year on the beach, his wife Kathy was killed in a car crash. It led to a wide outpouring of support for the announcer who had long been the face of ESPN.

However, Berman wasn’t totally off the network in 2017. He voiced features for Monday Night Countdown and also called the Red Sox-Astros American League Division Series on ESPN Radio.

And you’ll see him on ESPN’s Super Bowl coverage in January. 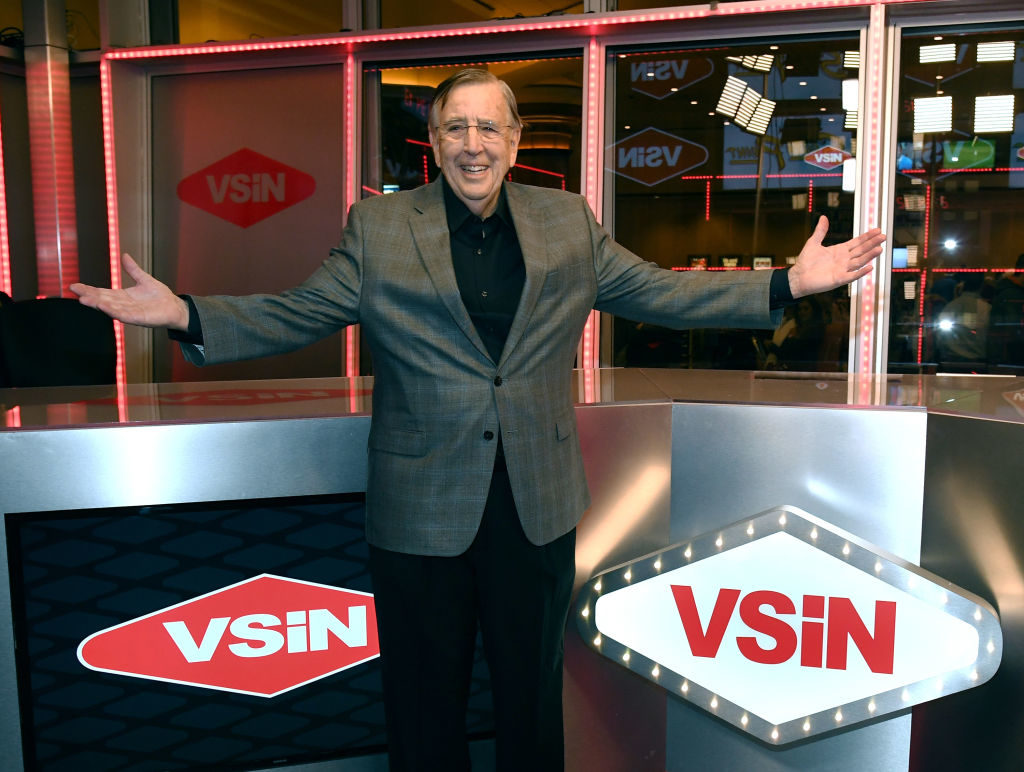 Shortly after ESPN announced Chris Berman’s departure from his NFL roles, Brent Musburger revealed that he would be leaving the Worldwide Leader for a new radio venture called VSiN, a 24-hour radio network based out of Las Vegas devoted to gambling.

The man who revolutionized the NFL pregame host position, as well as calling many a college football and basketball game, essentially went out the way he wanted. And he’s also redefining himself in his new role as talk show radio host.

Brent also joined Twitter, so he’s not totally out of touch with his fans and even better, he’s hinting that he could return to the broadcast booth. Musburger used 2017 to transition himself out of the broadcast booth, but he’s showing no sign of slowing down. 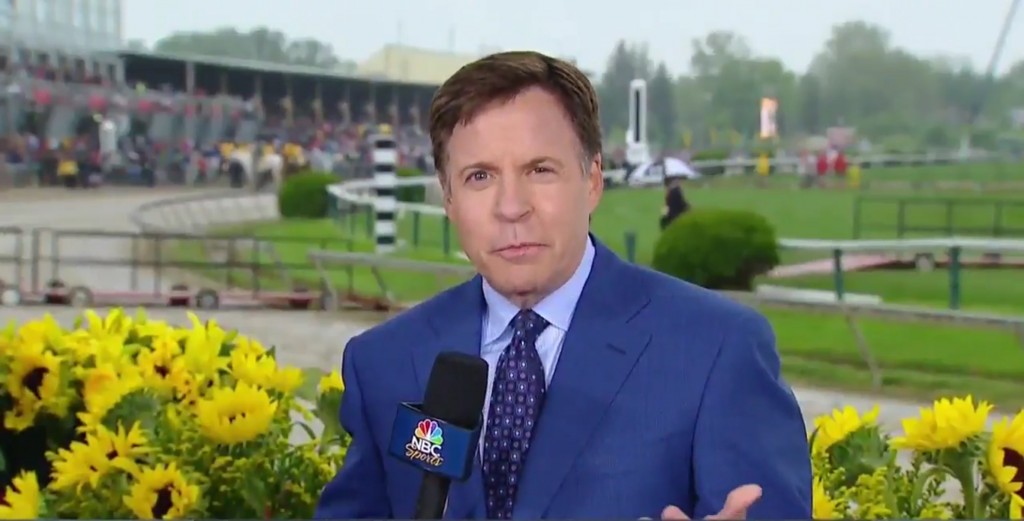 The holy diminutive one is still with NBC, but after being an Olympics host dating back to 1988, Bob Costas will spend the 2018 Winter Games in South Korea just like most of us, watching from the comforts of his own home. In February, Costas announced that he was passing the torch of hosting the Olympics to Mike Tirico. In addition, Costas cut back on his duties for Sunday Night Football, giving that also to Tirico.

Now being freed up to do other things, Costas popped up on a NASCAR event and he’ll be back hosting the Super Bowl in February while Tirico is in Pyeongchang getting ready to host the Olympics. Costas said he’ll appear on NBC Sports in a role similar to Tom Brokaw on NBC News, mostly as a commentator and when breaking news occurs.

Costas did receive an honor from the Baseball Hall of Fame, being named the recipient of the Ford C. Frick Award for his work in calling MLB games, this despite not having called a World Series since 1999. 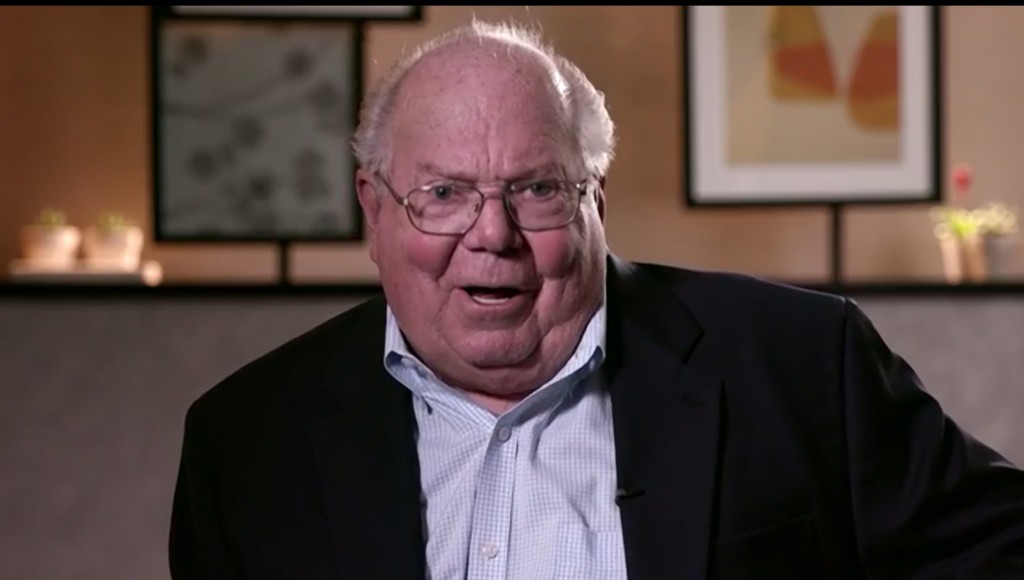 It was last year that Uncle Verne announced he would no longer be calling SEC football games for CBS, but when the season kicked off back in September, it finally hit us that he wouldn’t be behind the mic. Throughout 2017, Lundquist still called the NCAA Tournament, The Masters and the PGA Championship, but wasn’t in his traditional position on the SEC on CBS.

While Brad Nessler made the tradition a seamless one, it was still an adjustment not to hear him calling SEC games on Saturday with Gary Danielson. 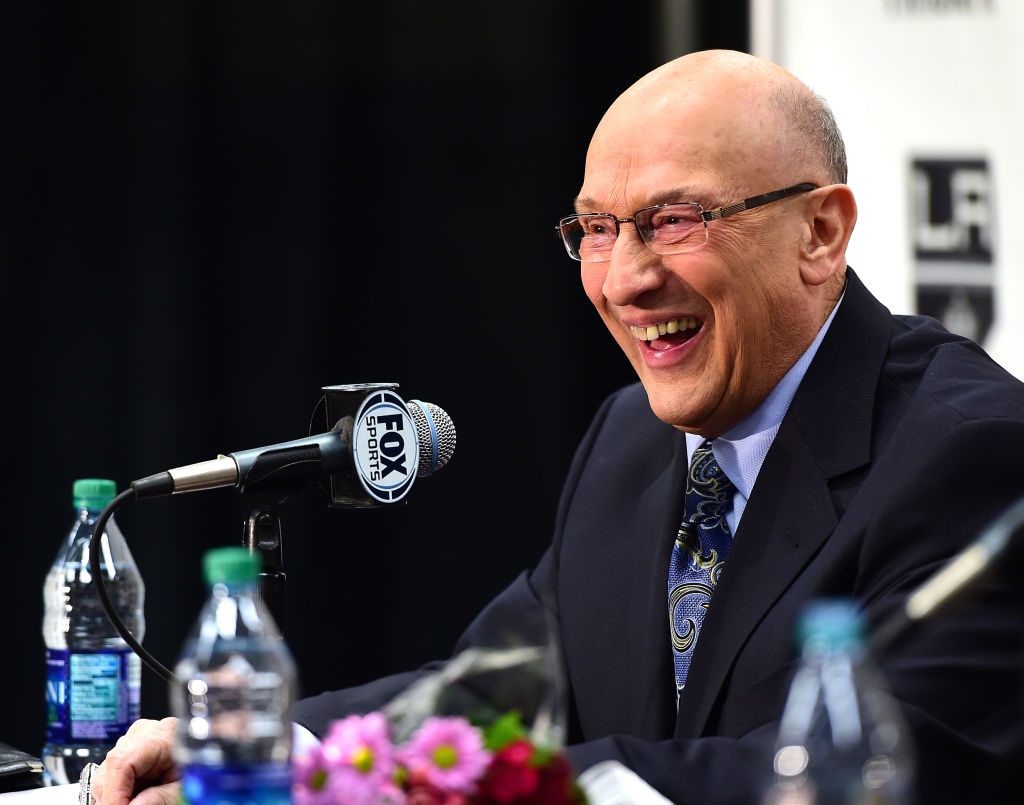 Los Angeles sports fans had to deal with the retirements of two of their beloved announcers in 2016 and 2017. Last year, it was Voice of the Dodgers, Vin Scully. This year, it was Kings play caller Bob Miller. Back in March, Miller formally announced his retirement, citing health issues that had beset him including heart bypass surgery and a mild stroke that had caused him to miss games.

Miller had called Kings games dating back to the 1973 season and had been given a lifetime contract by the team to remain as its TV voice. However, time caught up to Miller and he decided to hang up his headset for good.

He got a great sendoff in his final home game at Staples Center and then bid adieu to the fans the following night in his regular season finale.

It will be interesting to see what 2018 brings. With announcers like Al Michaels, Marv Albert, Hawk Harrelson and Bill Raftery all in their seventies, their retirements will be coming sooner than later and the transition of voices in the broadcast booth will continue in the next few years.