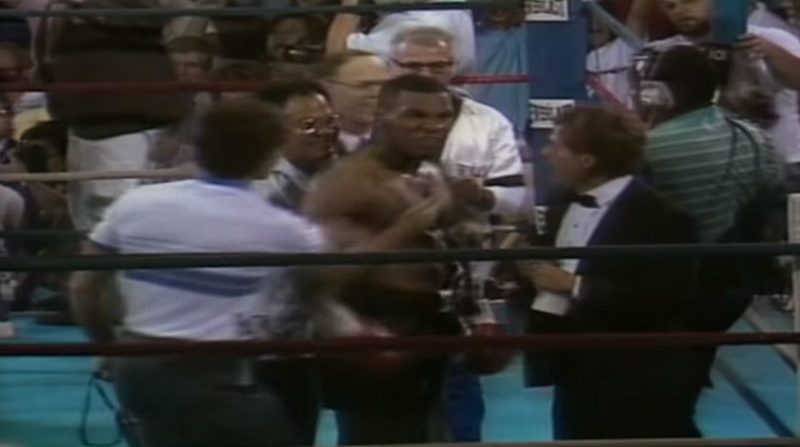 Documentaries like OJ: Made in America and The Last Dance don’t come along every day. They’re lengthy, multi-part films focusing on iconic (for better or worse) athletes or, in the case of The Last Dance, the team surrounding that athlete. Many other iconic athletes and teams have had documentaries made about them, but they haven’t gotten the multi-part treatment, and in some cases, that has been a disappointment.

However, in some cases, there is still fat in the bone with various sports personalities and teams. And in some of those cases, there’s not just enough fat for a standard documentary, but enough fat for a massive, multi-part event that will definitively tell their story as it’s never been told before. So, which athletes or teams deserve a documentary like OJ: Made in America or The Last Dance? Our stsaff

Ian Casselberry: My reflexive response was to say Muhammad Ali, but Ken Burns is taking care of The Greatest. I also think a multi-part documentary on the Bill Walsh coaching tree would be fascinating, though probably not interesting to a wide audience. (And A Football Life covered how influential his book, Finding the Winning Edge, is.)

So I’ll pick the Jimmy Johnson-era Dallas Cowboys. I realize Johnson’s career and tenure in Dallas was covered for A Football Life, but the story is so much broader than that. Jerry Jones building the fortune with which he bought the Cowboys. Firing legendary coach Tom Landry and hiring Johnson out of college. Johnson’s innovations in building an NFL team, some of which are used to this day. The implosion of the Jones-Johnson relationship. Johnson not being in the Cowboys’ Ring of Honor despite winning two Super Bowls.

Then you have the players, many of them Hall of Famers. Michael Irvin. Johnson drafted Troy Aikman, then Steve Walsh to compete with him. Emmitt Smith. Charles Haley. Deion Sanders. Leon Lett. Jeff Pearlman’s book, Boys Will Be Boys, could be the blueprint for a documentary to follow on those personalities. Writers like Rick Gosselin and Skip Bayless made their reputations covering those teams. That’s a whole lot of material that could fill up several compelling hours.

Joe Lucia: Mike Tyson has been featured in three 30 for 30 installments, but he wasn’t the primary focus in any of them. 2010’s One Night in Vegas was mainly focused on Tupac Shakur, his friendship with Tyson, and Shakur’s murder. In Chasing Tyson, the spotlight was shared with Evander Holyfield. Finally, the most latest Tyson 30 for 30 is 42:1, where Buster Douglas’ upset win over Tyson is the story of the film.

As for non-30 for 30 films, there have been three, but all came at least a decade ago. 1993’s Fallen Champ is a good base for what a Tyson doc would look like, but was released prior to Tyson’s controversial (to put it mildly) post-jail comeback and even more subsequent out of the ring issues. 1995’s Tyson wasn’t a documentary at all, and starred Michael Jai White as Tyson. 2008’s Tyson is thought of as the gold standard for Tyson features, though it’s told from Tyson’s uncritical point of view.

I think a multi-part Tyson doc would be a layup for any interested filmmakers, provided they could get the necessary footage and cooperation from potential interviewees. Loosely sketching out a possible five-part series, the first part could focus on Tyson’s upbringing and his entrance into boxing. The second part could discuss his meteoric rise, and the third would discuss his stunning fall and myriad legal and criminal troubles. The fourth’s focus would be on Tyson’s ill-fated comeback, and the fifth would dabble in his post-fighting life. I think it would be incredibly compelling, much in the way the OJ docuseries was, and if done properly, it wouldn’t cast Tyson in a sympathetic light, a major concern when discussing athletes with a history like his.

Jay Rigdon: If I could commission a deep dive doc into one specific event, it would unquestionably be the Malice at the Palace brawl, and how it changed the trajectory of that entire NBA season (and the Pacers franchise.) But that’s not really a great fit for this question, as fun as it would be (for at least dozens of people.) So, instead: imagine a sprawling look into Tiger Woods from the moment he crashed his SUV into a fire hydrant in 2009. His travails after that are just absurd; a DUI received after passing out in his car due to prescription pain medication is maybe not even in the top five. And after all of the personal life issues, and all of the health issues (his spine is fused!) and after all of the on-course issues (he could barely hit a golf ball for years), he did this in 2019.

Golf isn’t a team sport, so it’s harder to get color and flavor and various perspectives on the same events that makes something like The Last Dance so engrossing. But if Tiger were truly open, to the level that Jordan has been so far, you wouldn’t need much more to make it must-watch.

Matt Clapp: How about a docuseries on futility in sports?

The Cleveland Browns and Detroit Lions, the New York Knicks (in a huge market) in the 21st century, the Chicago Cubs and Boston Red Sox before finally winning it all, etc. What did it take for these organizations to suck so badly, for so long? Maybe there could be an episode on the biggest missed opportunities and head-scratching decisions in sports.

To me, that’s all as interesting as the dynasties and success. It’s arguably as difficult to be so shitty for decades (even the Florida/Miami Marlins, for example, have found a way to win two championships). And there’s no doubt that the docuseries would provide plenty of comedy.