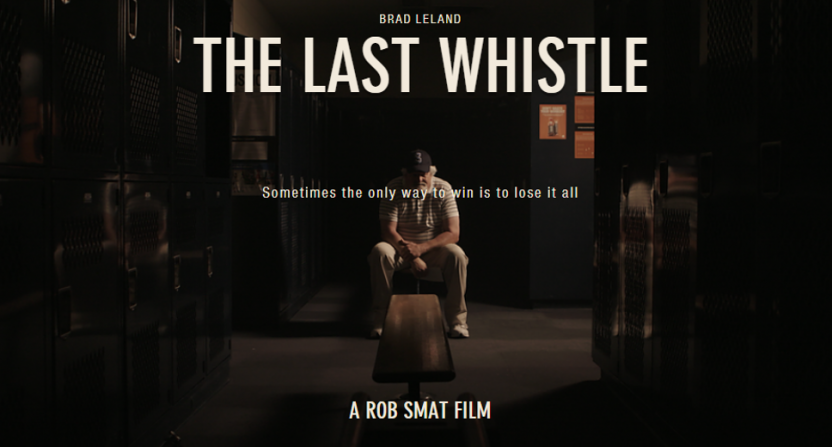 Last month, we covered the news of former LSU coach (and brief ESPN/Fox broadcaster, and current Players Tribune podcaster and Dr Pepper/Dos Equis endorser) Les Miles getting further into his passion for acting with a significant role in the new movie The Last Whistle. The movie tells the story of an all-star football player who collapses during practice, and the aftermath of that for a coach and a community.

Since then, AA spoke to director Rob Smat about the movie, the cast he pulled together, and about what it was like to direct everyone from Brad Leland (Friday Night Lights) to Jim O’Heir (Parks and Recreation) to Miles. Smat said the idea came about as a pitch for Robert Rodriguez’s series on making a first film with heavy budget constraints, but when it wasn’t picked, he opted to go ahead anyway.

“The Last Whistle was actually an idea for a TV show I pitched that got made earlier this year. It was called Rebel Without A Crew, and it was run by Robert Rodriguez. He started out doing very low-budget, high-quality movies and got himself a lot of notoriety as just this very efficient and creative filmmaker. So he started this TV show based on the book that he wrote about his career, and they were looking for movies, at that time they were looking for very low budgets. That was the origin of this story; I’d written a couple of things that couldn’t be done for the budgets they were asking for, so I started thinking of the resources I had access to and started to build a movie around those resources, a movie I knew I could make. And in the end, they didn’t pick the film for the TV show, because I think it was still a little higher-budget than they were looking for, so I decided to just go and do it myself.”

That was a challenge, though, as this was the first film Smat had made on this scale.

“I’ve been making movies ever since I was in my backyard with a camcorder and went to USC to study filmmaking and do their film school track, but I had never done anything of this scale before. And I’d sort of memorized the textbook on how to do it, but that doesn’t really stack up to the actual experience of doing it. I was about as prepared as I could be, but it was definitely a new thing.”

But Smat said lining up the financing went well, as he had a solid business plan to present to investors.

“We had a lot of people in Texas and California both who were excited about the prospect of a movie and had had opportunities in the past to invest in movies, but didn’t feel it was a solid investment until they met us. What we tried to do when we sat down with them was ‘Hey, here’s why independent movies are losing money right now, and here’s what we’re going to do with this project to make your money back plus.’ Investors responded really well to that, and we were just lucky to have a lot of people who believed in us and were enthusiastic about the project.” 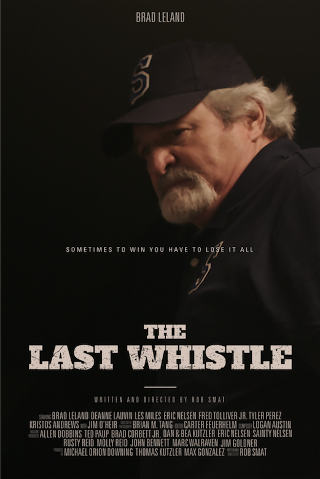 Why football, though? Smat said he felt it’s been an underserved topic lately, as it’s harder to get a football movie made given overseas markets’ limited interest.

“I noticed that there was a real lack of football content getting made in the past couple of years. I have so many friends from when I lived in Texas and played high school football there who just always loved Friday Night Lights and Remember The Titans, just those super-famous football movies, and what’s happened in the past five years is that sports movies aren’t getting made as much because they don’t sell well overseas. So it’s bad for these higher-budget movies, but because we made this movie for less than a million dollars, we don’t have to go sell it in China or in France or anything like that. We’ve just got to sell it here. And that’s kind of cool, because there’s this niche that’s opened up in the market, movies like sports movies, things that don’t play worldwide but only play to a very specific type of audience, can only get made by people like us who are kind of very in tune with it.”

“On top of that, it’s a world that I know very well. I played football with a state championship team in Texas, and that’s the team we went back to when we went and filmed it and said ‘Hey, do you mind if we rent your stadium for a couple nights and bring out some fans?’ They were super, super helpful and encouraging.”

It’s particularly interesting to see The Last Whistle coming out now that coaches’ treatment of players and injuries and deaths from practice have jumped into the national news cycle thanks to the tragic death of University of Maryland player Jordan McNair and the ensuing investigations. Smat said his film was shot before McNair’s death, but the idea was based on some past incidents.

“The big question that’s come up as we moved forward with this story, ‘Everything that’s happened at the University of Maryland with the Jordan McNair tragedy, obviously you can’t base the movie on that because that only happened six or seven weeks ago, but where’s this crystal ball?’ Really, everything that happened with Jordan McNair has been very bizarre timing; the events played out in real life as we were editing the movie. It’s crazy.”

“When I was initially looking for a story that would fit in that football world, I knew that we wouldn’t be able to rely on gross amounts of actual games and practices, these things that required tons and tons of people and stunts. So I really tried to pick out a character that I thought that maybe the audience could follow and really connect with and maybe get inside their head, which is how we were led to hone in on the character of Coach Vic, played by Brad Leland.”

“From there, I sort of extrapolated ‘Okay, what’s something this guy’s going to go through that’s not just ‘Oh, we’ve got to win the game!’ What’s something a little bigger than that?’ And as I was thinking about this, there was the story that made national news around this time of the player (16-year-old Long Island high school player Joshua Mileto) who was crushed during a drill. Just a very tragic story. They had to carry telephone poles or something across the field, and somebody dropped it and it landed on him wrong, and it was just terrible.”

“So that sort of got in my head, and while that was a freak accident, it got me thinking of all those kids who I would play with or hear about when I was playing high school football who would collapse during practice and never get up again. So I just remembered how tragic and difficult that always was and how it’s a little more common than everybody thinks it is, so that’s where I came up with the idea.”

Smat said the discussion of the McNair tragedy has made his film seem less outlandish than it might have initially.

“When I wrote the script about a year ago, I had a couple of friends who were in the football world, a couple of friends who were in the screenwriting world give it a read, give me some thoughts on it, and one of the biggest notes that we got back was ‘Oh, it’s a good movie, but I don’t really feel like the lawsuit is something believable to me, I don’t see that happening.’ So it’s kind of crazy that only six or seven months after that we’ve got this lawsuit and national headlines that totally mentions everything in the movie. And I wasn’t expecting that, I think I even agreed with them but was like ‘Yeah, it’s a movie, you just have to try and suspend your disbelief.’ But now it’s totally foreseeable.”

Despite the budget constraints, Smat was able to line up an impressive cast of actors, including Leland, O’Heir, Emmy winners Eric Nelsen (Erase, The Affair), Sainty Nelsen (Netflix’s Trolls), and Kristos Andrews (The Bay), as well as Fred Tolliver Jr. (Red Hook Summer, Netflix’s She’s Gotta Have It), Tyler Perez (Code Black), and more. He said the cast was incredible to work with.

“Everybody in the cast brought so much to the project, it was an absolute joy to work with each and every one of them, and it shows in the finished movie. This is a movie with a lot of characters and a lot of moving parts, and some of these characters are only in three or four scenes but they make an impact on you as a viewer, and that’s a testament to their talent as actors.”