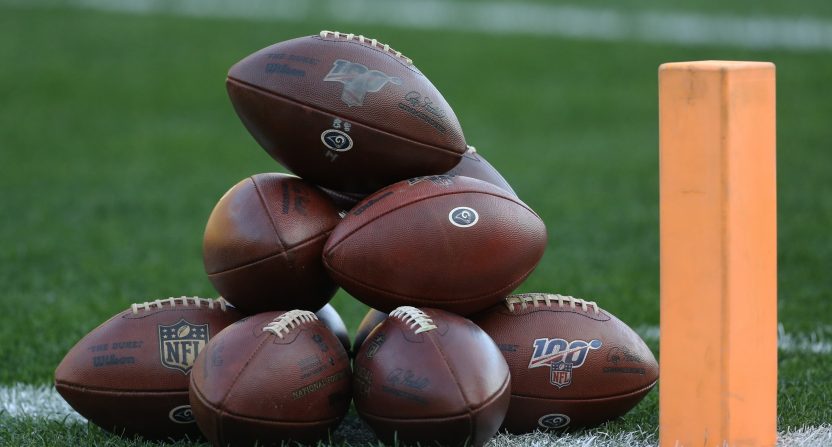 For the second year in a row, it’s time for you to rate the NFL’s broadcast teams. This year, we’ll be voting on one fewer team (which will be explained below), and two teams from last year lost a member back to the playing field.

Over the next three or so days, we’re asking you rate all of the NFL’s regular broadcast teams. As usual, a grade of A is the best, a grade of F is the worst, and the other three grades fall in between. This isn’t rocket science. Once all the votes have been cast, we’ll tally up the final ratings for each crew (with a score of 4 being assigned to an A, 3 to a B, and so on, down to a 0 for F) and assign a final grade.

If you missed last year’s rankings, click here to check them out.

And now, the caveats…

Polls will run through 8 PM Eastern/5 PM Pacific on Thursday, November 21st. The final rankings will be released sometime on Monday, November 25th so you can get in some pre-Thanksgiving reading.