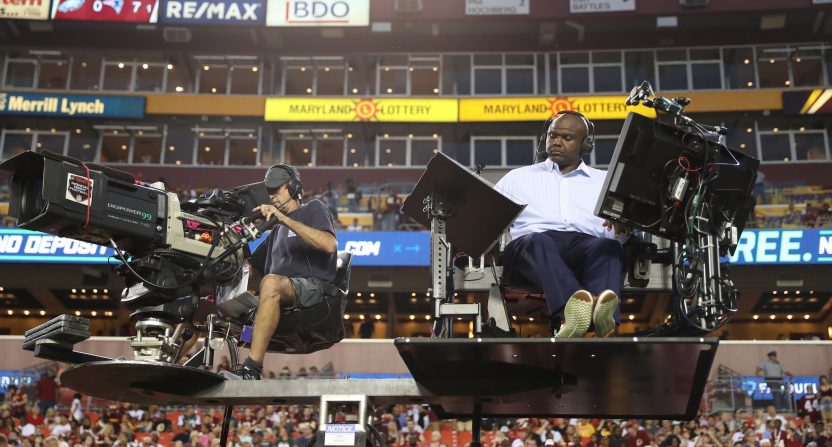 Now that 2019 is upon us, it’s time to look forward instead of backwards, which we did last week with our top stories and hot takes of 2018. This will be a year without huge global events like the Olympics or World Cup, eating up large chunks of the sports calendar, and the networks will be in the midst of their regular contracts without transitions and upheaval. But even with that in mind, there are some stories to watch in 2019. Don’t forget, we’re just a few years away from negotiations for MLB, NFL, NHL, and some of the major college conferences, and as we saw with Fox’s MLB contract, some networks could look to negotiate extensions sooner rather than later.

What are the stories we should follow in 2019? They’re listed below, in no particular order:

1. What will ESPN do with Monday Night Football? 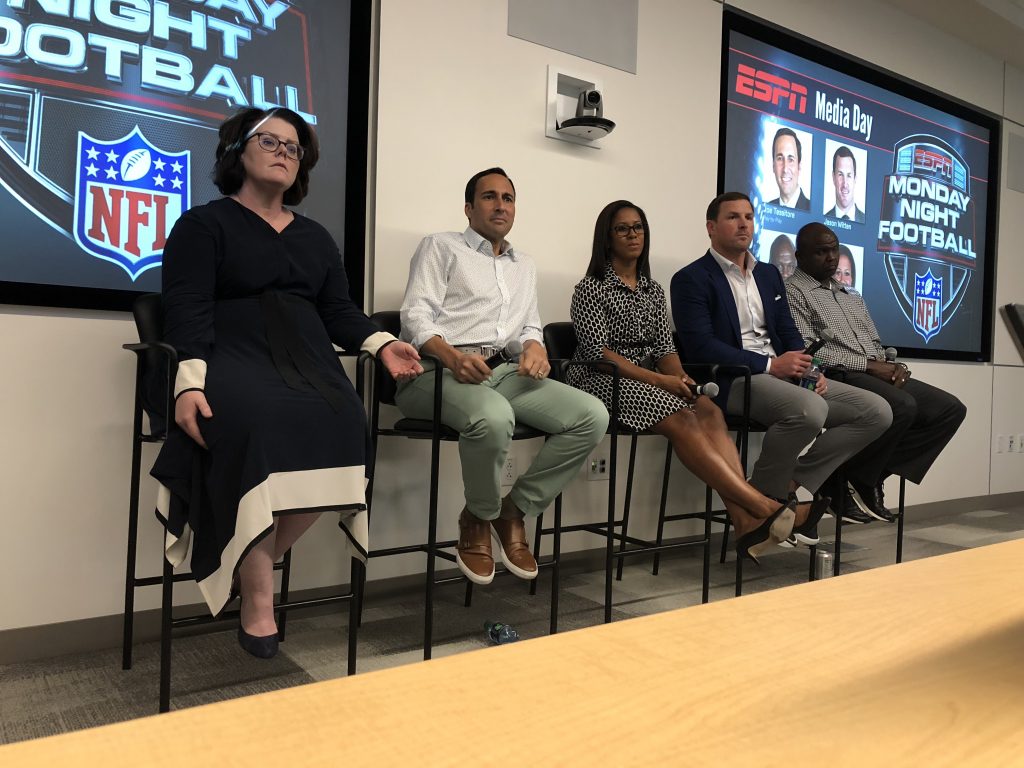 The MNF announcing team of Joe Tessitore, Jason Witten, and Booger McFarland was much maligned in 2018, and for good reason. We watched a rookie analyst in Witten struggle right from start and never really get comfortable. Putting McFarland in a raised cart (a.k.a. The Booger Mobile) on the sidelines incurred the wrath of fans at stadiums across the country. Will Booger be in the booth in 2019, or will the Booger Mobile be back? Will ESPN implement some tweaks to the booth or will it stand pat? Since ESPN took over the rights to MNF, it has typically made changes after two years (think of an average Doctor Who regeneration), although Joe Theismann was replaced after just one season on MNF.

Unless ESPN feels this booth isn’t worth another year of criticism, it’s likely that it will stay the course for now. We will see what changes ESPN will make after the three call the Super Bowl for an international audience in February, and if there’s better chemistry with the three in the same booth for that game, then expect to see the Booger Mobile shucked for 2019. But overall, expect some minor changes in the fall rather than a complete overhaul.

This transition began last year when Fox’s parent company sold its entertainment assets to Disney. Fox began to depend more on live sporting events to fill its primetime programming lineup, and that strategy started last January when it obtained Thursday Night Football for five seasons and continued when it wrestled WWE Smackdown away from NBCUniversal. Fox continued down the live event road by negotiating a new MLB contract early to ensure it would carry the World Series for eight more years, beginning in 2022.

In September, Fox also replaced UFC (which went to ESPN) with Premier Boxing Champions, which will have a live slate of fights throughout 2019.

But as Fox goes to more sports in primetime, there will be another major question for another key Fox Sports asset.

3. What will happen to the Fox Sports regional networks? 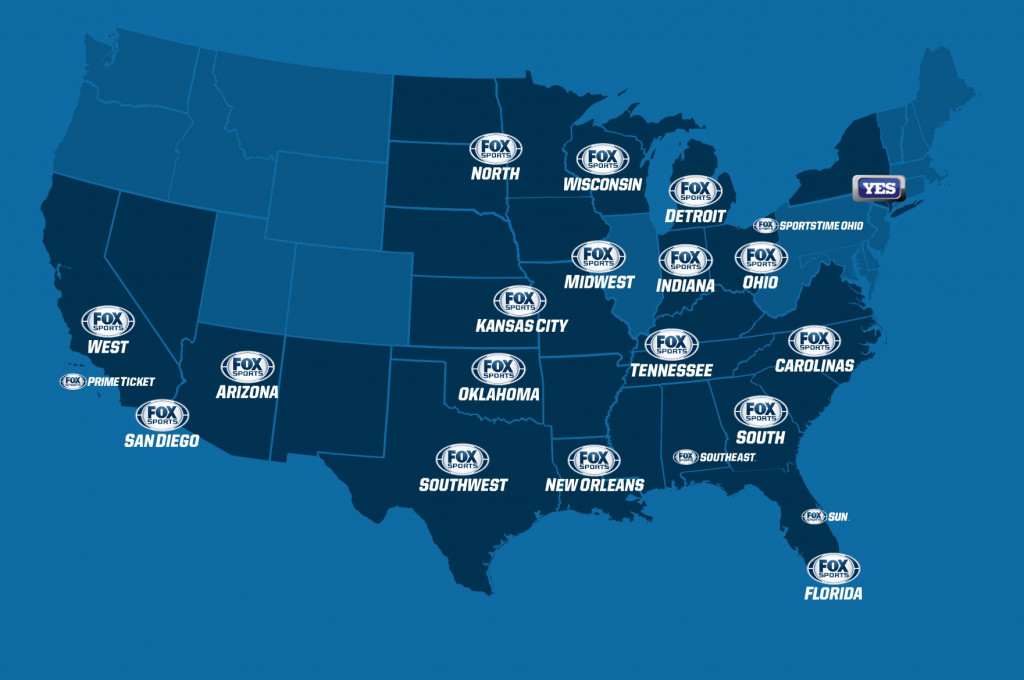 With Fox’s sale of its assets to Disney, federal regulators mandated the sale of the Fox Sports regional networks. We’ve seen stories about alleged frontrunners, private equity firms, tech companies, and a variety of other companies that either bid or didn’t bid for part, or just one, of the 22 regional sports networks. After the first round of bidding, established media companies like Comcast or Fox were absent. Will we see them in the second round? Who knows, but at this point, the sale of the FSNs will continue well into 2019, and it seems equally likely that the networks will be sold off piecemeal rather than in bulk.

There’s also the question whether the New York Yankees will buy back the YES Network or allow the channel to be part of the sale.

4. How many more subscribers will cable lose?

Cable lost customers like a dog sheds fur over the summer. ESPN is down to 86 million homes after being in almost 100 million in 2011, and other cable sports networks are predictably seeing erosion as well. Pay TV is losing customers, but streaming services like YouTube TV are not necessarily picking up the slack. With the cable model taking massive hits, what will the networks do? Will they use a direct-to-consumer model as ESPN has done with ESPN+? With so many streaming services around, can cable providers find a way to keep customers? This is one story that will have ramifications far beyond the sports world in 2019.

5. Will DAZN make an impact?

In just one year, DAZN has picked up major boxing and MMA fight cards, as well as a new MLB highlights show and the Canadian rights to the English Premier League. While the rights to other leagues won’t expire until the next decade, the streaming platform headed by former ESPN President John Skipper will try to get a seat at the table to talk turkey and gain more rights. It has a business model that is totally different from the traditional networks, and it hopes that its revenue stream will not be as dependent on advertising.

Will it have an influence on sports rights? We’ll see, but for now, its impact is rather minimal. That might change if it buys more rights down the road.