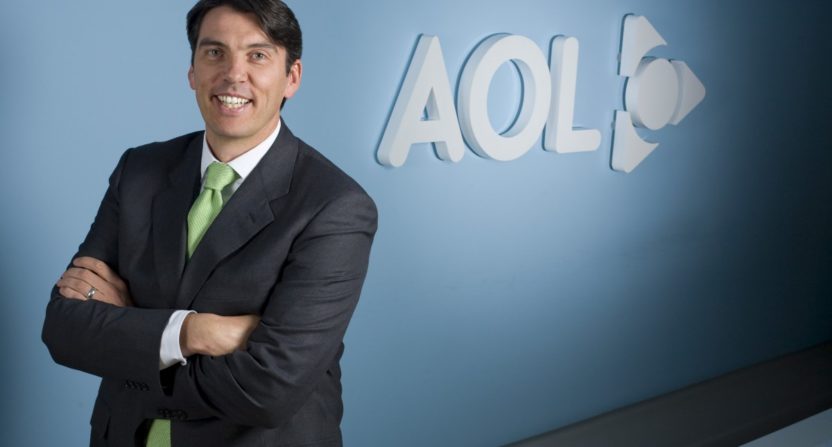 An interesting part of the ongoing Yahoo Sports layoffs is how they’re coming thanks to Verizon acquiring the company and combining them with AOL and The Huffington Post to create the new “Oath.” That’s expected to cause around 2,100 job losses in total, 15 per cent of the companies’ combined staff, but the layoffs’ described “focus on redundant tasks” wouldn’t seem to apply to sports, given the minimal sports coverage at both AOL and The Huffington Post.

However, Yahoo Sports is certainly being hit hard here, with the likes of Joe Lago, Kelly Dwyer, Sean Leahy, Eric Freeman, Jen Neale and Josh Cooper already laid off, the esports vertical shut down, other cuts still to come, and Adrian Wojnarowski (and likely some or all of his staff from The Vertical) set to leave for ESPN. And one thing that really doesn’t bode well for the future of Yahoo Sports, at least from a historical perspective, is that the new man in charge is Oath CEO Tim Armstrong.

Overall, Armstrong’s career as a media executive has been pretty successful. He’s gone from starting and running financial newspapers in Boston to key roles at I-Way, Starwave, Disney/ABC/ESPN and Google before starting Patch and then taking over AOL in 2009. And while his AOL tenure has been far from flawless, he did find some success there, and he was able to not only arrange Verizon’s $4.4 billion purchase of the company in 2015, but to stay on as CEO afterwards. But just about everything Armstrong has been involved with on the sports side has, like Richard Hendricks’ reverse Midas touch, become the opposite of gold.

The most obvious example here is AOL FanHouse, where Armstrong played a key role in its demise. FanHouse wasn’t perfect when he took over AOL in 2009, and was already struggling (thanks at least partly to hiring expensive columnists who didn’t produce increased traffic ), but it was still pulling millions of unique users a month. Its 9.7 million uniques in December 2010 were a drop-off from the 11 million in January 2009 (ahead of the hires of the columnists) and only a small improvement over the 9.1 million uniques in December 2007, nearer to the start of the site),but that was still significant traffic.

That was also still pretty good by the standards of competitors. It was enough for eighth place in the comScore rankings of sports sites. But Armstrong opted to license FanHouse (mostly its domain and branding) to The Sporting News early in 2011, and AOL has been pretty much out of the sports business since; we wrote last December about how “AOL Sports” has vanished.

The story of Armstrong and sports goes well beyond FanHouse and AOL, though. In 2009, he co-founded the United Football League with Bill Hambrecht. That league decided to make the move of going head-to-head with the NFL in the fall (failing to learn from how that worked out for the USFL), and it was unable to secure stadiums, investors, or much of a TV deal (games were on Versus and HDNet originally, then later on CBS Sports Network with the league paying the full costs to produce the games). The league ceased operations in October 2012, and although it planned to return, it never did.

Before that, Armstrong owned an expansion National Lacrosse League club, the Boston Blazers. That team was announced in March 2007 and was set to begin play in 2008, but when the 2008 season was cancelled (and then later uncancelled) thanks to a work stoppage, that led to Boston (and Arizona) suspending operations for that season. The team actually began play in 2009, but that didn’t last long, leading to these extremely sad Wikipedia sentences: “On August 30, 2011, the team announced that it would be temporarily suspend operations for the 2012 season as they sought a new home facility for the 2013 season.[3] However the team has yet to resume operations by 2016.”

So, Armstrong’s track record in sports doesn’t seem all that good (although he was apparently an avid rower and lacrosse player at Connecticut College, and coached their women’s hockey team for four years). Yahoo’s track record in sports, on the other hand, is pretty impressive. Sports was often a key priority for the company, and it was that way soon after their 1997 launch. They also made plenty of acquisitions to help the sports side over the years, including numerous fantasy companies to boost their presence in that arena (which would up being a key driver for them), the acquisition of Rivals in 2007 to really crack the recruiting/subscription site market, and their 2010 acquisition of Citizen Sports (which gave them the Sportacular app, now renamed as the Yahoo Sports app).

Yahoo also featured prominently in the careers of several key content players, including executives Jamie Mottram (founder of FanHouse, more recently at Gannett/USA Today/For The Win) and Mark Pesavento (who went on to For The Win and Fox Sports). They found success with the Yahoo Sports Blogs, with columnists and investigative reporting, and with fantasy sports. They also broke numerous big stories (especially in the NBA and in college basketball), and were a huge part of the internet sports conversation.

They may still be able to be that; despite the cuts, Yahoo still has a lot of talented writers, and they still have a well-visited domain (and one that’s combined with NBC Sports; that roll-up drew 58,697,000 uniques in December, fourth amongst sports sites.) But Armstrong’s record in sports certainly doesn’t bode well for them. His failures running leagues and teams are one thing, but his time running AOL is even more important, as he put very little priority on covering sports while there, with the licensing out of FanHouse (and no real replacement for it), the lack of attention paid to AOL Sports (other than a couple of video plays that didn’t work out), and the minimal sports coverage at The Huffington Post (which AOL also acquired in early 2011, right around when they were selling off FanHouse).

Of course, the new Oath is a massive company, and it’s not like any CEO of something that big would be too likely to be micromanaging the sports section. It’s also not like Yahoo’s previous corporate leadership was always huge on sports; in fact, former CEO Marissa Mayer (who ran the company from 2012-2017) often took criticism from many involved on the sports side, especially for decisions like the infamous attempt to bring remote workers into Yahoo offices (which was particularly problematic on the sports side, and cost them some talented writers), but Yahoo Sports still did just fine. And what may matter more than Armstrong is who winds up directly in charge of Oath’s sports, and who winds up overseeing them. But it’s hard to say that Tim Armstrong has a track record of prioritizing sports coverage, or of succeeding in his sports ventures. In fact, the exact opposite seems much more true.