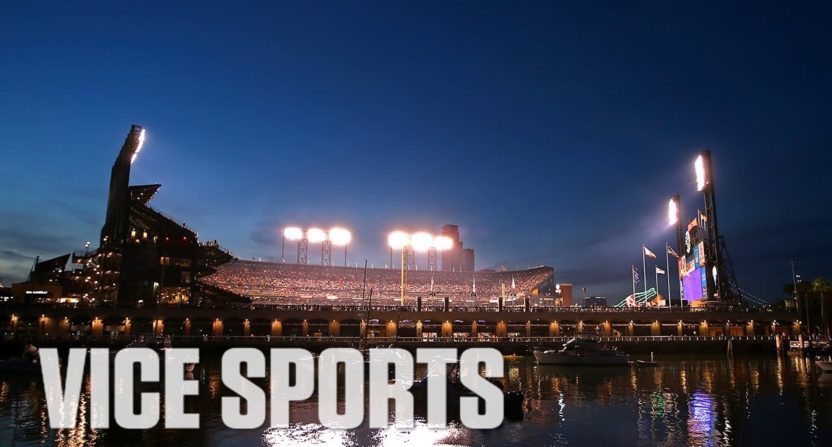 The announcement came swiftly and suddenly. Vice Sports is laying off its staff as it places more of a focus on video content. The news was first broken by Vice’s Aaron Gordon, who announced he had been laid off.

Hi everyone. I was just let go from VICE. I wasn’t the only one.

Editor-in-chief Jorge Arangure also tweeted that he was being let go:

All good things come to an end. @VICESports will cease to exist as site. And I no longer work at VICE. It was a great run.Thanks for reading

Jim Weeks of Vice Sports UK also chimed in on the shutdown:

VICE Sports is no more, lads. Thanks a million to the many amazing contributors who made it easily the best thing I've ever worked on.

The layoffs come as Vice received some $450 million in private equity funding to help jump-start international expansion and launch Vice Studios in an attempt to produce original scripted programming. It means more video content rather than original written reporting.

Variety reports that 2% of its 3,000 employees are being laid off in various departments:

As part of the staffing changes, Vice’s online arts, culture and nightlife coverage that appear on its Thump and Creators channels will move to the main Vice.com site, according to the source. Vice Sports will remain independent but will shift to a greater focus on video. (Emphasis added-ed.)

The Vice layoffs add to the carnage of writers who have lost jobs this year due to decisions to pivot from stories to all video, including at Fox Sports and MTV News.

Vice is expected to add staff following its international expansion, but that will be mainly in video production.

Vice Sports is one of the various sites and brands that Vice Media has maintained, including Vice News, the Viceland TV channel, Noisey, Munchies, and Broadly. The site has been offering original stories and has gone beyond the headlines to produce content. It combined reporting, video, columns, and offbeat topics all into one, making it a go-to site for readers.

Some of the stories on its current front page include “What Sports Stories Would Have Broken Twitter It It Existed at the Time?” and background on some of the major stories of the day.

It’s been a tough year for writers who were hoping that sites like Vice Sports would be a haven for original reporting, but once again, another site decides to focus on video, leaving talented writers out of work.