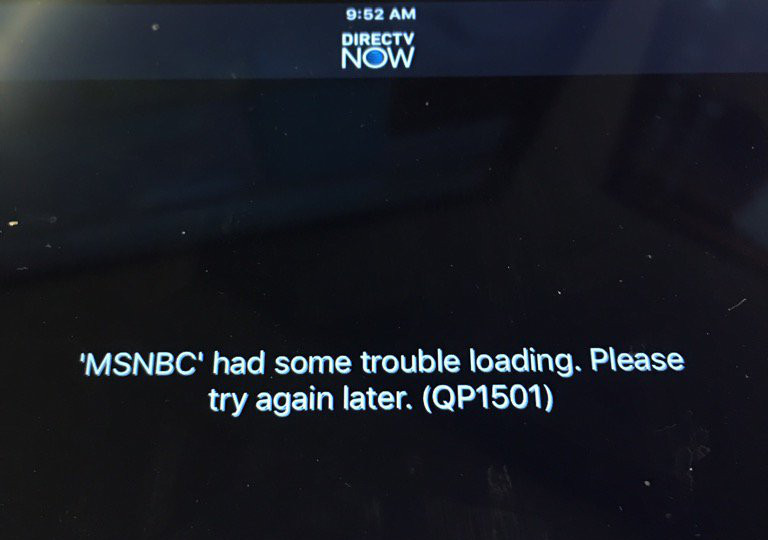 AT&T’s streaming service DirecTV Now has had plenty of issues in its first few months, from not gaining rights to CBS to not showing local regional sports network games to blacking out NFL games to having major crashes and outages to regular login issues or unavailable channels for many of its users. However, the company doesn’t appear ready to offer refunds or credits to those dissatisfied with the service’s issues so far, and as TechCrunch’s Sarah Perez writes, that’s causing some upset customers to take their case to the Federal Communications Commission:

A number of consumers report they’re unable to get a refund for their subscription to AT&T’s recently launched streaming service, DirecTV Now – something they’ve requested after being unhappy with the new service’s performance. According to several postings on AT&T’s official forums, customers found the only way to get help was through a hard-to-find chat feature, and when they asked the AT&T reps about refunds, the customers were told they were not offered.

…One customer got so fed up, they filed a complaint with the FCC, which did provide them with a $25 refund after they explained that AT&T wasn’t offering refunds, credits or extensions of its service period, despite the service’s failure to properly function.

Many others have now done the same.

That forum thread now appears to be locked or inaccessible, but here are some of the tweets Perez includes of people saying they’re filing complaints, with some saying this has actually led to refunds for them:

@directvnow should've just issued the refund. Now ANOTHER case has been opened with the FCC and my bank refunded it for me. They are coming!

Hey @directvnow @DIRECTVNowHelp I got that refund.Went all the way to your executive complaints office with the help of the FCC #DirectTVNow

Some issues are perhaps to be expected with a new service, and it’s worth noting that even traditional cable or satellite providers do experience significant outages and don’t always offer refunds for them. People are also more likely to talk about bad experiences than good ones with television providers, so that should be kept in mind while evaluating DirecTV Now. However, the numbers of complaints about it are certainly significant, as are the numerous verifiable issues it’s experienced; they’ve gotten so bad that TVPredictions.com’s Phillip Swanni (who’s broken many of the DirecTV Now stories) has said he’s not sure their outages are even news anymore:

That's at least the fourth major outage since its debut, in addition to the daily serving of error codes and login issues. https://t.co/RatPqdvulU

. @jgobble Not sure if it's news anymore; how many times and ways can I write the same story? DIRECTV Now is a defective product. Period.

So, things aren’t going so well over at DirecTV Now, and plenty of their customers don’t seem to be happy. In addition to the issues with outages, login errors and more, many in Perez’s story reported issues with cancelling their free trial, being billed even after cancellation and more. A lot of them aren’t mincing their words, either, and they’re going in on DirecTV on social media:

#DirecTVNow qp 1401 all day since 4am. Give me a break. Anyone had luck getting refund/credit. I tried & they sent me a link to cancel.

@directvnow Ive begged your chat support for a refund for two weeks now. Who can i call? Your service does not work.

Of course, DirecTV Now still has a reasonably impressive channel lineup, and it still has a fair number of users. Still, the current narrative about it isn’t a good one. We’ll see if they’re able to improve the service and change that conversation as time goes on, or if the criticisms will continue.