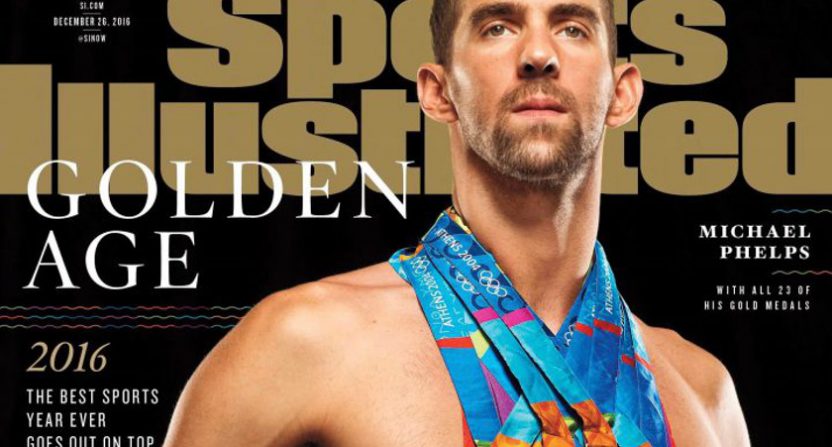 A key mission for Sports Illustrated has been figuring out the transition from a print-focused publication to a digital-focused outlet, which managing editor Chris Stone discussed with AA last June. One of the latest moves on that front involves them publishing seven fewer standalone issues this year, from 45 to 38, which should reduce mailing and production costs. A spokesman told The New York Post this is also about producing bigger double issues at the peak moments of the sports calendar:

“We have adjusted the frequency to create more double issues around the times of the year when sports are the most popular,” a spokesman said, pointing to Super Bowl and NFL Preview issues as examples.

That makes some sense, but SI has already been doing plenty of double issues around the year’s biggest events, so this is a further expansion of that. It’s worth considering in light of the comments Stone made in June about SI’s print product, too:

Reducing the frequency of print issues can also be seen as a way to encourage more magazine readers to check out SI’s web content in between issues, and to have them ideally tuning into the digital site more frequently. And there are definitely financial advantages to more frequent double issues; it’s cheaper to make and mail one bigger magazine than two smaller ones.

This should also perhaps be considered along with December’s news of Time Inc. looking for a buyer after turning down a takeover bid from Edgar Bronfman Jr. and other well-connected investors. SI has reportedly been one of the titles it’s been tougher to sell buyers on, especially for companies like Meredith that specialize in female-focused publications. Here’s what a Mergermarket report on that from December said, also emphasizing the need for Time properties to improve their digital assets:

…The other natural strategic buyer for Time would be Hearst Corporation, two of the bankers said, though both noted that it is unlikely to chase Time given that it has pivoted to investing primarily in digital and studio properties. Condé Nast is the remaining publishing peer of similar size, but has not shown itself to be an aggressive consolidator, the second banker noted.

While these buyers could leverage obvious synergies, Time’s traditional business has deteriorated, and building the case for acquiring significant additional old media assets in the middle of a digital turnaround strategy is difficult at best, two of the bankers noted.

Thus, cutting the print numbers of SI issues could serve a couple of purposes. It could make SI’s bottom line look better to Time Inc. suitors who aren’t all that interested in sports. It could also help with SI’s transition to more of a digital-focused company.

However, this does carry risk as well. For one, it may upset some subscribers not thrilled that about getting fewer issues (double issues notwithstanding) and getting magazines less frequently. For another, publishing less frequently could reduce the print magazine’s relevance, especially in a world where so much of the news is exhaustively discussed so quickly, and not all of those who read print SI are going to check out digital SI.

Still, there are potential positives of this move, especially on the cost-cutting side, and SI and Time Inc. executives clearly think it’s worth doing. We’ll see how it plays out for them.